Made from thousands of energy-generating follicles, this skyscraper uses it's luscious locks to harness the power of the wind. Intrigued? 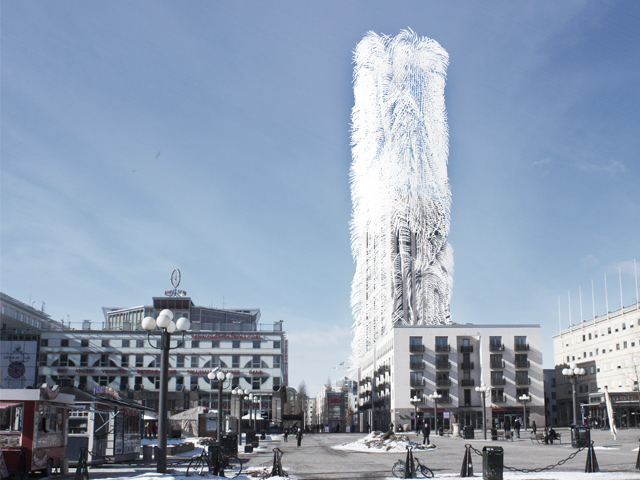 The Soder Torn is a 90’s era residential tower in Stockholm, which stands 16 stories short of its intended height. To complete the job, architecture firm Belatchew Arkitekter plans to cover its exoskeleton in a hairy skin made from thousands of energy-generating follicles. 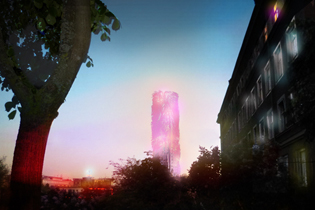 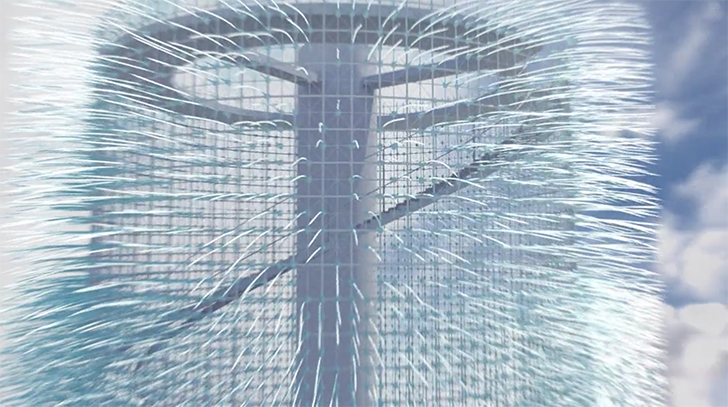 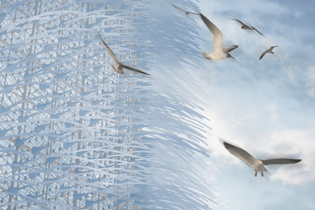 By using Piezoelectric technology, a large number of thin straws can produce electricity through small movements generated by the wind, which can be stored for later use. The hair’s tiny movement is safe for birds and humans and isn’t noisy like traditional turbines can be.

The small fibres are applicable to a variety of surfaces, replacing bulky and noise-producing technologies like wind turbines that are ill-suited for dense urban environments. In this case, the small bristles can be applied to a residential structure without disturbing the residents.

The hair-covered Strawscraper creates the illusion of movement which adds beauty and motion to the normally static city skyline.

"What is usually considered to be the most static of all things, the building, suddenly comes alive and the construction gives the impression of a body that is breathing," commented the architects.

The new proposal would reintroduce the additional 16 stories first proposed, adding a restaurant between the existing apartments as well as a viewing platform with panoramic views across Stockholm.