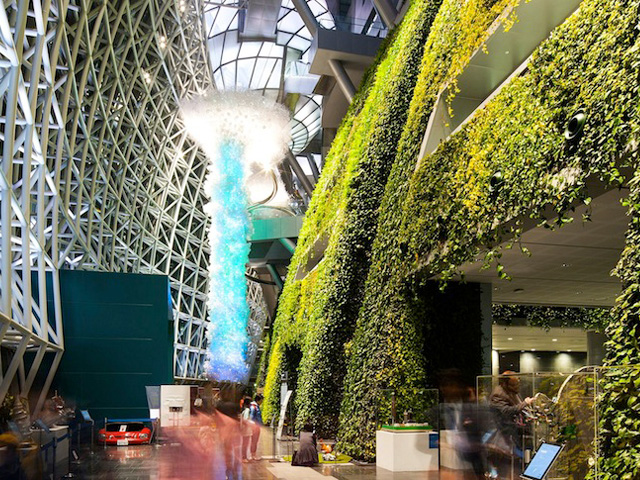 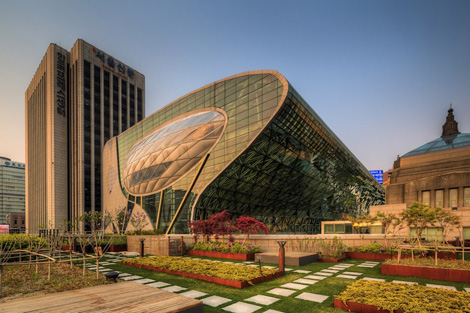 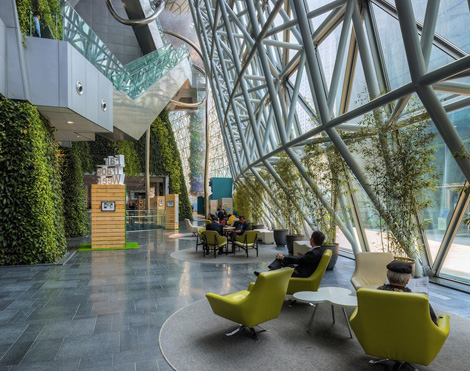 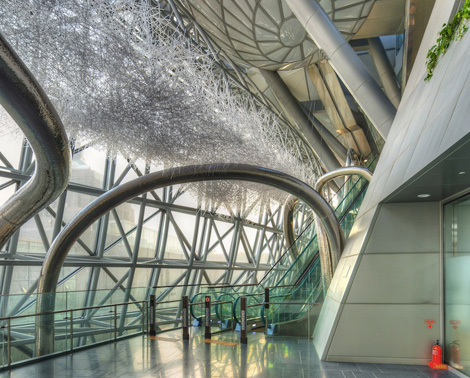 The heart of Seoul is beating even greener thanks to iArc Architects' refresh of the South Korean City Hall. The upgraded architecture symbolises both the capital’s devotion to democracy in its transparent glass façade and to sustainable development with its lush, multi-story green wall.In reference to the undulating mountainous terrain surrounding Seoul, the architects created a dramatic curve into the new city hall, which gives it a likeness to a giant wave in motion.

iArc Architects designed Seoul’s new city hall as the bridge between the city’s history and sustainability-minded future. Connected to the old city hall by an elevated bridge, the new government building also overlooks neighbouring Seoul Plaza, a symbol of forward-thinking and environmentally friendly principles. Visually, the building was designed as an extension of the eco-friendly plaza and includes a living green wall as well as an adaptive window shade system that opens and closes to mitigate solar heat gain.

In contrast to the typical staidness of government buildings, the city hall consists of a modern, whimsical design that promotes transparency and interactivity. Natural light floods the white and stainless steel interior, highlighting colourful artistic installations as well as the glittering metallic beams that curve above tall escalators linking multiple floors.

In addition to office space, the multipurpose building also includes a number of cultural facilities such as an auditorium, rooftop garden terraces, and a library.