China’s Phoenix Skyscrapers will rise a staggering 1km high and will become the world’s tallest pair of skyscrapers upon completion. 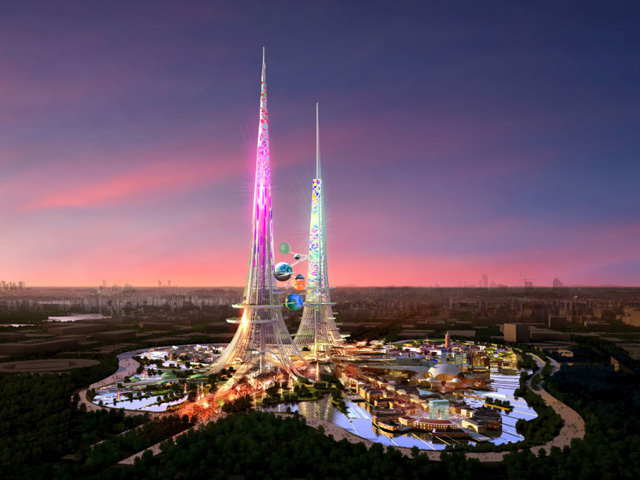 UK-based Chetwood Architects have unveiled plans for the Phoenix Towers in Wuhan, China, which will mark the world’s tallest pair of skyscrapers upon completion. 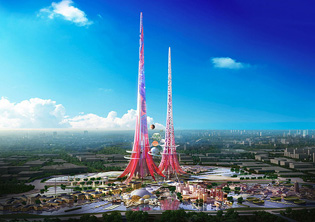 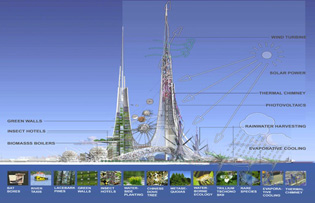 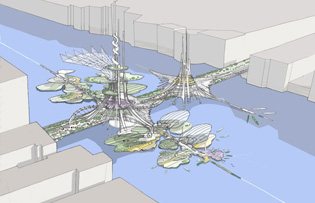 The Phoenix Towers are outfitted with wind turbines, solar panels, thermal chimneys and rainwater harvesting systems, and will act as an environmental catalyst to reinvigorate the city of Wuhan.

The Phoenix Towers will be built on a 47 hectare site on an island within a lake in Wuhan. They will reach the height of 1km which overtakes the Adrian Smith + Gordon Dill Architecture-designed Kingdom Tower in Jeddah.

The Phoenix Towers are designed to resonate with local religion and philosophy. The towers link Western technology and architecture to the Chinese myths of the phoenix; two towers represent the dual gender of the legendary bird in Chinese iconography. The taller tower is the ‘male’, containing most of the active environmental functions and feeding clean, cooled air and water and electricity into the more passive ‘female’ tower.

Only half of the taller tower will be habitable, with the upper portion devoted to mechanical functions. The upper half will function as a thermal chimney with the top being heated by the sun and drawing cool air up through its filtration systems. Other environmental features include photovoltaic cladding, wind turbines, biomass boilers and hydrogen fuel cells.

Both towers, which have been created in collaboration with engineers WSP, have a steel superstructure and concrete core and base. The bottom of each tower has been designed to emulate the raised root system of a mangrove tree, with buttresses connecting each structure to the ground creating an open space underneath and around the base for tourist-focused functions.

Construction on the Phoenix Towers will commence in the next 12 months, with completion scheduled for 2017.