Built on a chain of 90 undeveloped islands on the west coast of Saudi Arabia, The Red Sea Project has been billed as "the world's most ambitious tourism development." 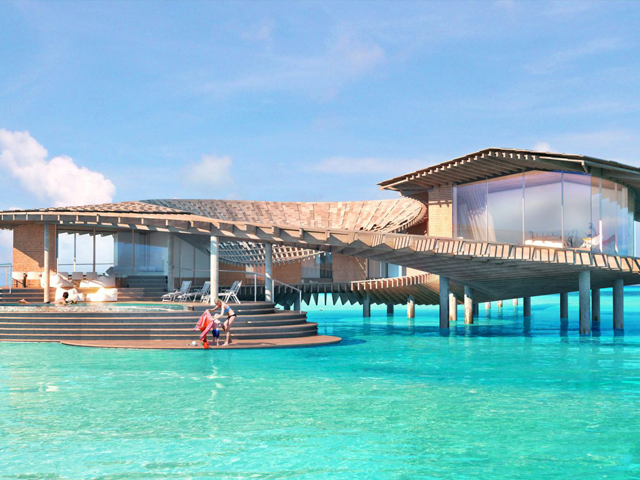 Designed by architecture studios Kengo Kuma and Associates and Foster + Partners, The Red Sea Project tourism development will be constructed on an archipelago of Saudi Arabian islands and served by its own dedicated airport. The project forms part of the country's push to increase international tourism.

While Kengo Kuma and Associates will design 100 holiday villas for the scheme, Foster + Partners will create an airport to serve the development and several hotels. "We were attracted to The Red Sea Development Company as we shared the client's vision to create a unique luxury tourism destination in the Middle East," Kengo Kuma told Dezeen. "This is a resort which seeks to embrace the natural setting and rich cultural history of the region." 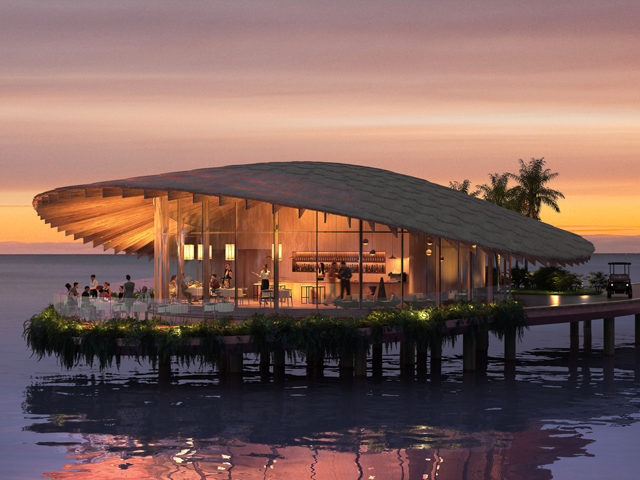 Ahead of the Phase One opening in 2022, Kuma's studio designed 100 villas on Ummahat Al Shaykh Island, some of which will be built directly over the water.

The studio also designed two speciality restaurants, one on land and one over water, as well as a community building, a spa, a reception pavilion, housekeeping villas and a guest jetty. "The design for our assets was inspired by the beautifully natural occurring elements of the island," said Kuma.

"The relatively flat terrain of the island suggested a design that works with low, horizontal volumes and that we should look to gently curve the roof of the buildings to find a harmonious relationship with the ground, with roofs emerging from the ground."

The villas that will be built on the islands were designed to emulate sand dunes, while the overwater "coral villas" have a spiralled form that provides 360-degree-views of the surrounding sea.

"The landscape which surrounds the dune villas compliments this architectural language and frames the buildings with artificial sand dunes and locally sourced vegetation," said Kuma. "The plan of the coral villas reflects the form of the buildings, gently looping upwards, creating an inner sea courtyard, and securing privacy from neighbouring buildings." 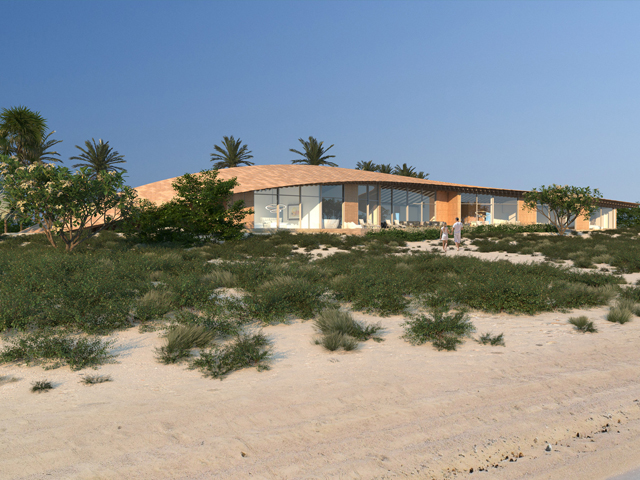 The speciality restaurant on the water and the guest jetty will also be informed by coral reefs, with the guest jetty featuring a curve canopy resembling a shell that covers the main space. "The best location for the water buildings was chosen through accurate bathymetry investigation, biodiversity studies and marine engineering studies, in an attempt to prevent any damage to the coral reef and avoiding interfering with the sea currents," Kuma said.

To serve the villas, Foster + Partners' is designing a number of larger buildings for The Red Sea Project including several hotels and its own dedicated airport. "We are working on a number of projects in the region including the state-of-the-art Red Sea International Airport as well as three major luxury developments: the Southern Dunes, located in the mountainous region inland, and Ummahat Al Sheikh and Shurayrah islands, two exclusive island resorts located off the Red Sea coast," Foster + Partners head of studio Gerard Evenden said.

The Red Sea Development Company describes the development as "grounded in sustainability and sustainable tourism", and both architecture teams have aimed to minimise the impact of the structures being built.

"Our proposals are respectful of the extreme environmental sensitivity of the region, taking a 'light-touch' approach that will have the least detrimental impact on the wonderful biodiversity of the islands," Evenden said. 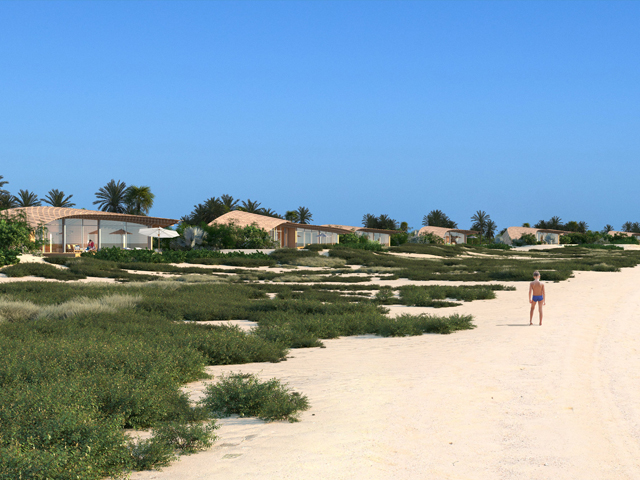 "The remote and pristine site suggested the use of prefabrication systems. We are using a mix of volumetric and panelised prefabrication."

Kenga Kuma and Associates will use salt-resistant Accoya wood, suitable for the saline-high environment, and clay plaster for its designs.

By 2022, The Red Sea Project will have developed five of the islands in the archipelago as well as two inland sites. In 2030, when the project is complete, 22 islands and six inland sites will have been developed.

Images by Lucianr via Dezeen