Suspended 300 metres above ground, the world’s highest and longest glass bridge is not for the faint hearted. 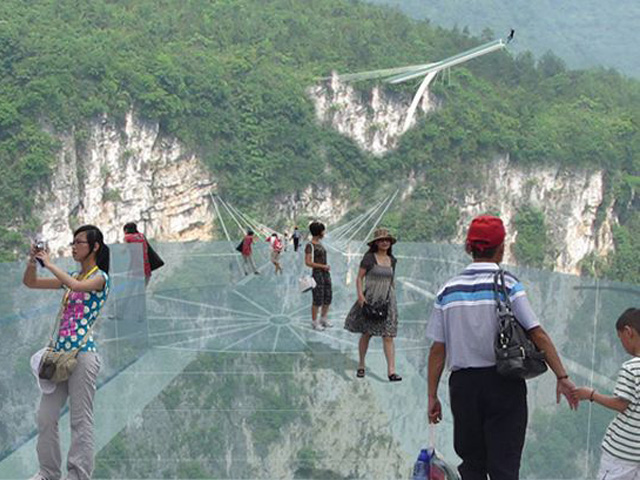 The world's highest and longest see-through skywalk is set to open this July in Zhangjiajie, a national park in the Hunan province of China. 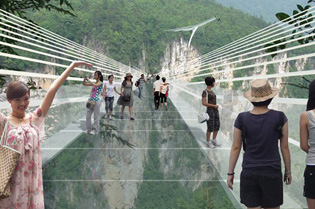 The skywalk will take the title of the world's highest from Canada's Glacier Skywalk, which opened last year in Alberta, and is suspended at almost 300 metres.

The skywalk is capable of holding 800 tourists at a time and provides unparalleled views of the national park - which was the inspiration for the movie Avatar's planet Pandora. There are also plans to use the skywalk as a runway for fashion shows.

Designed by Israeli architect Haim Dotan, the skywalk will also be the site of the world's highest bungee jump - for those who are looking for a bit more of an adrenaline rush.