WORK AND NATURE GROW IN HARMONY


Second Home Hollywood, the coworking business for entrepreneurs and innovators has opened its first US location in LA, which features 60 vibrant office spaces set in a thriving garden landscape. 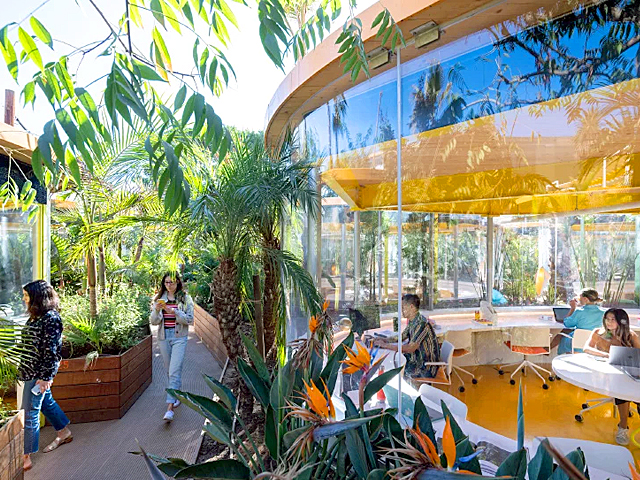 Second Home Hollywood, also known as Holla, is described by its architect Selgascano as “a collection of several recipes and ingredients of a California cocktail”. Prior to the project, the site was home to two structures: a building designed in 1964 by American architect Paul Williams, which has been retained and reused as part of the campus; and a second building, which has been demolished and replaced with a garden that contains 60 oval-shaped offices and meeting rooms.

For this part of the project, Selgascano designed oval-shaped offices of different sizes that are scattered around Second Home’s lush garden. Wrapped in transparent curved walls, the 60 rooms offer panoramic views of the surrounding plant life, immersing the offices in nature. Meanwhile, the previously existing building has been repurposed as the campus’ main entrance.

The structure contains 320 roaming workplaces on the ground floor and 200 dedicated workspaces on the first floor. Common spaces such as a café, a bar, a restaurant, an events and conference hall, break out areas, and open terraces are found throughout the building. 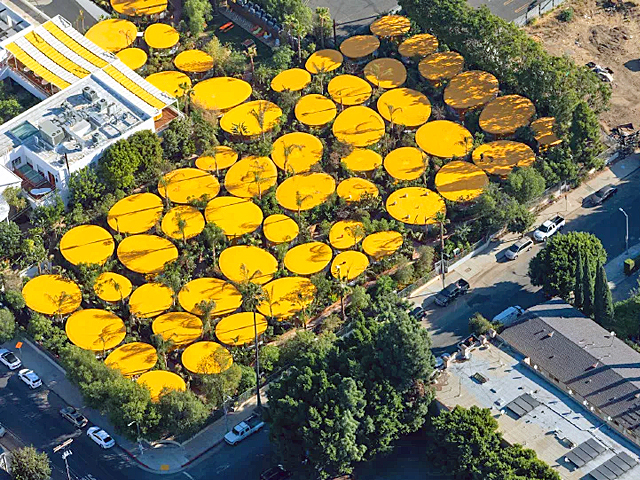 The architects say that the project’s main focus was on the outdoor environment, with the design of the interior spaces taking a back seat. “In Second Home Hollywood, instead of bringing the garden inside the office, we have brought the office out to the garden,” Selgascano explains. A network of paths connect the 60 offices, with LA’s mild climate ensuring that the garden can be used year-round. It is estimated that more than 10,000 plants and trees — in addition to a diverse wildlife population — now occupy the site.

As those occupying the site have to coexist with living things other than humans, Selgascano describes the scheme as an experiment for the average office worker. The design team also points out that, among other benefits, the plants provide shade, thus helping to reduce the site’s temperature. The clear façade eliminates the need for artificial lighting, while three operable openings allow for natural cross-ventilation. Water collected onsite is stored in two cisterns to be used for irrigation.

“What previously was a parking lot is now a garden,” says Selgascano. “It is one of the few private developments in history in which the footprint of the built environment has been returned to natural-environment.” 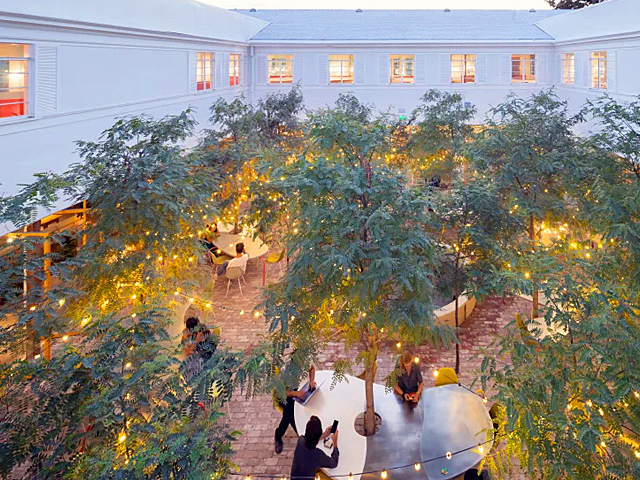