URBAN SPACES FOR ALL AGES


The increase in inner-city living is creating a need for the creation of urban spaces that cater to a greater range age groups and incorporate a wider range of amenities than ever before. 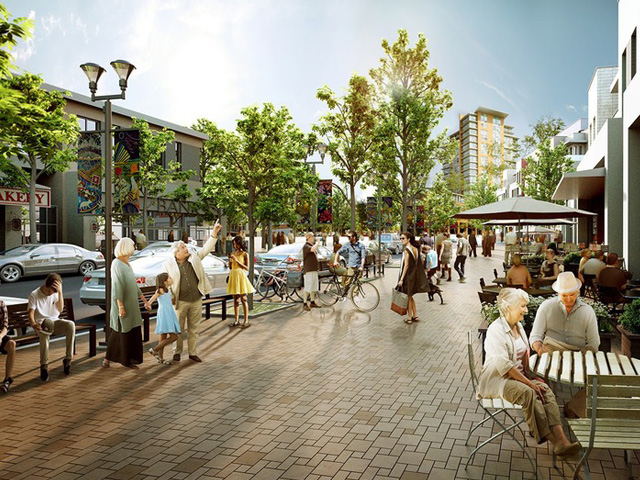 It’s no secret that people in inner urban areas of Australia’s cities are getting very comfortable with the idea of dense vertical living. 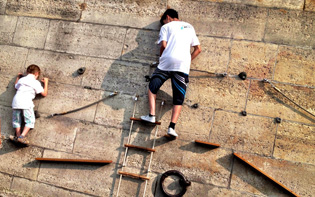 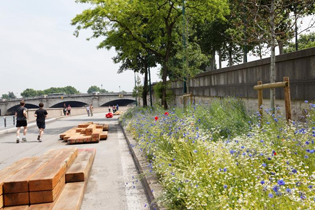 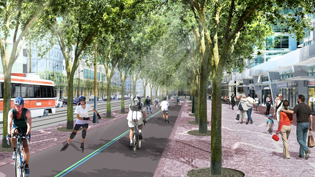 Visiting Brisbane with my young family last month, I was blown away by the diversity of open space in the inner city, and the new night-time economy that had taken over areas that were once ghost towns after 6 pm.

My instinct told me it is the recent boom in apartment living that has driven this investment in the city, and a quick check of Brisbane City Council’s website confirmed that the inner-city permanent population is growing at twice the rate of greater Brisbane. This trend is predicted to continue to 2036, at which point the current population will be nearly double that of today.

Kids are a great barometer of a successful place. Across the road from our serviced apartment in Brisbane were the City Botanic Gardens, a network of green space and paths straddling the Brisbane River, and a regionally significant equal-access playground. We stayed engaged in this space for hours; various opportunities for play, live water dragons – and easily accessible toilets – did the trick.

Our time in the Southbank precinct was equally engaging. This site, which hosted the 1988 World Expo, has steadily evolved to what it is today: a vibrant melting pot of green space, eating options, performing arts spaces, Brisbane’s Gallery of Modern Art (GOMA), the Queensland Performing Arts Centre (QPAC) and Queensland Museum. More than all of this, however, it was the conviction of the City nearly 20 years ago to centre Southbank’s water park and beach in a central-city parkland that stood out as something uniquely Brisbane.

After sunning myself by the beach with the city skyline in full view, it dawned on me why the city is affectionately referred to as ‘Brisneyland’ by many locals. It is this very name that encapsulates the unique approach Brisbane is taking to open space and amenity driven by increasing urban populations. The truth is, next-generation inner urban open spaces now need to work harder than ever. They need to provide for the young and old, the active and the passive, the thirsty and the hungry and, most importantly, those needing to be allured away from the digital world.

Further south, my recent visit to Sydney’s new Barangaroo Headland Park underlined this observation. Sydney’s newest parkland is a wonderful open space with the most noble of intentions, faithfully retracing and replacing the indigenous headland lost to industry in the middle of last century. Its strict adherence to a local plant palette provides an important layer of green infrastructure for the city, and its well-defined accessways show how to move through the space. Despite this, my visit left me feeling a bit flat and wanting for some shade, water play, and, dare I say it, fun.

In New South Wales, we have another chance to consider the provision of these additional layers in the Bays Precinct.

Launched recently by the NSW government, the Bays Precinct can learn a bit from inclusive Brisneyland, and create an inner-urban sanctum that is fun while being deadly serious from a commercial point of view. We can also take cues from successfully programmed spaces like Gardens by the Bay in Singapore, Millennium Park in Chicago, and the iconic waterfront open spaces that now fringe Vancouver Harbour’s dense vertical communities.

Not only do these spaces consider green infrastructure, provide habitat and process waste, they also serve to educate, recreate, and celebrate culture and whimsy.

They are all ‘hard working’ spaces, too, and in the case of Millennium Park in Chicago, over two billion dollars has flowed to associated businesses and surrounding real estate precincts.

It is this ‘hard-working’ and intensive approach to open space that I would like to see delivered at the Bays in Sydney. Sydney’s Martin Place, Barangaroo Headland Park and George Street are all good spaces, but I think there is opportunity for us to deliver next-generation great open space at the Bays Precinct.

To do this, we are going to need to take some risks, be a little unconventional, and open our eyes to how quickly the needs of inner urban open space are changing. It’s a tough brief, but as we can see around the world, is one that can be filled - and then some.

Words by James Rosenwax for Sourceable