A major challenge of the Lowline design is how to funnel enough natural sunlight underground to support photosynthesis in the underground park. 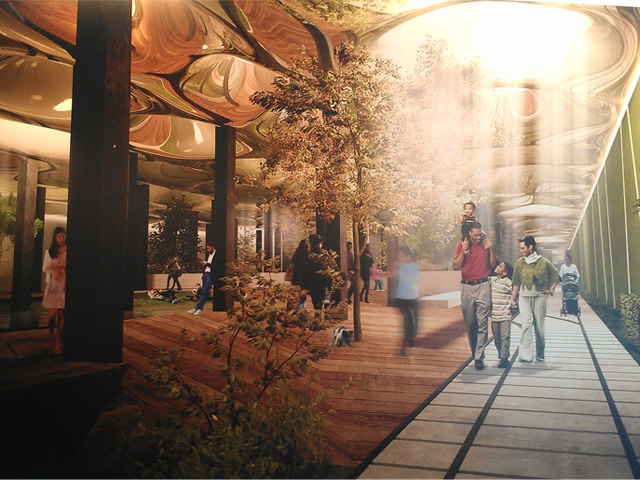 Dan Barasch and James Ramsay are sharing with the world their new visionary project - an underground garden in New York City. 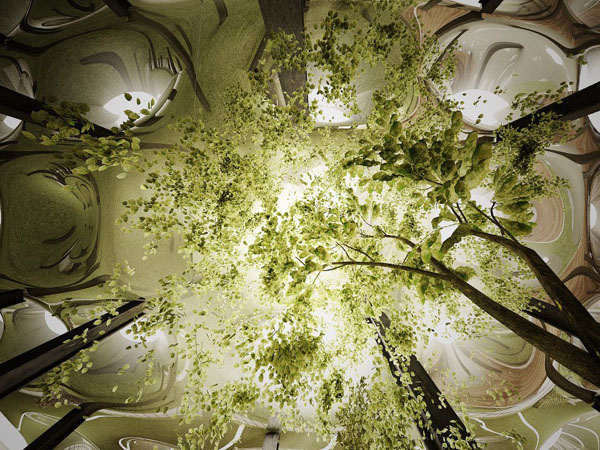 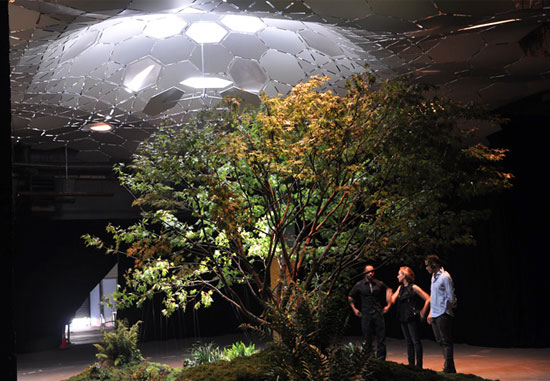 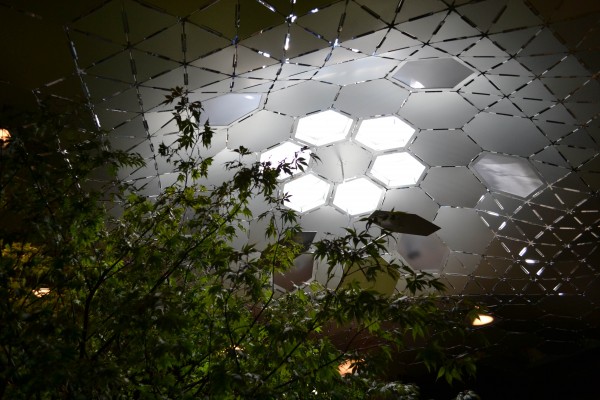 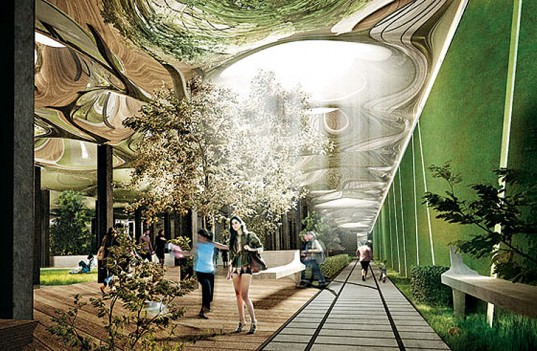 The proposal is called “Lowline” and seeks to transform the abandoned Williamsburg Trolley Terminal, a 1.5 acre lot underneath the Williamsburg Bridge next to the Delancey Street subway station into a vibrant, underground green space and park, complete with natural light and living flora.

The major challenge of the design was to figure out a way to funnel enough natural sunlight underground in order to support photosynthesis in the underground park.

This is where Ramsey’s background in engineering comes in; the former NASA employee turned architect developed technology consisting of fibre optic cables attached to remote skylights. Equipped with GPS, these solar collectors follow and capture the sun funnelling it down through the cables. The glass surface of the skylights filters out infrared and UVA rays, but still harvests the light necessary for photosynthesis to take place.

“We looked to the way that they build space telescopes to actually cobble together a mesh of flat pieces to create a curved surface, and that curved surface is calibrated to actually deploy the light,” said Ramsey, who worked with infrared spectrometry while at NASA.

Using this method, the pair utilised a darkened warehouse to test the device and simulate an underground environment, including an arrangement of plants and trees.

The experiential space was a success, and the project has since raised over $500,000 for initial funding.  “All of a sudden you have this idea beginning to emerge where you can take this ancient disused space underneath the city and actually turn it into a public space, a garden really, for everyone to enjoy,” Ramsey said.

Both Barasch and Ramsey point out despite their success so far, they still have a long way to go before making Lowline a reality. First, they need to convince city and MTA officials (and ultimately the state) to let them use the site, a process that Barasch says requires both political and public support. “This is not a short-term project,” Barasch said. “It’s very big in terms of its integration with the overall ecosystem of the space, the neighbourhood, the subway line, the community and the city and we want to do this right.”

If they gain control of the terminal, Ramsey and Barasch estimate the project would cost $50 million in capital costs for construction and may take five to eight years to complete.

Only time will tell whether support is substantial enough to reinvent this dark, empty trolley terminal into an inspired, beautiful and livable green space.