The masterplan for a new National Assembly Building in Burkino Faso has been released detailing a range of public spaces for the locals to come together and continue the country's tradition of gathering beneath the trees to discuss community concerns. 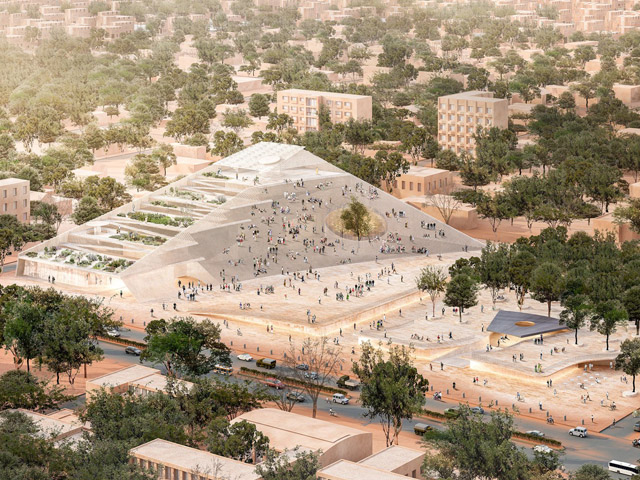 The visions for a new Burkino Faso parliament building have been released by Diébédo Francis Kéré of Kéré Architecture who has expressed his excitement at envisioning a new political centre that ‘responds to the needs of the people.’

The previous parliament building was set alight during protests and the revolution of 2014 which saw the fall of a three-decade dictatorship. The new building and surrounding public space will, therefore, represent a new chapter in the countries histories. 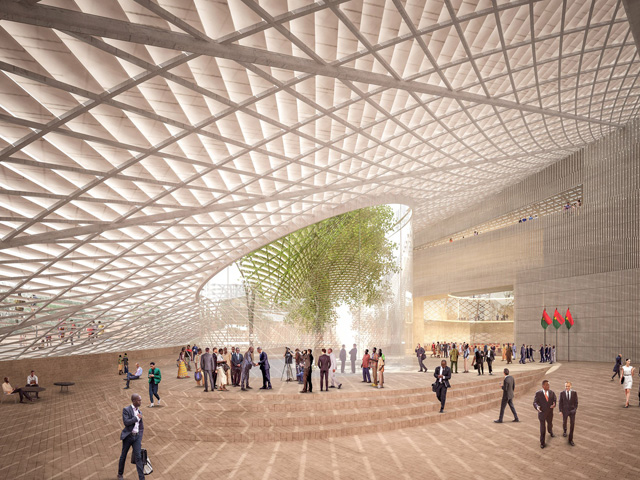 The stepped pyramid-like structure will be six storeys high and offer an elevated view of the city. In addition, the area will act as a central hub for the people of Ouagadougou, with several spaces that reflect cultural traditions and needs, as opposed to designing the space in-line with western trends or design ideas.

For example, the people of Burkino Faso have a cultural tradition where elders would meet under the shade of village trees, in keeping with this the Kéré design incorporates several green roof terraces. These terraces are intended to be accessible to the public and will serve as an educational tool for urban farming practices. "People can go on top of it at any time, during the day and during the night," said Kéré. "Symbolically it is transparent, it is open." 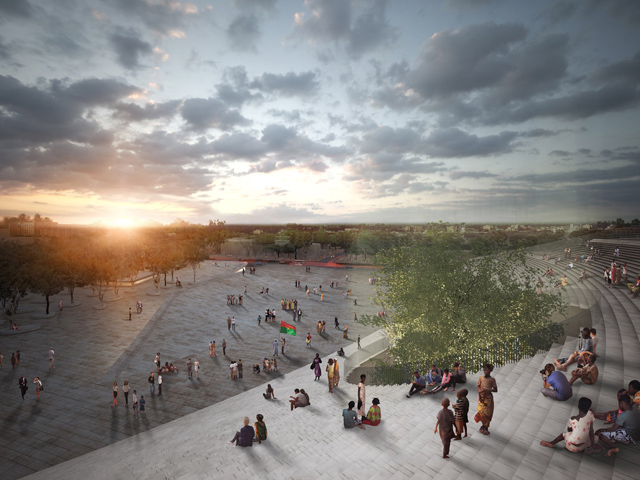 The façade of the building will also act as solar shading, with the design incorporating the movement of air to freely circulate throughout the building.

"I wanted to create this public space with everything," Kéré said. "We have a garden around it, we have the pyramid which is elevated, we have a cornfield on top. It is more than just a simple parliament building."

The centre of the building will also house several trees, referencing the "arbre à palabres" (tree of discussion) under which villagers make decisions in rural areas of Burkina Faso. 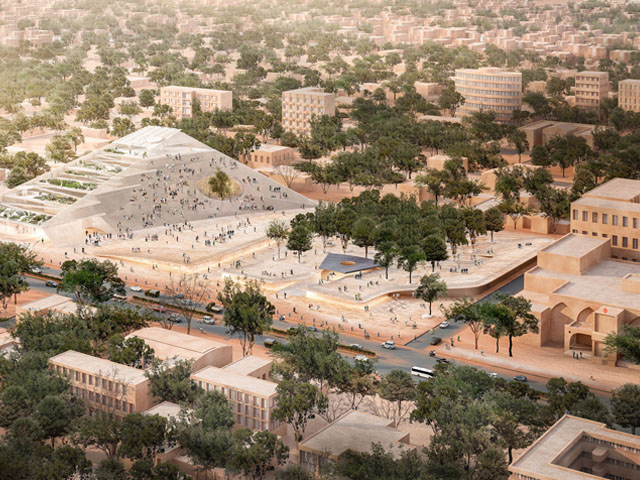 To commemorate the country’s recent history part of the space will transform the ruins of the previous building into a memorial site. The area will be surrounded by trees and transformed into a shaded depression in the ground where rainwater is collected and used for on-site irrigation.

Should this masterplan be implemented, Kéré’s new parliamentary building will act as a cultural and political centrepiece for the country’s 19 million inhabitants.