TREE-TOP CANOPY AMONG THE SKYSCAPERS


How can we continue to grow our urban centres but minimise the pollution that their development entails? Could we potentially have a future in which forests grow from our skyscrapers? 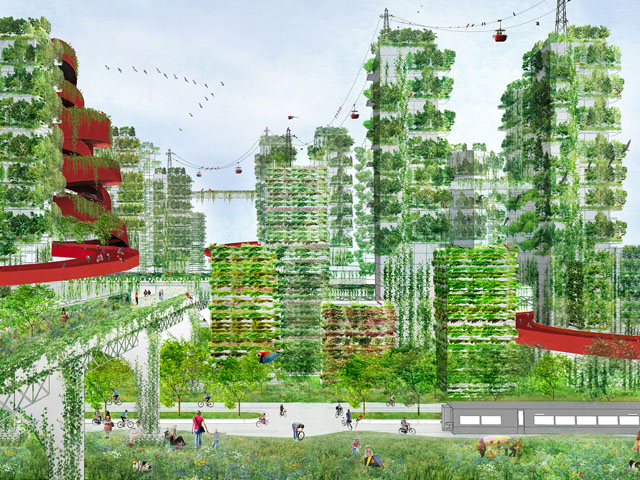 In a bid to combat urban pollution, Italian architect Stefano Boeri’s has radically envisioned that we build “forest cities” for a greener alternative to our modern cities. The proposal put forth for Boeri's Forest City concept would include building a city in Shijiazhuang, China. This initial city would act as a prototype for a new generation of green urban developments across the country. 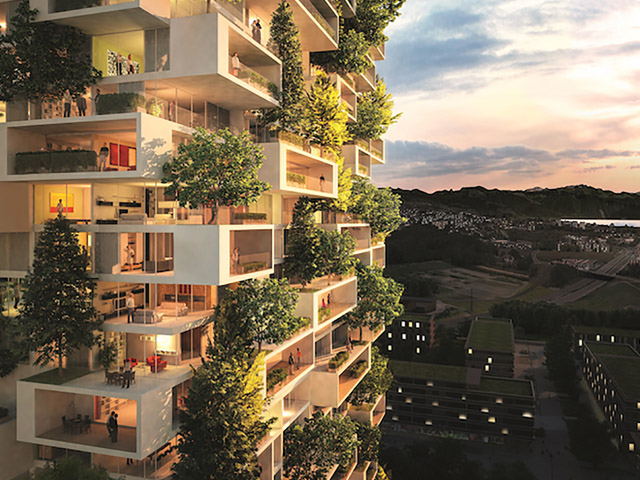 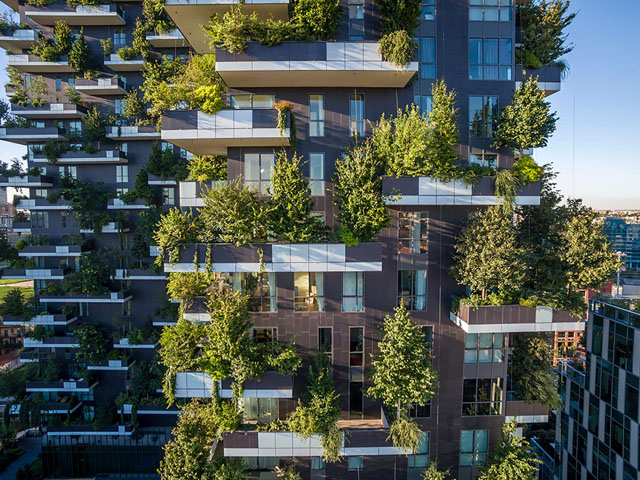 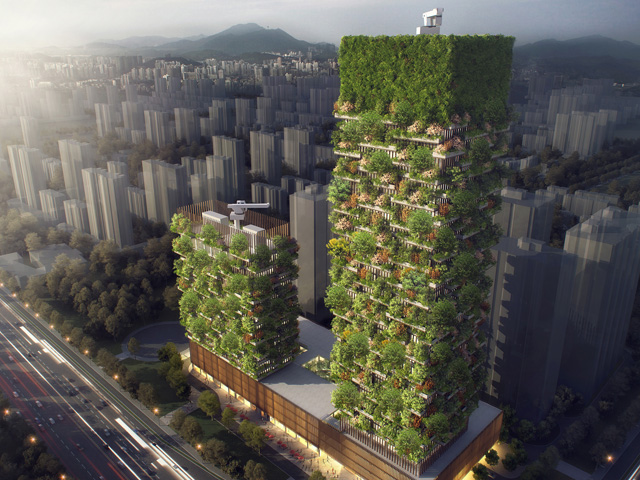 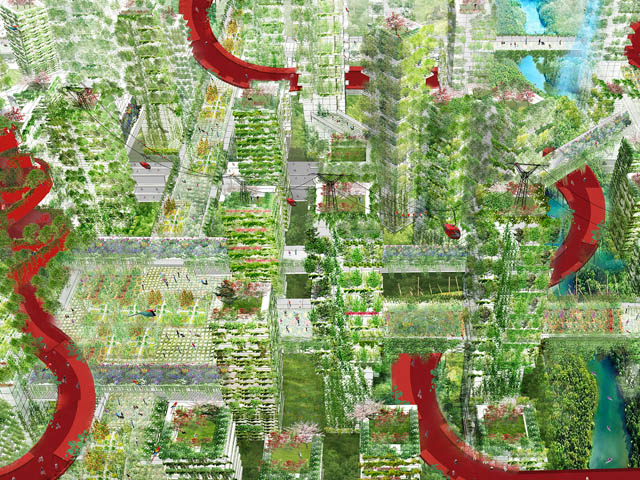 The design so far comprises a city of towers covered in trees and other plants, a concept that Boeri calls Bosco Verticale, or Vertical Forest.

The concept aims to provide sustainable high-density housing and office space in urban areas, while helping to depollute the surrounding environment by filtering dust particles from the air and absorbing carbon dioxide.

The city is also designed in a way that allows the towers to provide a habitat for birds and insects that would otherwise struggle to survive in an urban environment. By reintroducing this flora and fauna, the urban ecosystem could potentially regain an aspect of balance that is often lacking in modern urban centres.

The architect has already completed a pair of Vertical Forest towers in Milan, which feature a mixture of trees, shrubs and floral plants on balconies on all four sides of both buildings. Between the pair, the towers reportedly host as many trees as could be planted in a single hectare of forest.

With the success of this project in Milan, Boeri's studio, Stefano Boeri Architetti is currently constructing a similar project of paired plant-covered towers in Nanjing, China. Over 1,000 trees and 2,500 cascading plants and shrubs will line the facades of the structures in the city's Pukou District.

When asked about the reasoning behind his concepts, Boeri discussed his belief that that building whole cities of Vertical Forests across China could help the country combat its well-documented problems with air pollution and still continue to allow the population to continue growing.

All images in the video and story are courtesy of Stefano Boeri Architetti.