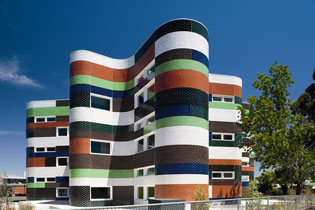 Durbach Block Architects (Sydney) received two major accolades at the Think Brick Awards. Held in the shadow of Australia’s architectural icon the Sydney Opera House the Awards paid homage to the ‘best of brick’ , recognising the excellence and innovation of architects, designers and builders using brick in residential and commercial building projects. 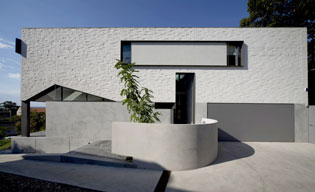 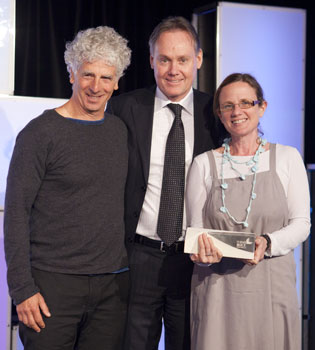 
The results of the Think Brick Awards 2010:

Infinity House is a figure of eight brick structure fitting inside the modest 215sqm garden. The curved walls and arches allow the home to be integrated into its garden surroundings, and provide an easily divided house.

A Tuscan-style residence comprising of delicately textured walls, clever ‘hovering’ structure, and stark design softened with organic elements and leafy surroundings. The exterior walls of the project have a lacy, woven-looking surface, achieved by tapping through the façade alignment, resulting in a handcrafted pattern of brick resembling a soft fabric veil across the front exterior.

The winning residential project captured the imagination of the judging panel, who said: “The Garden House displays a different use of brick that is well-controlled, but at the same time creates organic variation while maintaining the discipline of the wall.”

The high rise commercial AM60 tower in downtown Brisbane is a pillar of masterful brickwork. The front façade features an intricate brick ‘open weave’ system which not only catches the eye and plays with patterns, but also acts as a substantial solar control method, letting intense light in to the buildings windows but filtering out the harsh rays and protecting the glass-build boardrooms.

Fitzroy High School certainly doesn’t blend in to the background – coloured bricks have been used to reflect the surrounding Italianate architecture and the curved, smooth exterior of the main building resembles a wave of bricks flowing out from the original community structure.

Think Brick CEO Elizabeth McIntyre said,“ Think Brick Australia would like to congratulate all our winners and we are thrilled that these amazing building projects have brought to light just why brick is man’s best building material. 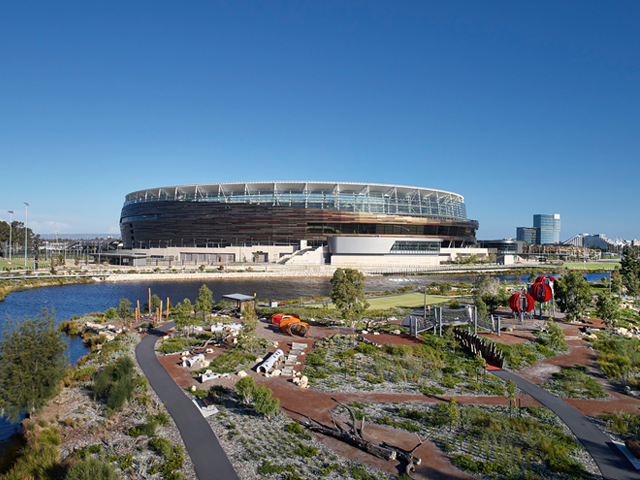