THE WORLD’S MOST DANGEROUS FOOTPATH


The 110-year old walkway known as 'El Caminito del Rey’ which closed after five people plunged to their deaths, has just re-opened. 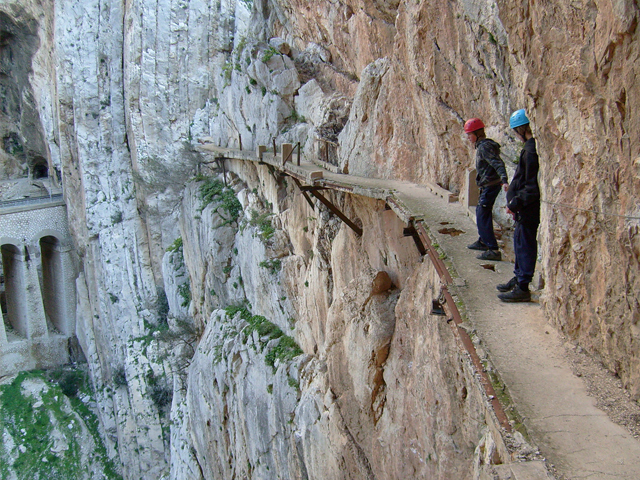 The 110-year old walkway known as 'El Caminito del Rey’  (The King’s Pathway) set in the village of El Chorro, Spain was built in 1905 and winds through the Gaitanes Gorge. It was known as the most dangerous footpath in the world and was shut down by authorities after five people plunged to their deaths in 1999 and 2000.  The path reopened in February this year after a safer footpath was installed above the original. 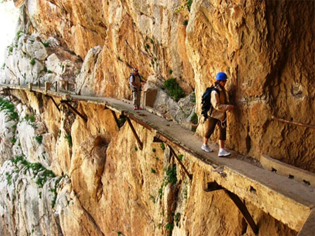 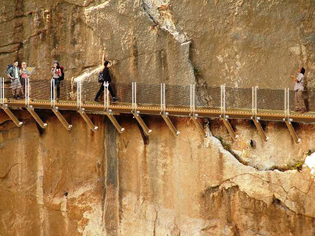 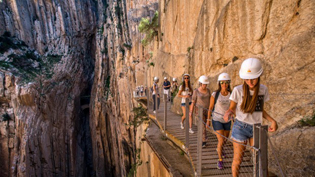 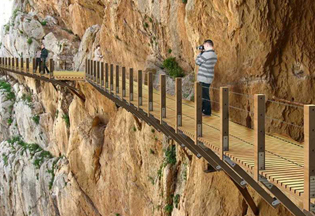 The narrow concrete path, supported by steel stanchions at around 45 degrees into the rock face, fell into disrepair and had rickety hand rails and wide gaps that posed a severe hazard for even experienced climbers.

Since then, the walkway’s gaps have been filled in to make it much sturdier, with the addition of new stanchions and a security fence to protect visitors as they walk 330ft above the Guadalhorce River. The dizzying path will be open from Tuesday to Sunday during the Summer and Winter months. Entry will be free during the first six months, with nearly 30,000 tourists already booked to test the new pathway.

The footpath was originally built for workers at two nearby hydroelectric plants. Authorities plan to charge admission and limit the number of visitors when it reopens.