Plans have been unveiled for the $18 billion Beijing New Airport Terminal (BNAT), which is set to become the largest airport passenger terminal in the world. 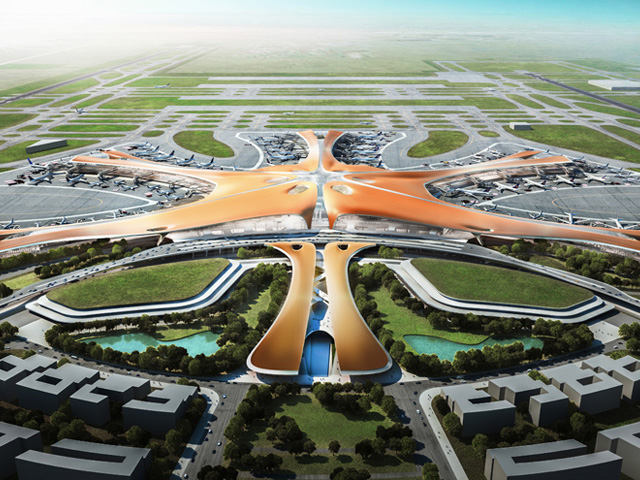 Plans have been released for the Beijing New Airport Terminal (BNAT) which will become the largest airport passenger terminal in the world. The $18 billion new terminal will reportedly measure 700,000 m² and will complement the city’s existing Capital Airport, which is already operating over capacity. 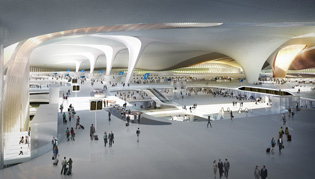 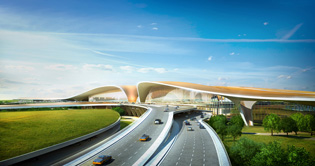 The terminal is part of a planned new airport located in the Daxing District of Beijing's southern suburbs, and its layout is said to resemble the form of a starfish.

The new hub will serve the world’s fastest growing aviation sector and enable further connections between Beijing and global cultural, economic and civic centres. Initially accommodating 45 million passengers each year, the terminal will be adaptable and sustainable, operating in many different configurations dependent on varying daily aircraft and passenger traffic.

The new Daxing airport will feature up to seven runways and include an integrated multi-modal transport centre that features direct links to local and national rail services.

ADPI Ingenierie, a French company that owns and looks after Paris Charles de Daulle and Orly airports, won the bid to design the BNAT back in 2011. The firm has now teamed up with Zaha Hadid Architects to collaborate on an optimised concept design.