THE TRANSFORMATION OF A CALIFORNIAN BUNGALOW VERANDA


CastStone has helped to completely transform the front of an Adelaide bungalow by updating the columns of a veranda. 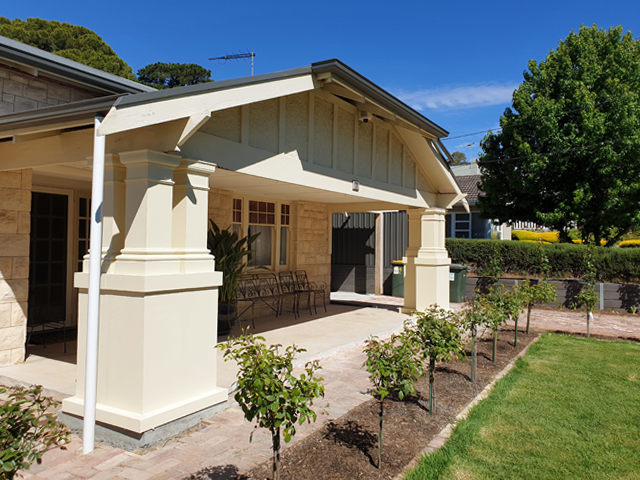 CastStone played an important role in transforming the front of an Adelaide bungalow. When the owner of the property purchased the house, the front garden was over grown, dark and closed in. The owners set out to achieve an updated look to greet visitors on arrival. During the clearing process, the owner called in help from CastStone’s design team when it became apparent that the front veranda columns were weathered, old and need replacing. 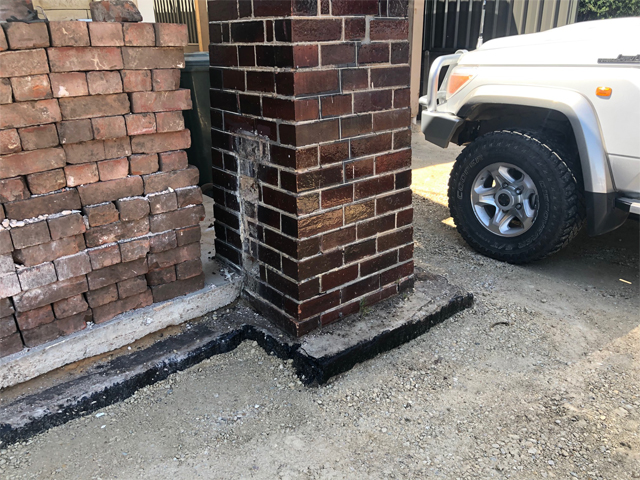 Firstly, the fretted brick work across the front veranda and the columns needed to be removed, the foundations rebuilt and veranda floor repaired. When the columns themselves were removed props were used to hold up the veranda roof, protecting the house structure. Once the owner spied how open the house front now looked it was decided to change the composition of the columns to keep the open style, yet retain the dignity of the character of the bungalow. 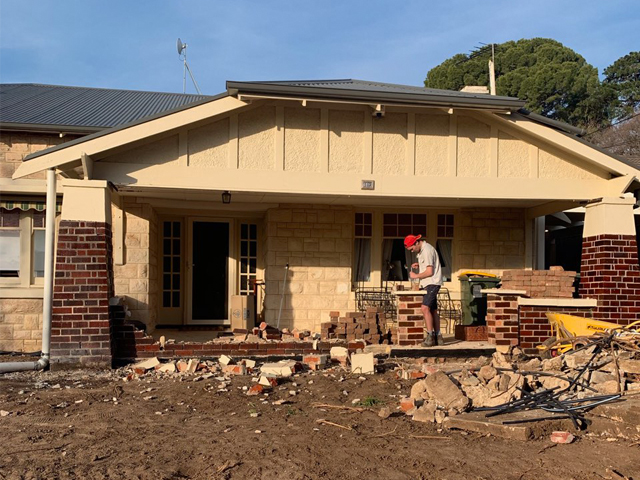 Instead of the old-style bricks design a modern painted look was wanted, however it still needed to be in keeping with Californian Bungalow style – a chunky masculine look. Instead of two single tapered brick columns the design team came up with the square block L shaped pedestal with three smooth square columns on a single pedestal, to go round the corner and frame the veranda. Next in the work progression a frame was formed round the pedestals to balance the design and flare the base. 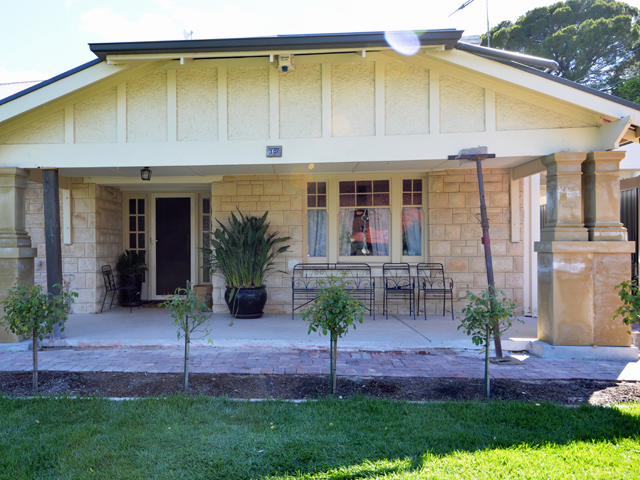 To complete the look, the updated columns were painted to match the bungalow façade and a garden was planted with standard roses.

What an outstanding renovation to a character home street presence! 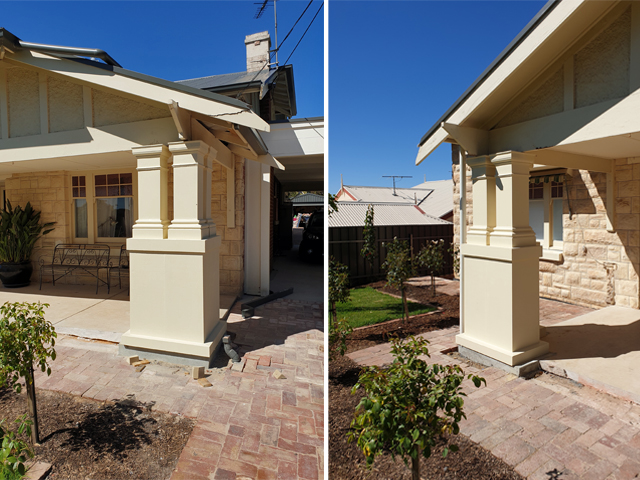 CastStone has columns square and round along with Sandstone Fence/ gate pillars. The precast sandstone columns and pillars can be painted to match a desired colour or left to age picking up elements of their surrounds. The company manufactures Australian-made sandstone products and freight Australia-wide. The designs are modern and heritage with customisation when needed.

CastStone is available to discuss ideas for your front fence, outdoor pergola, gazebo or veranda.

CastStone have designed many fences and gazebos for their clients interstate and they freight Australia-wide. Including the freight costs, CastStone are competitively priced. The company has more than 35 years of experience manufacturing sandstone concrete products with thousands of installations around Australia, CastStone know how to plan and install precast concrete fences and pergolas that are beautiful.

Find out how CastStone can help you with your next project via the links below.

The Transformation of a Californian Bungalow Veranda
Universal Magazines 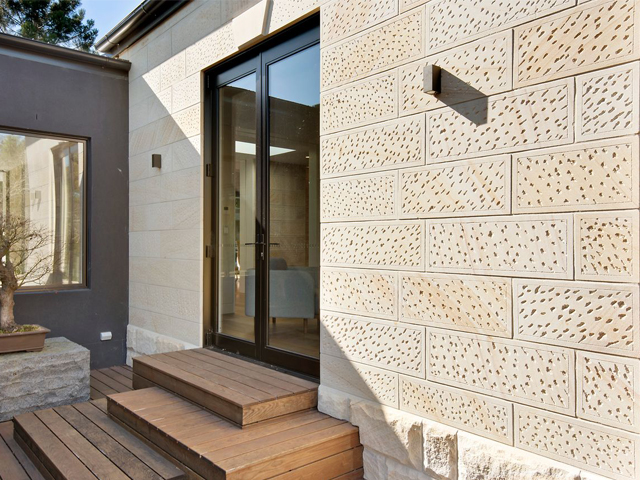 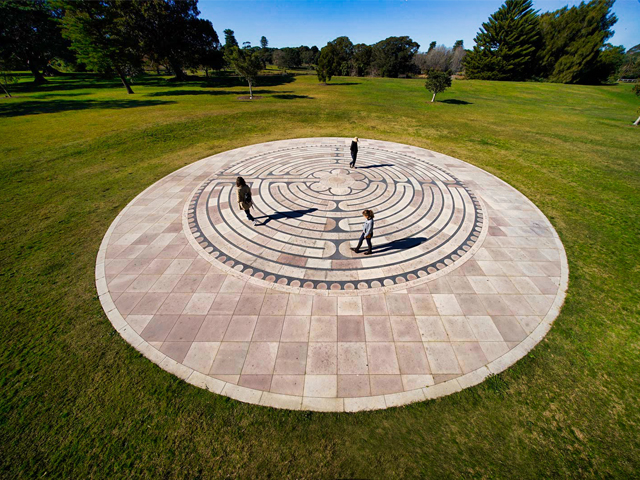 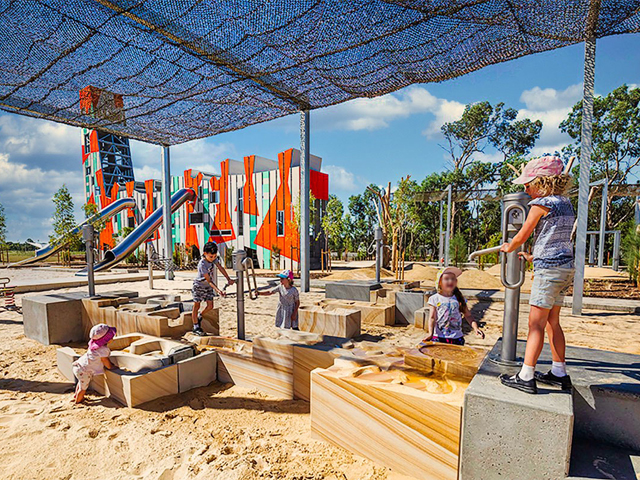 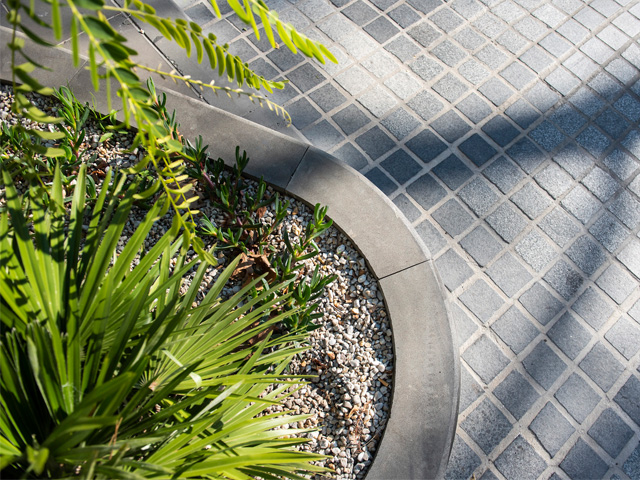