Six international teams have been shortlisted for the International Design Competition to rejuvenate and restore Melbourne’s iconic Flinders Street Station. 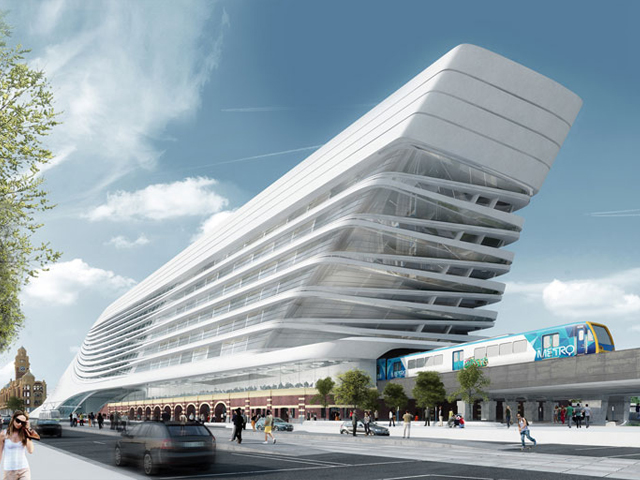 In November 2011, The Victorian Coalition Government launched a $1 million International Design Competition to rejuvenate and restore Melbourne’s iconic Flinders Street Station. Now in the final phase of the competition, six international teams have been shortlisted. 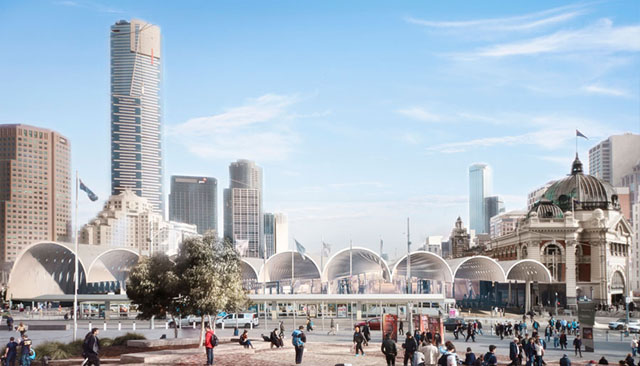 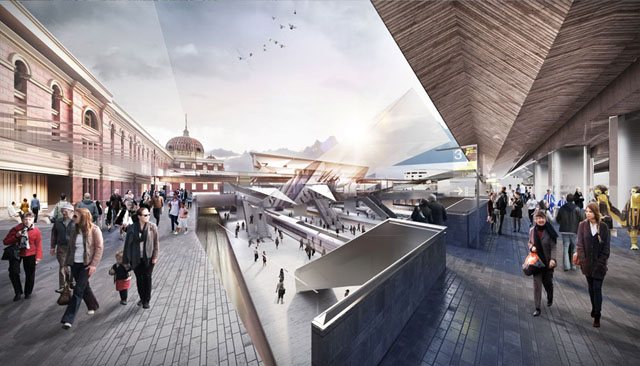 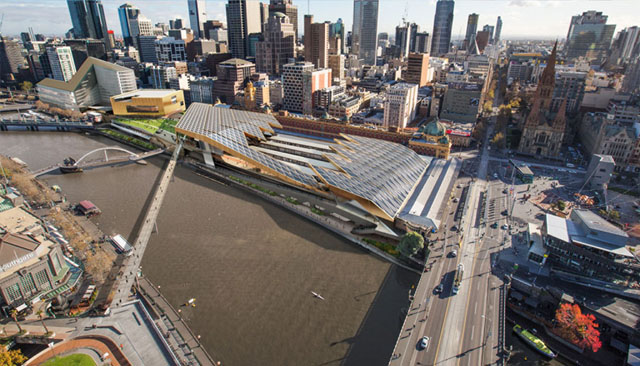 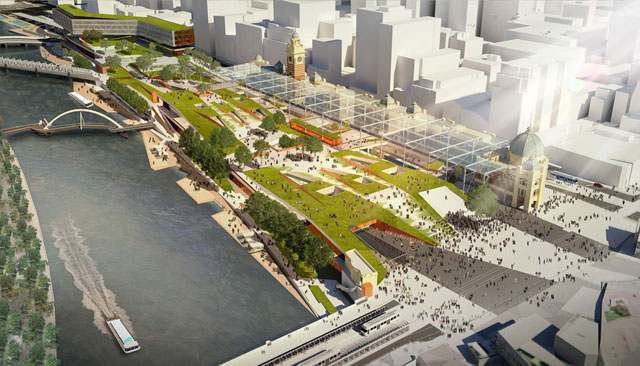 The HASSELL + Herzog & de Meuron proposal restores the station’s best known heritage features and transforms it into a modern transport hub with a series of vaulted, weatherproof arches across the platforms. The proposal also creates a new civic precinct with a major public art gallery, a public plaza, an amphitheatre, marketplace and a permanent home for arts and cultural festival organisations.

Ashton Raggatt McDougall proposes to reinstate and re-invent the former glory and public significance of the station and to reintegrate it with a secondary school for senior students, a new Riverwalk allowing a sunny walk and spectacular views on the northbank of the river, as well as a green roof and garden big enough to provide habitat for our native flora and fauna.

John Wardle Architects + Grimshaw proposes a reorientation of the station, creating a new network of bridges, underpasses, vaults and green space which follow an organic movement between the city and river. The concourse will be relocated to unlock the eastern edge of the station precinct, creating an extraordinary new covered public place opposite Federation Square. Above the station will be a new Design Museum.

NH Architecture proposes a glass lattice roof which will float above the station’s new concourses as well as a new landmark at the centre of the station precinct which will be called “the Melbourne Room”. This public venue aims to compress the genetic DNA of the city into a room able to accommodate the cultural spill-over from Federation Square, the artistic visions of the Victorian Arts Centre, the sporting icon of the Brownlow Medal presentation or the wild and dangerous world of Circus Oz.

Eduardo Velasquez + Manuel Pineda + Santiago Medina propose the development of an urban park above the railway roof which will transform the station into a highly accessible and usable public space. The historic ballroom and gymnasium will be converted into a railway museum for public enjoyment and a glass box atrium will shroud the southern façade, offering a sense of protection to this heritage element.

Zaha Hadid Architecture & BVN Architecture propose a new Western Concourse as well as new public spaces, office spaces, destination retail, a piazza, a boutique hotel and an events space with views of the Yarra. They will also realign William Street to improve traffic flow and create a forecourt for the Immigration Museum.

Each of the proposals retains part of the station's historic facade. Completed in 1909, over 50 years after the station opened, its prominent dome and clock tower have become one of the city's most recognisable landmarks.

The Victorian Government has launched a website presenting all six proposals and is inviting the public to offer feedback and vote for their favourite. The online will voting will take place from Tuesday 23rd of July until Monday 5th of August. The final decision will be made by a panel of architects and experts, and will be announced on 8th August.

To have your say on the future of this iconic landmark, please click here!