THE NEXT SPACE RACE


While a 5 Star Green Star rating seemed unachievable in 2003, today we have more than 500 Green Star rated buildings around Australia. 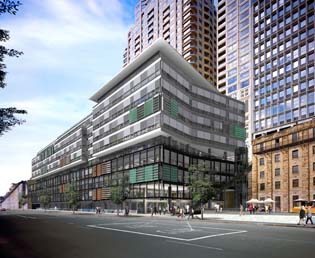 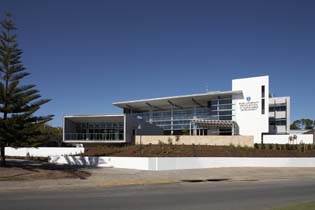 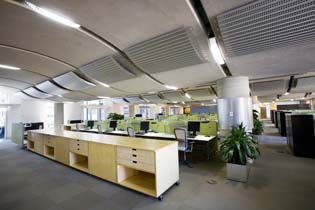 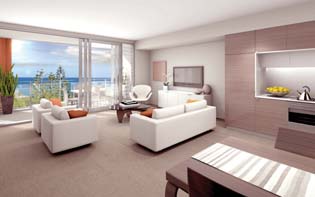 “To place a man in a multi-stage rocket, perhaps land alive on the moon, and then return to earth – all that constitutes a wild dream worthy of Jules Verne. I am bold enough to say that such a man-made voyage will never occur regardless of all future advances.”

This comment was made by one of the ‘fathers’ of the electronic age, Dr Lee de Forest, in 1957. But later that same year, the Soviet Union launched the first satellite into outer space – Sputnik. Today, the world is beginning to understand that climate change is our generation’s ‘Sputnik moment’.

In Australia, we’ve already witnessed the equivalent of a space race in the property and construction industry.

In 2003, Lend Lease announced that it intended to construct Australia’s first 5 Star Green Star – As Built project. The general outcry was “it can’t be done”.

That year, Green Star, Australia’s first holistic environmental rating system for buildings, had only just been launched and the benchmarks for a 5 Star Green Star rating seemed exceedingly high.

Nevertheless, Lend Lease designed 30 The Bond to the highest environmental standards, with Australia’s first widespread application of passive chilled beam technology to assist in energy reduction. The result was a building that produces around 30 per cent less greenhouse gas emissions than traditional buildings of similar dimensions at that time.

Lend Lease led the way, demonstrating that a green building could be good for both the environment and the bottom line. The green space race was on.

Another ‘first’ came in 2008, when the Melbourne Convention and Exhibition Centre became the world’s greenest convention centre with a 6 Star Green Star rating for sustainability initiatives which still remain one-of-a-kind today. These include the eye-catching façade, which towers 18 metres high and is constructed of spectrally-selective glass which reduces heat gain. The extensive solar hot water system generates around 35 per cent of the facility’s general hot water requirements, while the innovative displacement ventilation system provides excellent air quality to conference delegates.

Another influential green project was also certified in 2008: the Bond University Mirvac School of Sustainable Development. The first Green Star education facility in Australia achieved a 6 Star rating and acts as a ‘living laboratory’ for the advancement of teaching sustainability principles and practices. Bond University set the bar for sustainable schools; today we have more than 120 green education projects either certified or registered to achieve Green Star ratings.

Also setting new benchmarks was The Summer in Fremantle, which made history as the first residential building to gain a Green Star rating in 2009. The 4 Star Green Star building features a simple solar-passive design with a focus on natural ventilation. The green design cuts greenhouse gas emissions by 88 per cent and showcases that sustainable outcomes are achievable in residential developments.

In 2010, Lot 12 TradeCoast Central was not only the first industrial project to gain a Green Star rating, but did so with a range of innovations never seen before. The project achieved a number of Green Star innovation points, for features such as the shared, precinct non-potable water storage and distribution system which reduces potable water consumption by 80 per cent – the equivalent of more than 10,000 litres a day.

In recent times, Chief Executive of Australia’s largest privately-owned development, funds management and construction company, Grocon, has told the Australian Financial Review that it is a “liability to have too few Green Stars.”

“Unless you're building or developing commercial buildings to a 6 Green Star level, you’re actually building something that’s obsolete because all your competitors are already building to that standard. Every building on a serious scale is being built at a 6 Star quality - that shows the momentum within the industry,” he said.

As with the Sputnik space race, such evolution has only been achieved with some great leaps in thinking and some great leaps in technology. Some of the technologies going into today’s green buildings – from chilled beams to desiccant dehumidifiers, from blackwater treatment to trigeneration systems, and from solar arrays to high-performance façades – have been both products of, and catalysts for, the amazing achievements. Stand by for blast-off into a new era of green buildings, technology and thinking!

The next space race
Universal Magazines