THE HEART OF TORONTO


The mixed-use development ‘ORCA Toronto’, designed by Safdie Architects for the heart of downtown Toronto, will be dedicated to a publicly accessible urban park as well as residential, commercial, retail, and transit facilities. Covering 6.5 hectares, the proposed project promises to become a vital social hub that will bring life to the underutilised parts of the city. 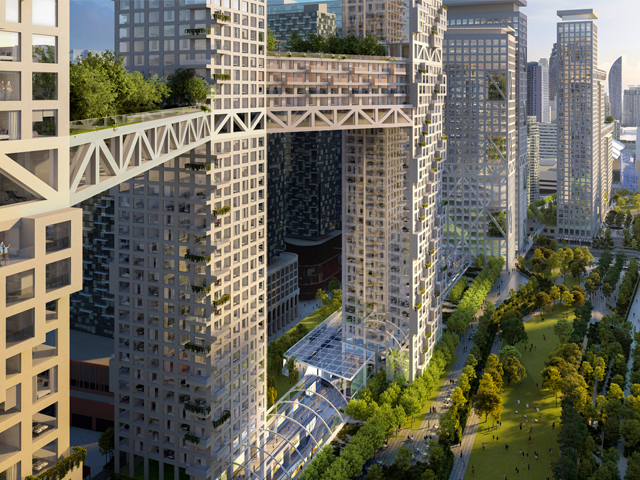 Safdie Architects have released the images of 'ORCA Toronto', a mixed-use urban development with an integrated park in Toronto. The project covers 6.5 hectares (65,000 sqm) west of the CN Tower, 4.5 hectares (45,000 sqm) of which are dedicated to the publicly-accessible urban park, while 2 hectares (20,000 sqm) are for residential, commercial, retail, and transit facilities. The proposed project reconnects the downtown area to the city’s waterfront, promising to become a vital hub that animates the underutilized parts of the city. 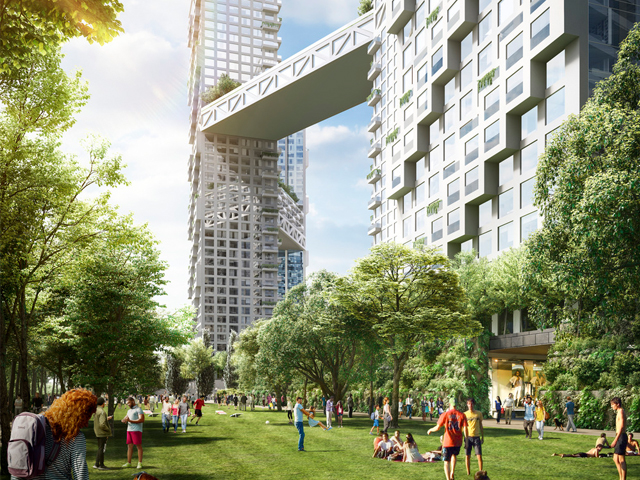 The design features narrow residential towers connected by elevated bridges. These towers accommodate residential units, gardens, and recreational facilities. The team of architects highlighted the concept of ‘bridging between towers’ to create a flow of special public and community amenities. Unlike the individual apartment buildings, the linked towers also offer shared indoor and outdoor amenities at multiple floors to promote interaction and a sense of community among residents. 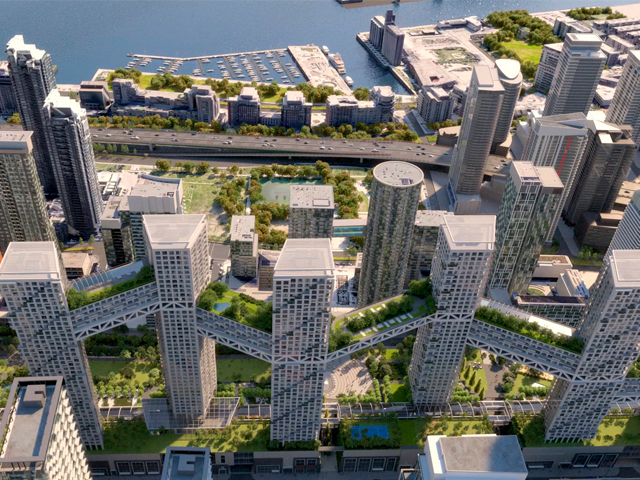 The project incorporates nine towers in total: one corner office tower and eight residential towers with approximately 3,000 housing units. The towers' offset alignment allows for a sense of openness and porosity, maximizing sunlight and panoramic views for residents. 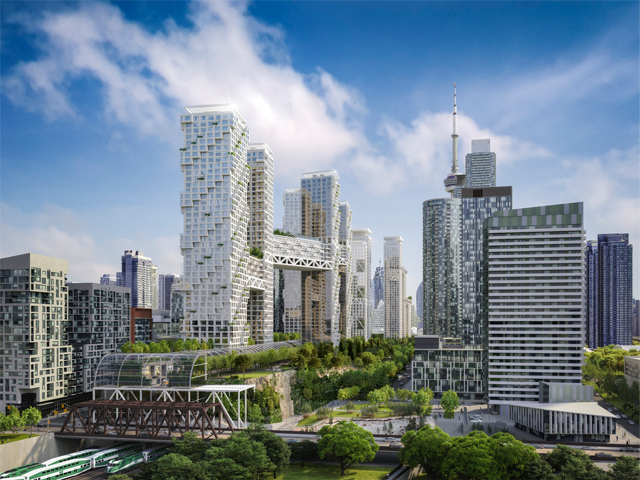 Taking advantage of the elevation and contours necessitated by building above the rail corridor, the design activates 65 percent of the site’s area through a multilevel park. The park features open lawns, playgrounds, walking trails, and bike paths accessible by ramps, escalators, and elevators to cater to all demographics. To enhance connectivity of the park with the surrounding neighbourhoods, access for pedestrians and bicyclists has been implemented on all North-South cross streets, providing free movement from the surrounding streets to the park without the need to enter through the retail galleria. 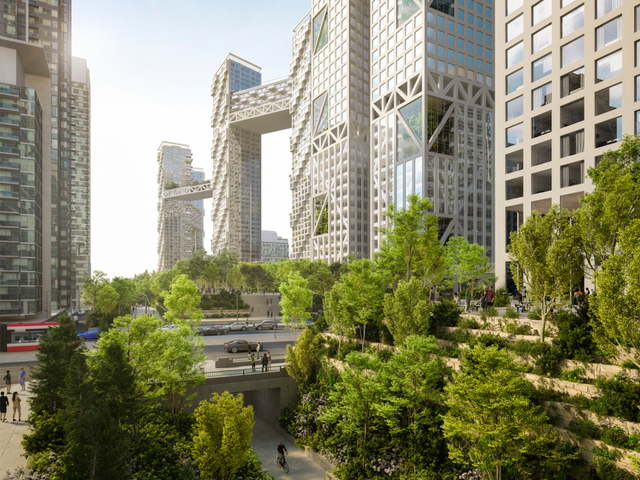 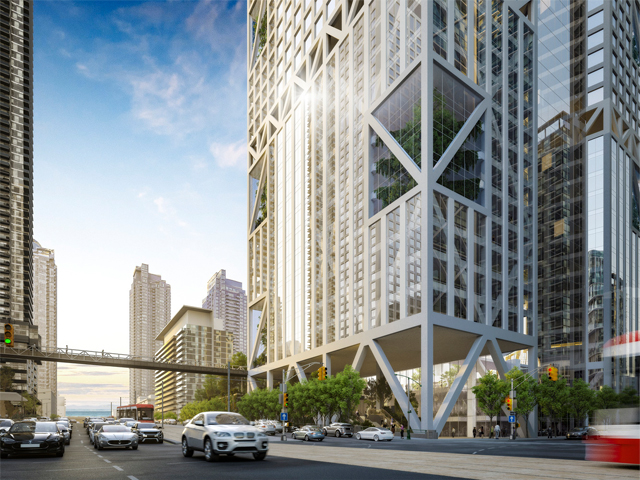 According to Safdie, the project introduces a new generation of retail, one in which nature and the marketplace are integrated to create an enhanced, singular experience. Shops, restaurants, and cafés are connected to the park’s outdoor areas on various levels, creating a buffer zone between outdoors and indoors and allowing the landscape to merge with the interior of the project. The retail galleria is designed to be opened to the park in good weather and closed during the winter months. 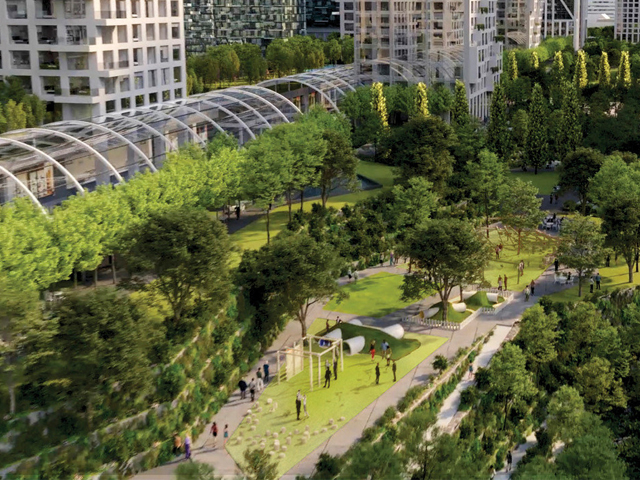 The Heart of Toronto
Universal Magazines