A curving wooden pavilion installed as part of a new public space in Cape Town, South Africa, has been designed as a monument to Archbishop Desmond Tutu. 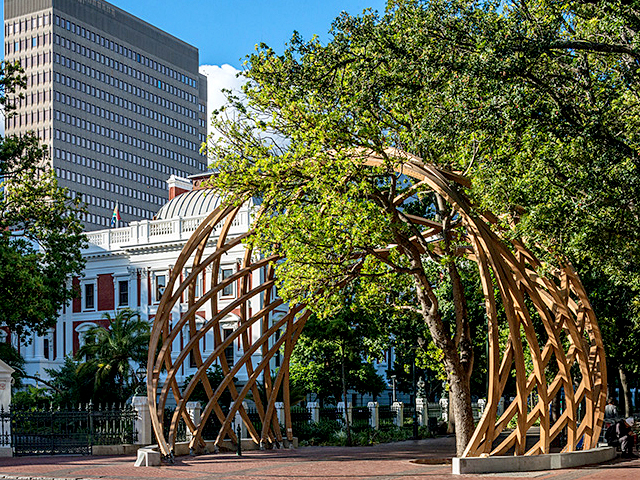 Designed by Snøhetta and Johannesburg-based Local Studio, in collaboration with Design Indaba, the structure marks the site where Tutu began many of his anti-apartheid protests. Standing as a symbol of peace and democracy, the permanent wooden pavilion forms a new public space in the city’s downtown. 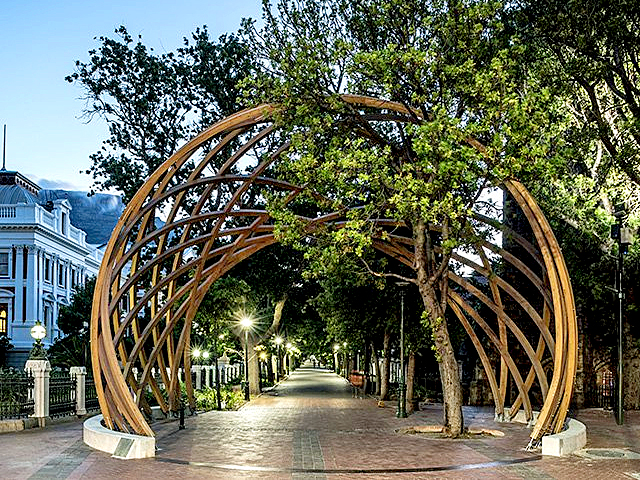 Snøhetta and Local Studio’s design is made from larch wood; a durable, resistant, and tactile material that invites people to interact with it. Named The arch for Arch, the structure consists of 14 intertwined strands of bent wood, representing the 14 chapters of the South African constitution. Together the wooden elements inscribe a globe, celebrating Archbishop Tutu’s role as a unifying figure for the international peace movement. At nine metres tall, or nearly three storeys high, the scale of the arch envelops visitors as they pass beneath it. 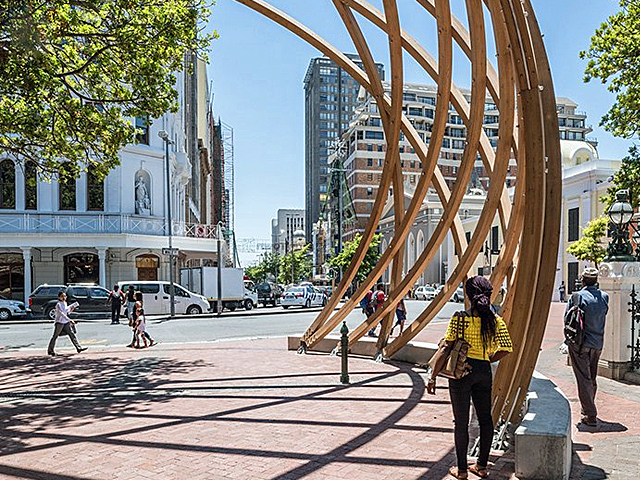 “The Arch for Arch is more than a monument for Archbishop Tutu,” says Snøhetta. “It builds on the legacy of South Africa’s foremost campaigner for democracy to create a platform for public participation in upholding the constitution. The arch will stand as a permanent tribute to what was sacrificed in the pursuit of democracy, and the vital necessity of protecting these rights for generations to come.” 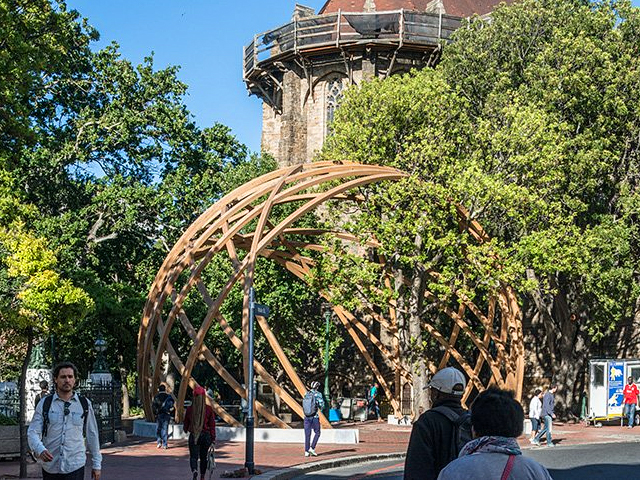 The Arch for Arch
Universal Magazines 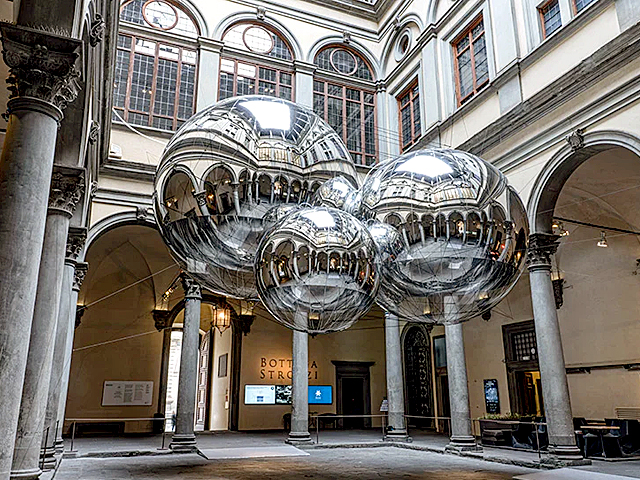