A magnificent living tree growing within a dense urban environment is one of the highlights of this year’s Vivid Sydney event. 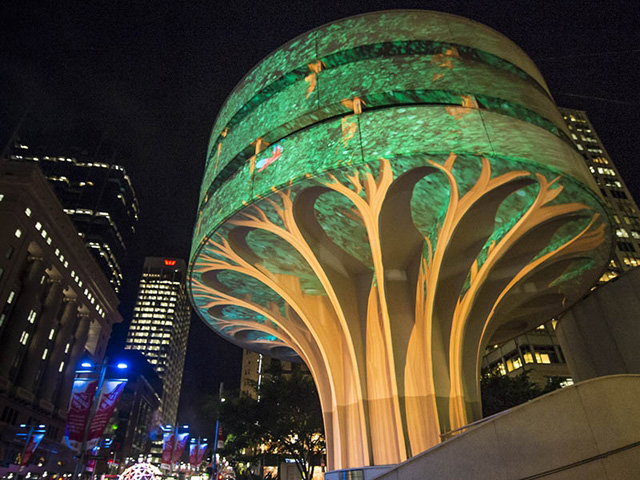 If you ever wondered what grew in the Sydney CBD before glass and steel, the Urban Tree Project at Vivid Sydney 2014 offers you a visual insight of what may have once been. 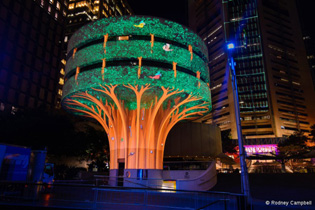 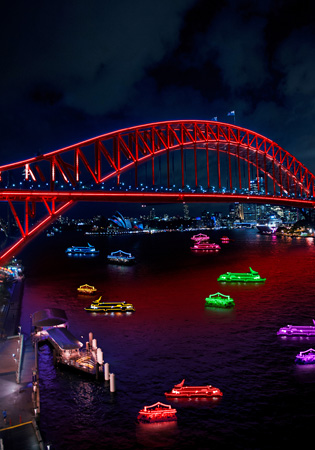 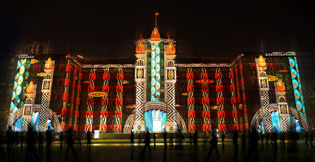 The installation explores themes and questions relating to urban lifestyles, the impact of high-density living on the natural environment, and our very human need for green space.

Presented as a vignette of a day in the life of a tree, the MLC building undergoes a total transformation from seed to mature tree, creating a symbiotic ecosystem amongst the previously lifeless concrete and glass.

Vivid is the Southern Hemisphere’s biggest festival of light, music and ideas and was officially launched by NSW Premier Mike Baird on Friday May 23, 2014.

“Vivid Sydney has become one of the city’s most anticipated events, drawing massive crowds from Sydney, interstate and overseas,” Mr Baird said. “This event showcases the state’s creative talent and transforms the way the city’s most famous landmarks are viewed using spectacular lighting displays and projections”.

NSW Deputy Premier and Minister for Tourism & Major Events Andrew Stoner said “With 40 per cent of Australia’s creative industries based in NSW, nurturing our state’s creative sector through major events like Vivid Sydney has a positive impact on our economy and the overall strength of our nation’s creative industries”.

The main Vivid precincts to visit are Circular Quay including the Museum of Contemporary Art and the Sydney Opera House, The Rocks, Martin Place and Darling Harbour. The festival runs through until June 9.