A visionary group of entrepreneurs wanting to turn an abandoned trolley station into an underground park has now raised $100K toward making this project a reality. 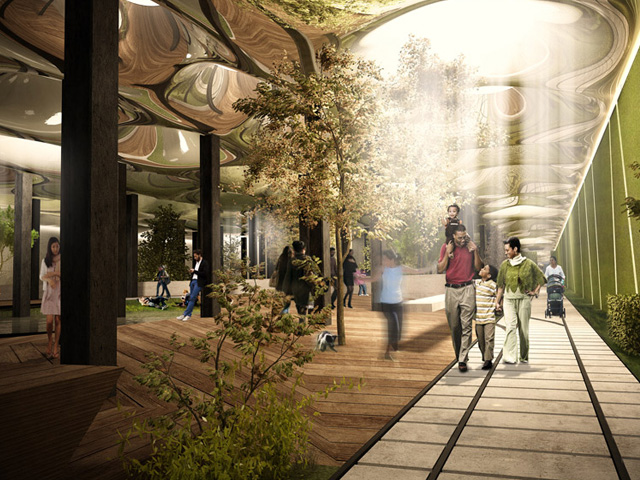 Located in New York City, the trolley station to be converted into a subterranean park is nearly the size of Grammercy Park, but for decades it has sat unused and unloved, wasting whatever potential it may hold. That is, until James Ramsey, Dan Barasch and R. Boykin Curry IV were inspired to bring out its promise. They were inspired by the High Line project and began devising a plan to turn this barren underground space into something bright and inviting. 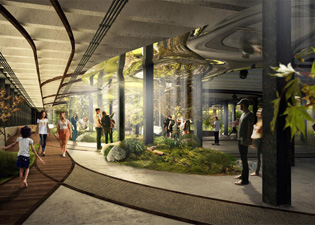 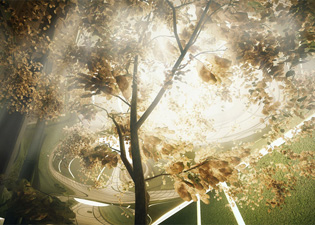 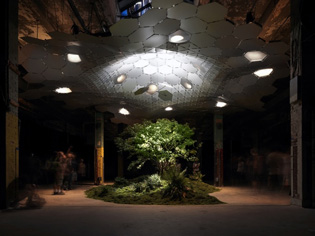 The design by Raad Studio is supported by a custom lighting technology being developed for this project, specifically a “remote skylight” combining solar harvesting and fiber optics to pipe daylight directly down into the subterranean spaces and paths of the park below.

This system will pipe sunlight from the surface via mirrors and tubes, building on existing designs to route natural light to subsurface labs. Some tech prototypes have already been tested in an above-ground warehouse but there is still a good deal of research, testing and other work to be done.

Located in the Lower East Side, the project aims to bring a green retreat to a part of New York City sorely lacking in public landscapes. Using crowdfunding, the Lowline project has already raised over $100,000 from over 1000 backers, to turn this old trolley station into the Earth’s first underground park. At this phase of the project, the funding raised will support technological development as well as public exhibitions to raise further interest for the project. It will also provide funds for exploring types of plant life possible in underground spaces.

The designers state, “Partnering with the solar device maker SunPortal, we are shipping cutting edge equipment via ocean freighter from South Korea to New York City, and will begin installation over the summer. These devices will track the sun throughout the sky every minute of every day, optimising the amount of natural sunlight we can capture. These will be connected to a tube-based distribution system and 40 ft wide canopy inside the warehouse, to help reflect natural sunlight into the Lowline Lab. Once this natural sunlight is filtered into the space, we can test for the quality of the light, taking specific note of spectrum, distribution and intensity.”

Their vision for this project states, “Our design inspiration is Mannahatta – a verdant vision of the city before modern civilization– and we expect to feature edible plants, and a science fiction palette of greenery forming stalactites, stalagmites, and whimsical passageways.  Again, because we are testing in the fall and winter– the two toughest times to grow plants– we will gain valuable insight into which species will perform best throughout the year.”

It is hoped that this project can succeed and thereby add green-space to one of the most crowded cities on the planet.