Stockholm steps up into a new foliage-covered residential development. Currently under construction in the Gärdet district, this glass and cedar building offers residents lush park views. 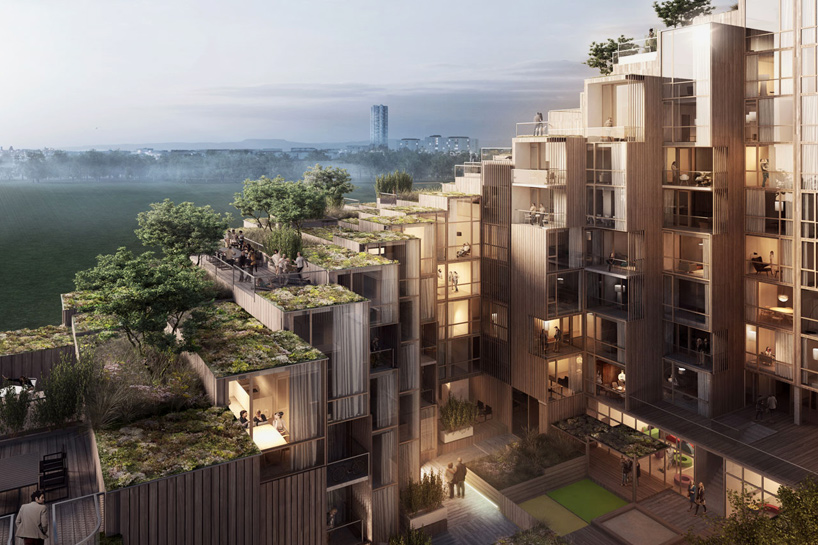 Bjarke Ingels Group (BIG) has unveiled plans for a foliage-covered terraced block of apartments, which are under construction in Stockholm's Gärdet district. 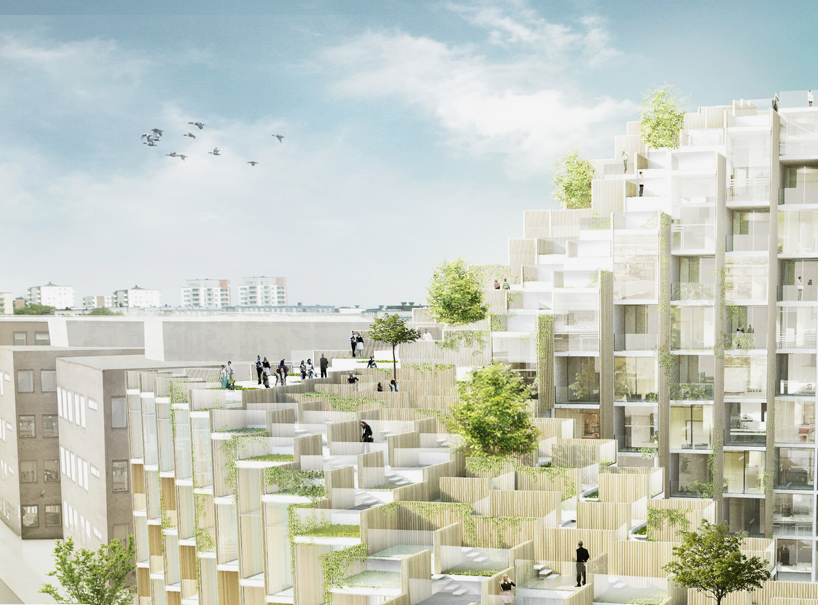 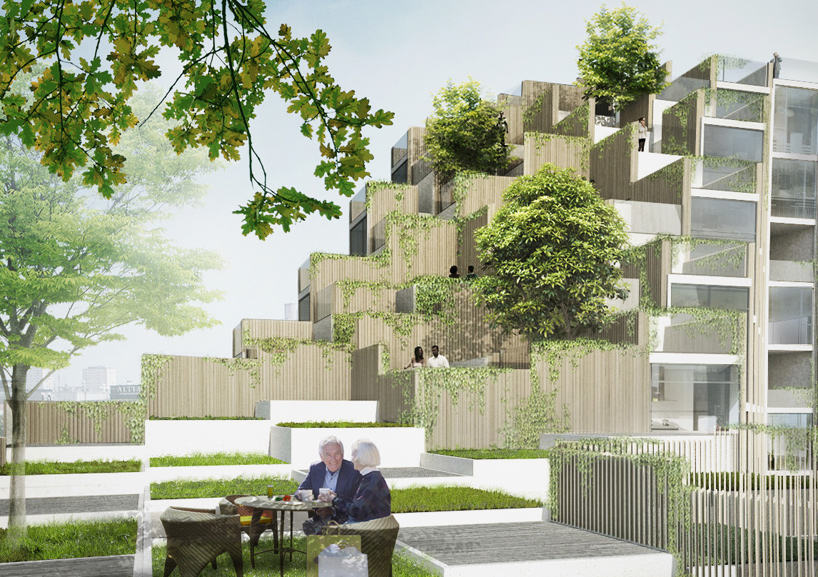 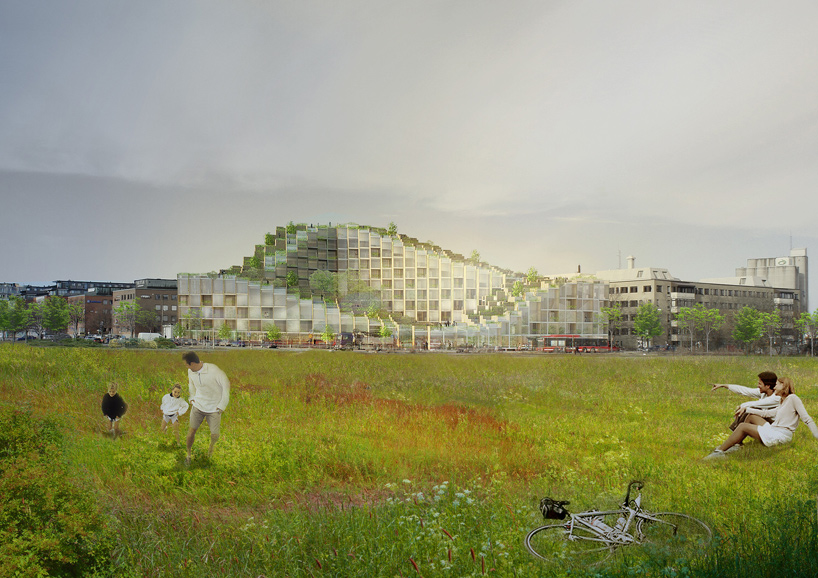 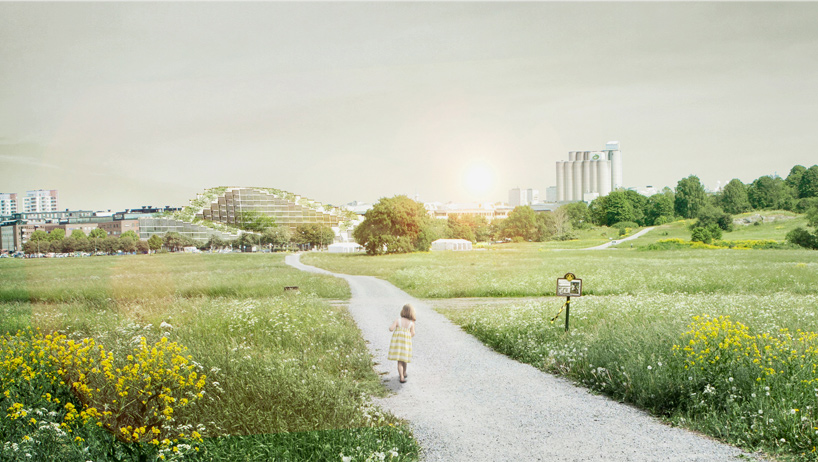 The stepped glass and cedar wood building is adjacent to the Royal National City Park, and echoes its greenery with rooftops covered in plants.

Composed of four rectangular sections arranged in a square around a central courtyard, each of the four parts of the building has a distinctive downwards slope. Its form echoes the 8 House development in Copenhagen, which is considered one of BIG's seminal projects.

"In direct response to the context, the northwest and southeast corners take the heights of their immediate neighbours; while the northeast corner, farthest from the park and nominally with the worst view, is pulled upwards to grant it the most spectacular views of park and port," said the studio.

The 79 & Park development – commissioned by Oscar Properties – features 140 apartments, all of which will have glass and wood-panelled roof terraces.

The ground floor will host a range of commercial spaces, and a public platform at the southwest point of the building will allow visitors views across the nearby park.

"In further deference to Gärdet, the massing is visually reduced through a language of pixels, scaled to the human form," BIG said.

"This manipulation not only allows for a more organic expression, perfectly reflecting the surrounding landscape, but also provides a way to accomplish the building topography in a controlled and inexpensive way through the use of prefabricated units of standardised sizes," the practice added.