The Municipal Art Society challenged architecture firm SOM to re-think the public spaces in and around Grand Central Terminal. 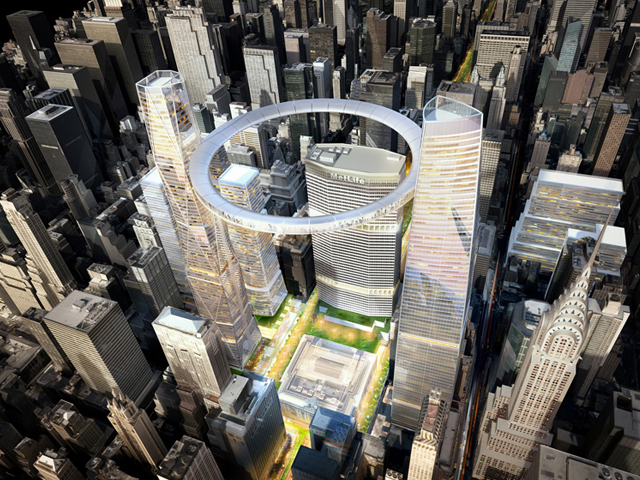 Architecture firm Skidmore, Owings & Merrill LLP (SOM) has proposed a floating observation deck to New York’s Grand Central Terminal that slides up and down the sides of two new skyscrapers. 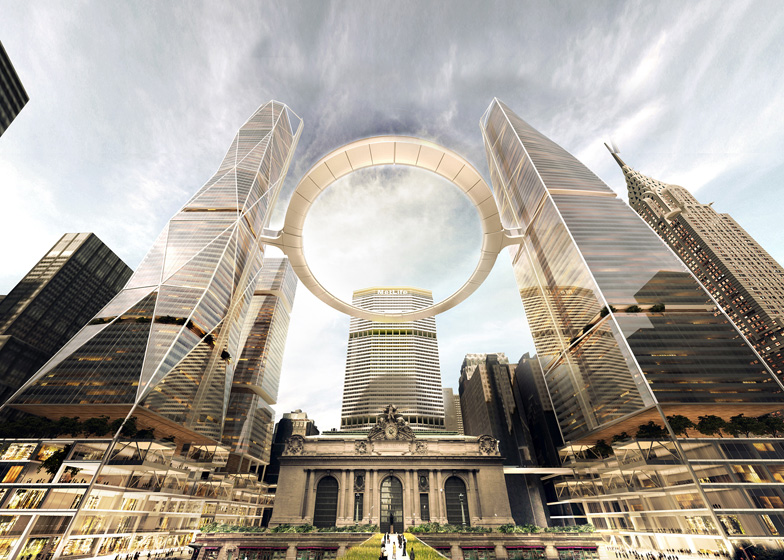 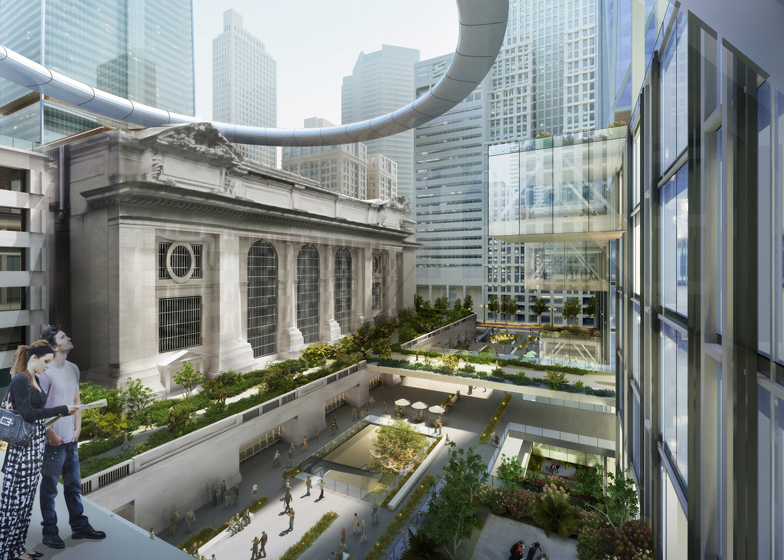 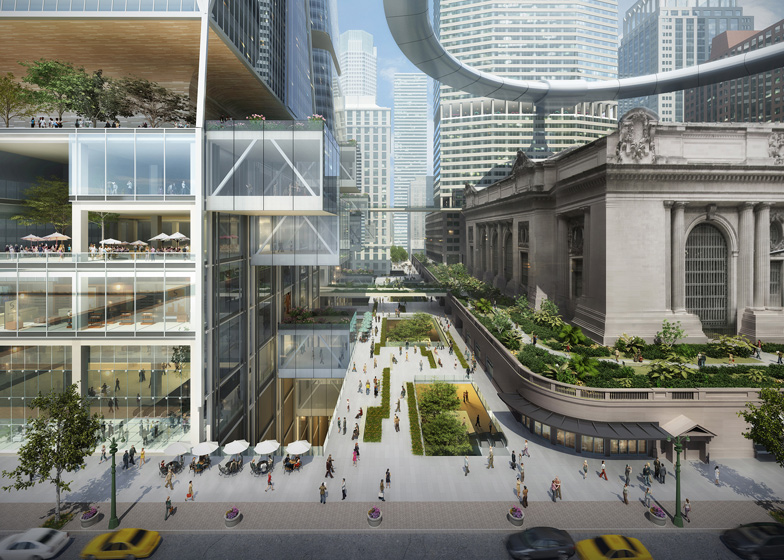 The Municipal Art Society (MAS) challenged SOM to re-think the public spaces in and around Grand Central Terminal in celebration of the landmark’s centennial. The design challenge coincides with a rezoning proposal from the New York City Department of City Planning, which would allow the development of new office towers in the area around Grand Central, thereby increasing the density around the station exponentially.

The proposed observation deck would provide a grand public space which would bring people from the cornice of Grand Central to the pinnacle of New York City’s skyline. The 360-degree panoramic skyline would act as a spectacular experience as well as an iconic landmark and a symbol of a 21st-century New York City.

The doughnut-shaped structure would be attached to the sides of two new office towers, which would fit in with the current rezoning proposals of the New York City planning department, designating it as a commercial area.

The plans also include new pedestrian routes to help ease congestion, as well as a series of public spaces that are privately owned and managed.

Two other architectural firms, Foster + Partners and WXY Studio have also been invited to re-think the public spaces in and around the Grand Central Terminal.