A mixed-used development in Miami will offer stunning views of the Miami River from 243m up via a skybridge that connects the two tower structure and promises 360-degree viewing. 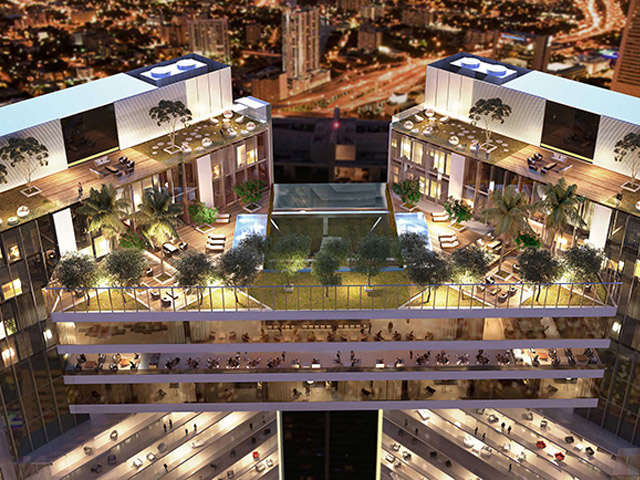 One River Point is poised to be Rafael Viñoly’s contribution to Miami’s expanding landscape of luxury condominiums. The two towers, sited on a downtown site adjacent to the Miami River will rise to 65-storeys. Mixed-use programs include a multitude of onsite amenities for residents, as well as offices, retail outlets, a hotel, a spa and a multi-storey parking garage. 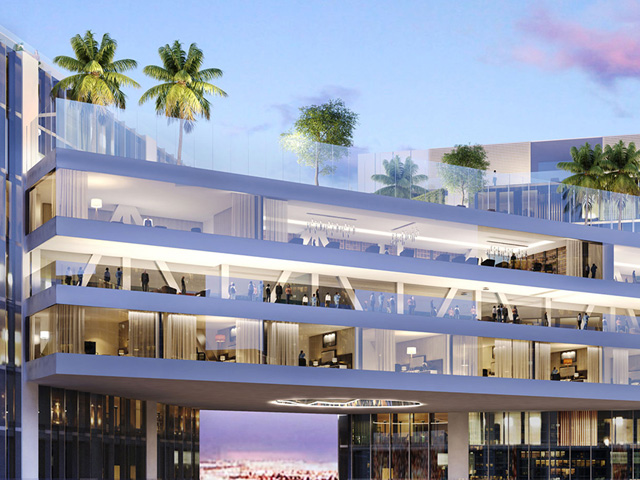 Developed by KAR properties, One River Point seeks to convey an expression of art and nature, to create a dynamic architectural statement in downtown Miami. Viñoly’s vision of two soaring towers was first proposed as being stand-alone, but a pair of offset slab towers was eventually decided upon. Near the top, there will be a three-floor glass skybridge at 800ft (243m) uniting the peaks. The L-shaped organisation follows the river esplanade on the edge of the site and is enhanced with landscape architecture including a palm tree court, pools, and a cascading waterfall. 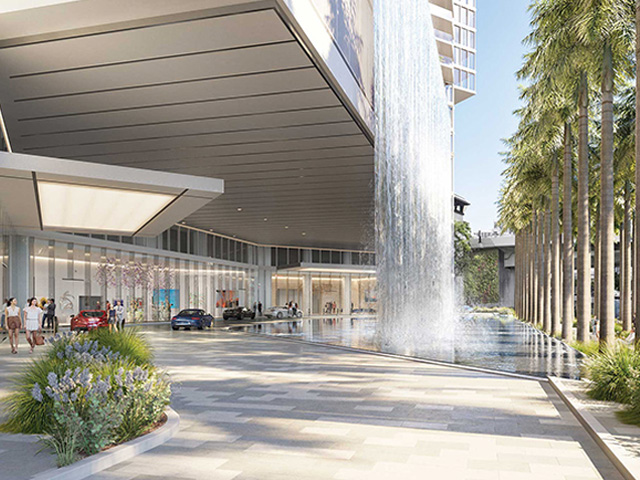 At ground level, the development’s contextually-designed base creates a sense of permeability to the waterfront. The project’s elevated plinth is screened with architectural treatments that reference the adjacent water to instil a light and airy appearance. There will be a total of 350 luxury condominiums, most with their own private terraces. 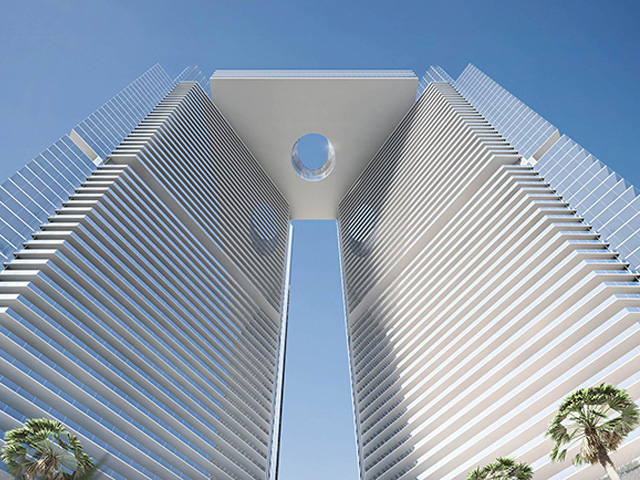 At level 56, the towers are connected again by a three-storey private club. The Sky Club will boast a 360-degree panoramic view of the city, an exercise studio, retail space, hotel suites, and dining and business facilities. Two ‘sky villa’ penthouses top each tower, where residents can enjoy private terraces, pools, and views. 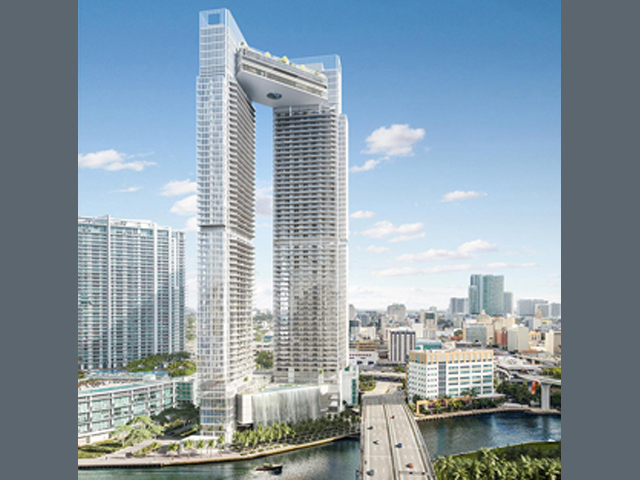 One River Point will add to the major developments currently ongoing in Miami — many from renowned architects.