The masterplan for Rio's Olympic Park sets out to respect and reinforce the balance between native ecology, the city and its people. 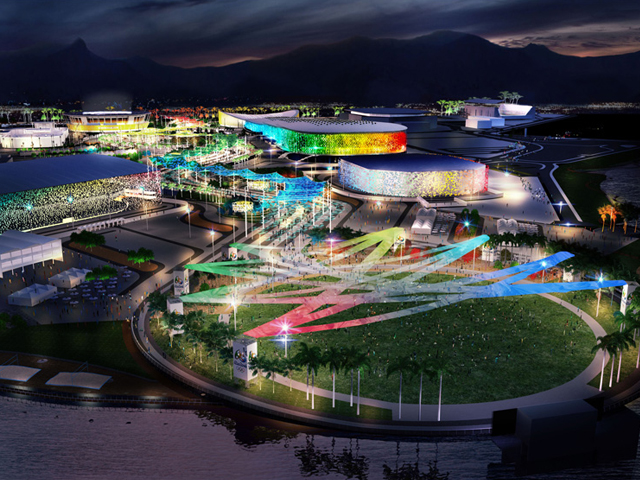 In 2011, AECOM won Brazil's first international architecture competition to design the masterplan for Rio's 2016 Olympic Park, making it the first company to design the parks for two consecutive Olympic Games Parks – London in 2012 and Rio in 2016. 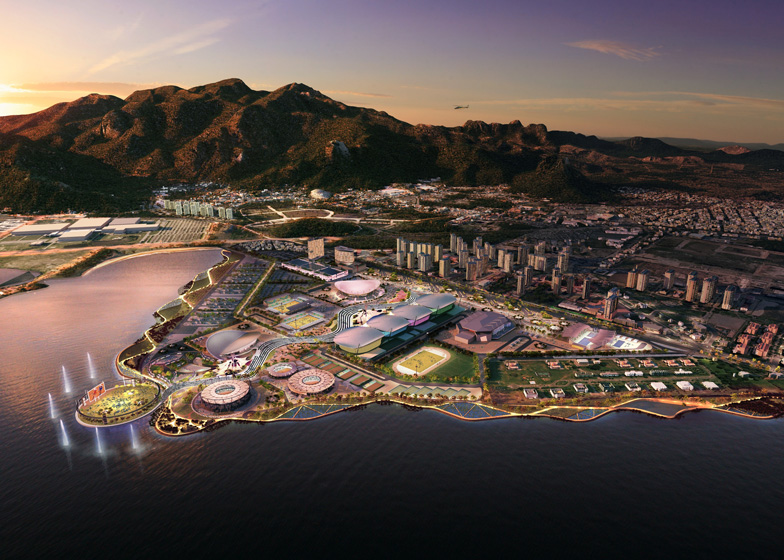 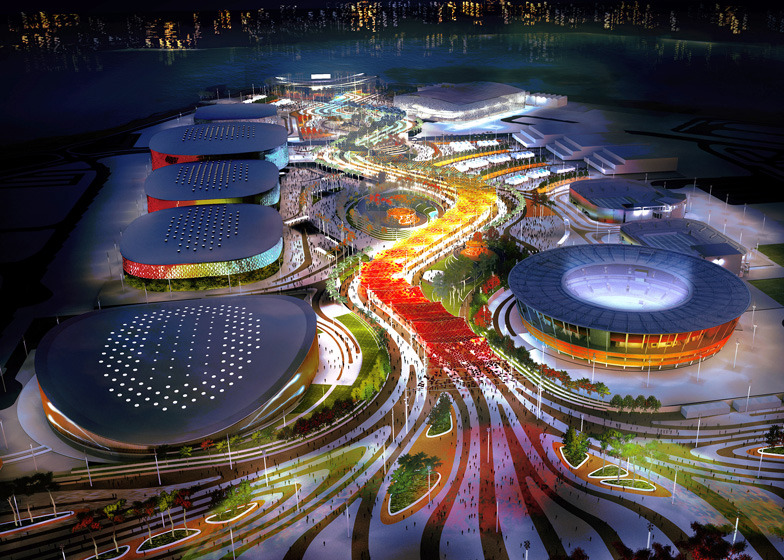 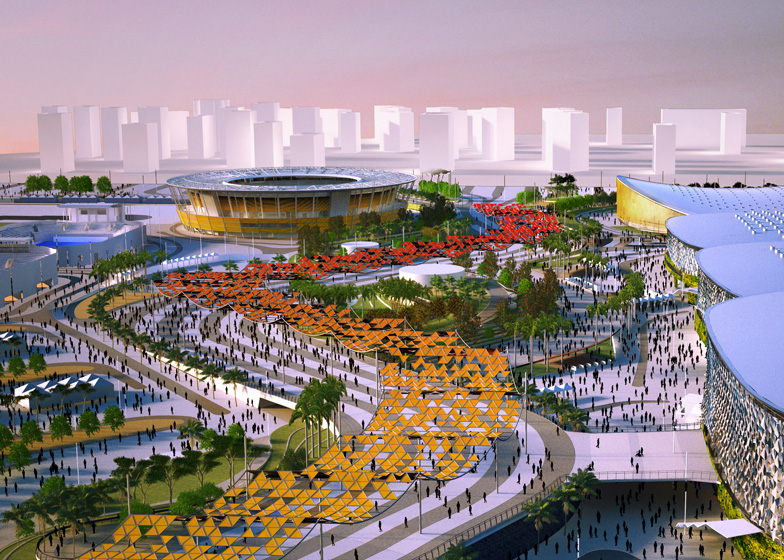 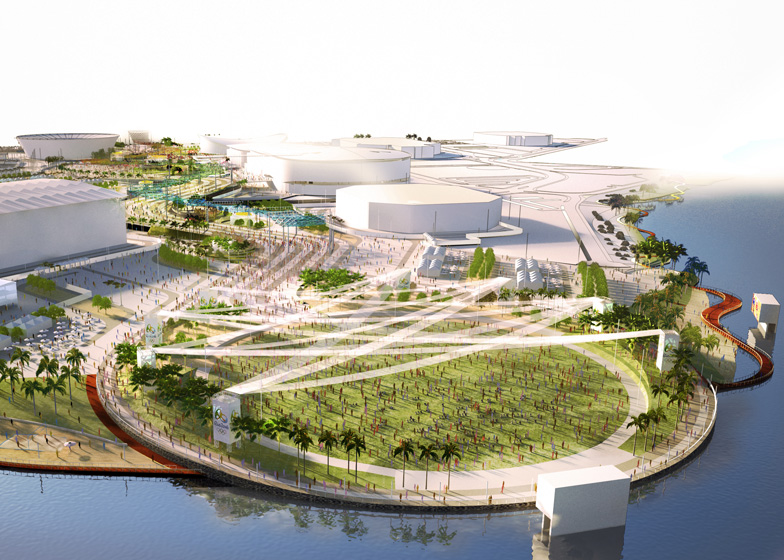 Located on a flat triangular site in the city's Barra da Tijuca district, the main Olympic park will centre itself around a trio of existing stadiums leftover from the 2007 Pan-American Games, which were constructed over a Formula One racetrack from the 1970s.

AECOM plans to transform the peninsula into a tropical landscape that reflects the mountains and valleys of the Brazilian coastline, including gently sloping hills and curving pathways. Seven new stadiums and multiple venues will be lined up on either side of a black-and-white striped central axis, winding like a river from the site entrance to the waterfront. The masterplan sets out to respect and reinforce the balance between native ecology, the city and its people while delivering the platform for sporting excellence.

UK firm 3DReid is teaming up with Rio studio BLAC Architects to renovate the existing Velodrome, while the Maria Lenk Aquatic Centre will be reused for swimming and diving events, and the HSBC Stadium will host gymnastics.

A waterfront lawn will allow up to 12,000 spectators to watch the action on big screens and an AECOM-designed broadcast centre will accommodate around 20,000 international journalists.

Jason Price from AECOM commented, "This is such a high profile and complex project for AECOM, which brings many exciting opportunities and challenges.  We are drawing on our experience from being masterplanners of the London Olympics to take the design of the Rio venues and park even further, which will hopefully be reflected in the end result in 2016."

Every Olympics needs to reflect the character and ambitions of the host city, this event is about celebrating Brazil's emergence as a world power as well as making sure there is a strong legacy plan in place. The vision for the future is to create a global stage for Brazil but also to create a new district with new homes, jobs and places for leisure activities with a new central park and a thriving beautiful waterfront.