The Egyptian government has revealed plans to construct a 200 metre skyscraper modelled on the country's most famous architectural structures. 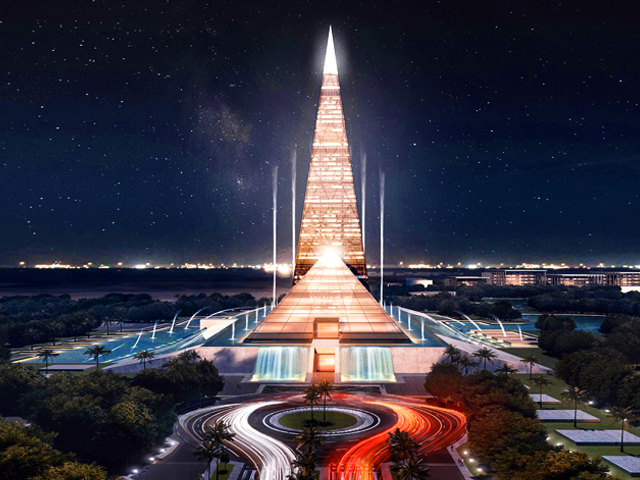 Proposed for Cairo, the Zayed Crystal Spark is set to be a 49-storey building composed of two pyramids – one tall and slim, the other broad and short. The new buildings will be surrounded by various government, commercial and entertainment spaces as well as water features and greenery. 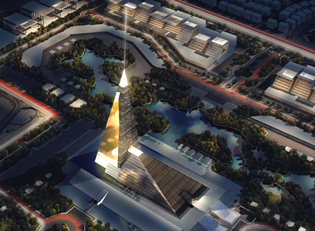 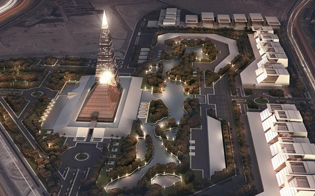 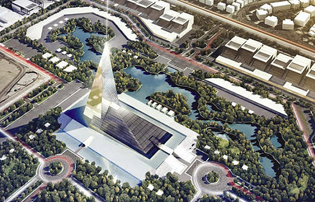 The tower would become the country's tallest building, surpassing the 143 metre high Ministry of Foreign Affairs by over 50 metres.

Moustafa Madbouly, Egypt's Minister of Housing said it would be built through a partnership between real estate developers and the government's New Urban Communities Authority. The government will formally present the project at an economic development conference later this month – an event being held to boost investment for the country's troubled economy.

The skyscraper is envisioned for a 190 hectare site 30 minutes drive from the historic pyramids of Giza. The Zayed Crystal Spark will be significantly taller than the 138 metre high Great Pyramid, which is the oldest of the Seven Wonders of the Ancient World and the only one still in existence.