Underutilised space in Stockholm will be redeveloped into a new dynamic public arena, using landscaping and new structures to minimise noise and pollution and increase street-level connectivity. 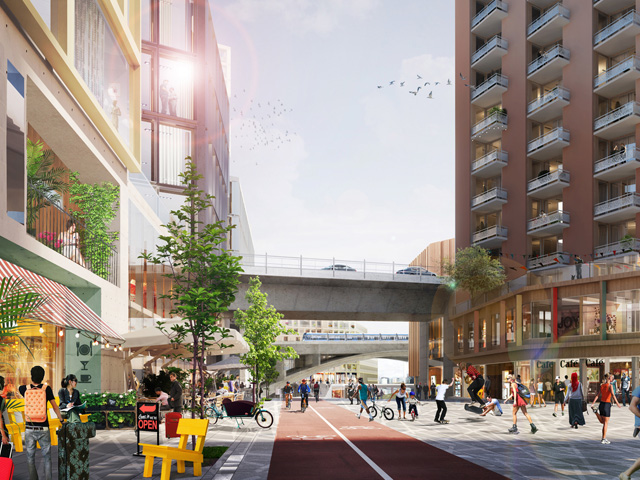 White Arkitekter has teamed up with the City of Stockholm to redevelop Södra Skanstull, a neighbourhood characterised by obstructive overland infrastructure bridging the south of Stockholm to the island of Södermalm. 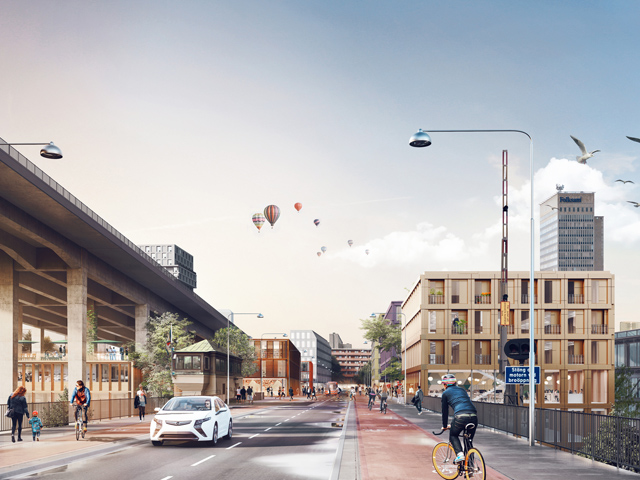 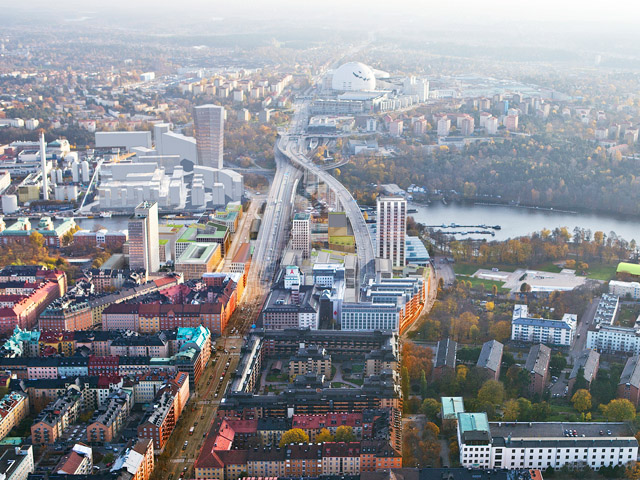 In order to reclaim these underused areas of the city, the revitalisation project will create pedestrian and cyclist boulevards, as well as 65,000sqm of space for culture, sports, and offices, 22,000sqm for commerce, and 750 new apartments. The project will additionally identify, map, and upgrade existing facilities.

“A dynamic and diverse city quarter can only flourish if we build on the history of what is already there, rather than building anew,” said Krister Lindstedt, Lead Architect at White Arkitekter.

Furthermore, soft landscaping and strategically placed new structures will be utilised to minimise noise and pollution.

In its current state, the neighbourhood of Södra Skanstull is cut off from city life, and not as functional as the neighbouring borough of Hammarby Sjöstad, “which is hailed as an exemplary sustainable and human-scaled neighbourhood.” With the new revitalisation, however, the area is hoped to become an example of street-level connectivity and walkability.

Throughout the project’ research and fieldwork stages, “local stakeholders have played a vital role in the process […] and will continue to have a voice in shaping the neighbourhood,” noted White Arkitekter.

“We care about those who inhabit the city, who contribute the life of the neighbourhood and make Södra Skanstull’s identity. Consulting with businesses, cultural and community resources allowed us to identify, and make the most of, the existing qualities of the area,” said Rebecca Rubin, Architect at White Arkitekter.

Phased construction for the project will begin in 2019.