The City of Melbourne has opened their $15.9 million public space development plan up to public opinion, with the city calling for comments on the proposed transformation of Southbank Boulevard. 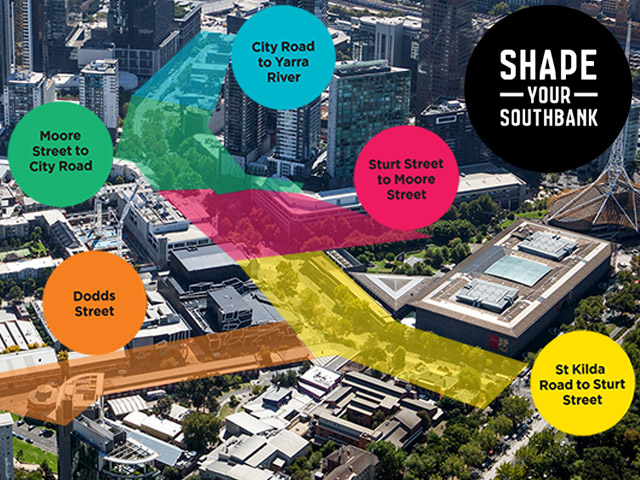 The City of Melbourne is inviting the community to have their say on a four-year $15.9 million plan to transform Southbank Boulevard and Dodds Street to create more public open space for Southbank. 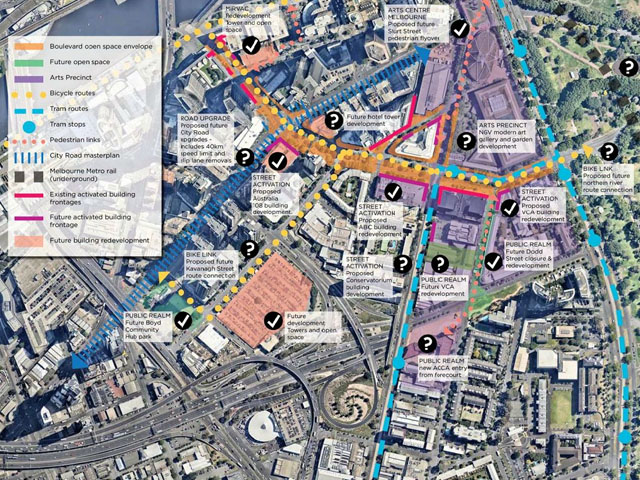 Lord Mayor Robert Doyle said the proposed changes would result in a significant increase in open space along the southern side of Southbank Boulevard starting in front of the Melbourne Recital Centre, the ABC Southbank Centre and the Melbourne Theatre Company and continuing to the Yarra River.

“By shifting traffic and partially closing Southbank Boulevard, we can create up to 2.5 hectares of public open space while maintaining adequate space for traffic. The new public space that will be created in front of the ABC alone would be bigger than City Square,” the Lord Mayor said.

“The series of new spaces would feature open lawns, new trees, playspaces for children, improved pedestrian connectivity, more than one kilometre of new bike lanes and enhanced connections between where people live and work.

“Dodds Street would also be redesigned into a public space that can cater for everything from street performances to medium scale music festivals at the doorstep of the Victorian College of the Arts.”

Traffic modelling indicates that the proposed changes would have minimal impact on parking and traffic in the area. In 1988, Southbank Boulevard carried 40,000 vehicles a day. The boulevard now carries 13,000 vehicles a day after direct access to the central city was closed following the construction of Queensbridge Square in 2001.

“We know that backyards in the inner city are shrinking and more people are living in apartment blocks. In Southbank, 96 percent of residents live in high-rise apartments with little access to outdoor space,” he continued.

“Our plan to transform the boulevard will ensure that nearby residents and workers are able to enjoy more open spaces for recreation, to meet each other and for public gatherings and relaxation.”

Under the proposal, public transport infrastructure would be improved with two tram stops, between St Kilda Road and Sturt Street consolidated into a single island platform stop and new bus stops created along the Boulevard.

Based on the results of community feedback, a draft master plan will be completed in early 2017, with the first stage of construction planned to occur from St Kilda Road to Moore Street in late 2017.

The community can share their feedback on the proposal until Tuesday 20 September by visiting www.participate.melbounre.vic.gov.au/southbankboulevard