The Paris Navigation Gym is powered by people as it sails along the Seine River in Paris, providing users the opportunity to workout while also enjoying the delights of the City of Love. 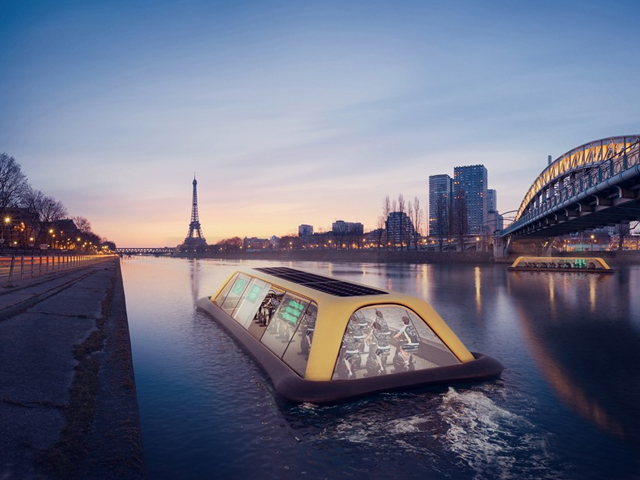 Renowned design and innovation office Carlo Ratti Associati reveals the Paris Navigating Gym project, an exclusive human-powered boat that sails along the seine river in Paris. Developed as a collaborative initiative, the proposal responds to the locals’ demand concerning the urban and public infrastructure. 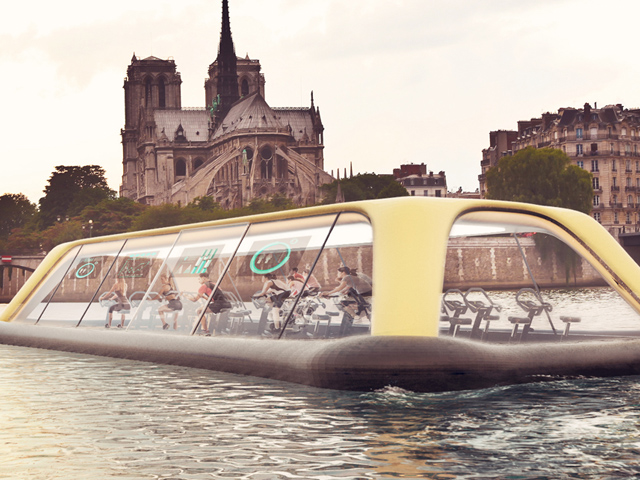 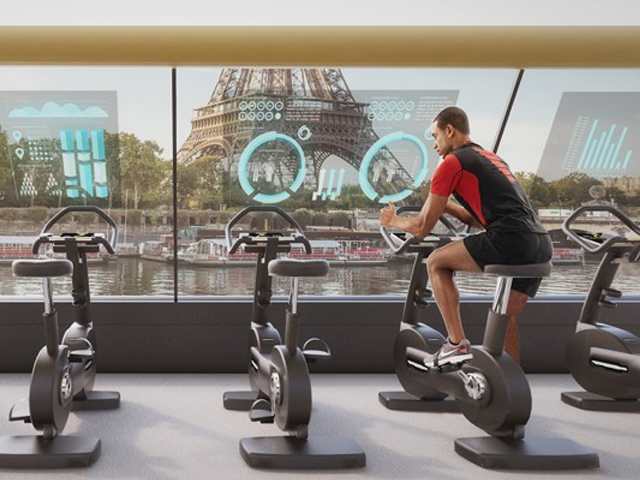 The Paris Navigating Gym project was initiated by Carlo Ratti Associati alongside fitness manufacturing company Technogym, the non-profit Terreform ONE organisation and the urban regeneration institute URBEM; what is hoped to be accomplished through this proposal is to demonstrate the potential of human energy for vehicular powering.

As Carlo Ratti, founding partner of Carlo Ratti Associati and MIT Senseable City Lab director, explains: “The Paris Navigating Gym investigates the potential of harnessing human power, it’s fascinating to see how the energy generated by a workout at the gym can actually help to propel a boat. It provides one with a tangible experience of what lies behind the often abstract notion of electric power”.

The proposed boat is a 20m-long “fitness vessel” that can easily accommodate 45 individuals and features a distinct series of ARTIS fitness equipment - provided by Technogym - which harness the energy produced during workout sessions and ultimately power the cruising vehicle. In addition, fitness enthusiasts can keep track of their energy data and the outdoor conditions via an augmented-reality screen that displays real-time information.

Thanks to electric propellers, the boat can also be activated for a long and enjoyable cruise along the Parisian river - allowing complete public use throughout the year. Finally, this unprecedented experience can be further enhanced with an incredible panoramic glassed front facade, capturing the capital’s urban charm.

Influenced by the bateaux mouches, a typical 20th-century touristic ferry-boat of the Seine River, the vessel’s distinct design indeed reflects the iconic character of the French metropolis. Carlo Ratti explores that idea further by stating, “from Walter Benjamin to the situationists artists, strolling has always been a quintessentially Parisian way to express the excitement of urban life… what if tomorrow we can start to stroll on the river itself?”.

originally, this concept was proposed by Terreform ONE as the River Gym project in 2008 but with further assessment and studies alongside URBEM and UR lab, Carlo Ratti Associati has presented an “ideal evolution of that proposal”, as expressed by the team.

“The Paris Navigating Gym brings our idea of the River Gym to the next level, turning it into a doable project whose potential can have a positive impact both in term of quality of life and public enjoyment of our cities”, explains co-founder of Terreform ONE, Mitchell Joachim.