The world’s greenest football stadium, designed by Zaha Hadid Architects, has finally been given planning approval, with the all-timber structure set to be the new home of the Forest Green Rovers FC in Gloucestershire, England. 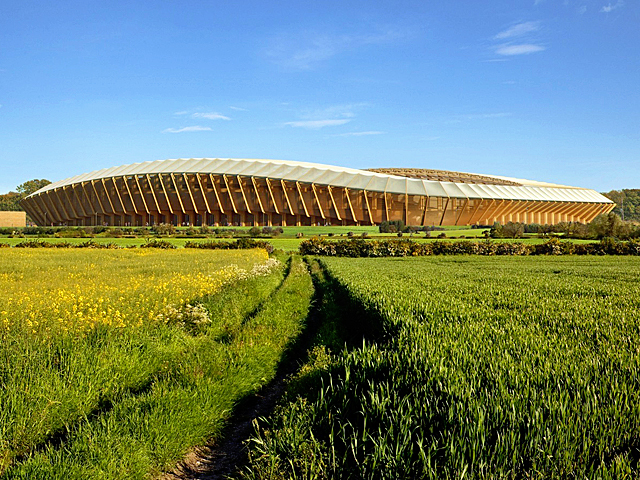 As a beacon of sustainability, the structure will aim to be carbon neutral or carbon negative and will include renewable energy systems as well as low-carbon construction methods and operational processes.

Set in a meadow, Eco Park Stadium minimises its visual impact on the surrounding landscape with a natural material palette and a soft, undulating profile, topped with a transparent membrane roof to reduce the building’s volumetric impact and encourage turf growth. The building will be constructed almost entirely of sustainably sourced timber, from its structure and roof cantilevers to the seating terraces and floor slab — elements that are typically built from concrete and steel in most stadiums. 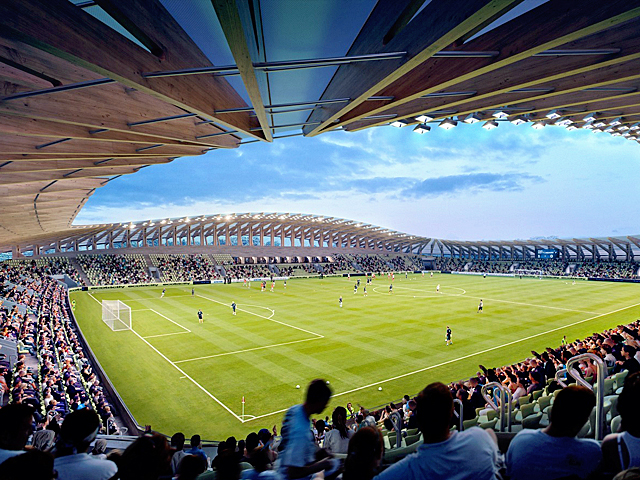 The stadium design can also accommodate future growth; the structure will initially serve 5000 spectators, while phased development can increase capacity to 10,000 seats without the costs of major construction works. 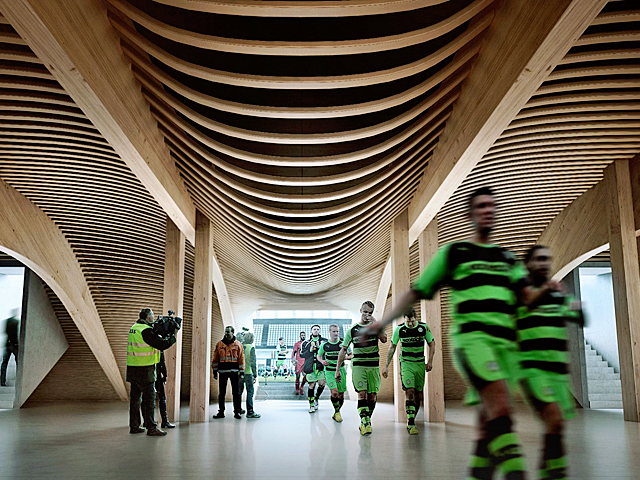 “The really standout thing about this stadium is that it’s going to be almost entirely made of wood — the first time that will have been done anywhere in the world,” said Dale Vince, Ecotricity founder and Forest Green Rovers chairman. “When you bear in mind that around three-quarters of the lifetime carbon impact of any stadium comes from its building materials, you can see why that’s so important — and it’s why our new stadium will have the lowest embodied carbon of any stadium in the world.” 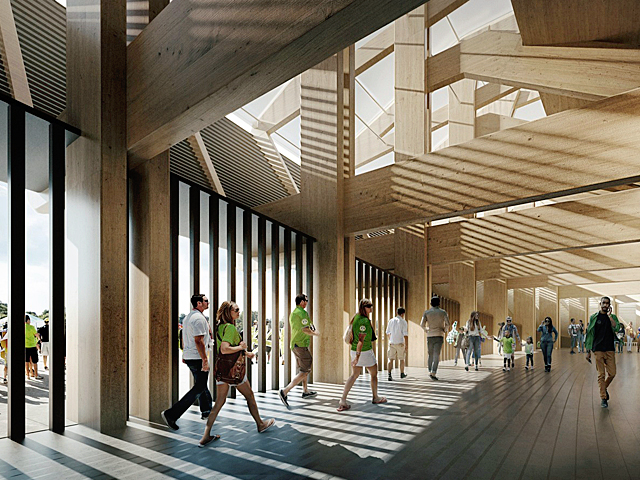 The Eco Park Stadium will be the centrepiece of the $190 million Eco Park development, Ecotricity’s 100-acre sports and green technology park proposal. Half of Eco Park will include state-of-the-art sporting facilities, including the new stadium, while the other half will be dedicated to a green technology business park with sustainably built commercial offices and light industrial units. The proposal will also include a nature reserve on the site and a possible public transport hub. 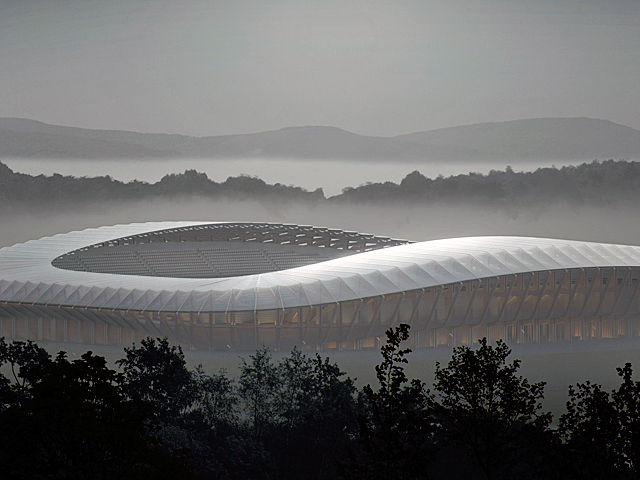 Playing on the Green
Universal Magazines 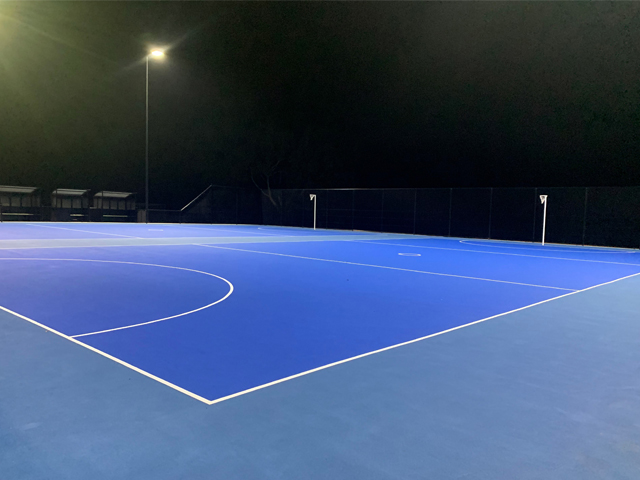 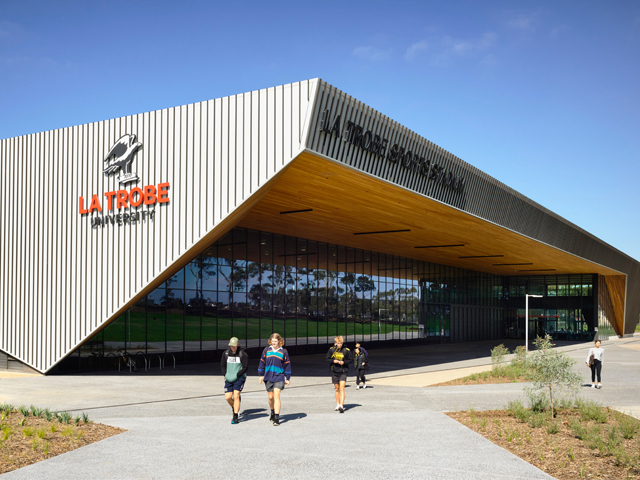