Working on behalf of Syrian refugees, not-for-profit CatalyticAction is “advocating for a design that questions the definition of a playground in an emergency response.” 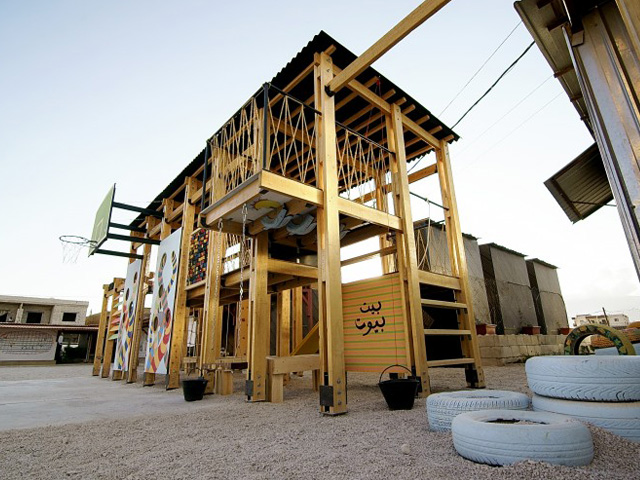 The Syrian crisis has forced thousands of families to leave their homes in search of safe places to continue with their lives. Many families have moved to Lebanon, where the UN has raised a series of informal settlements. While effective in providing shelter, they don't provide specific solutions for children, many of whom have had their studies interrupted and don't have public spaces equipped to play sports and interact with other kids. 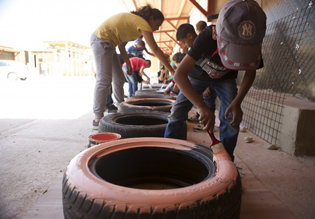 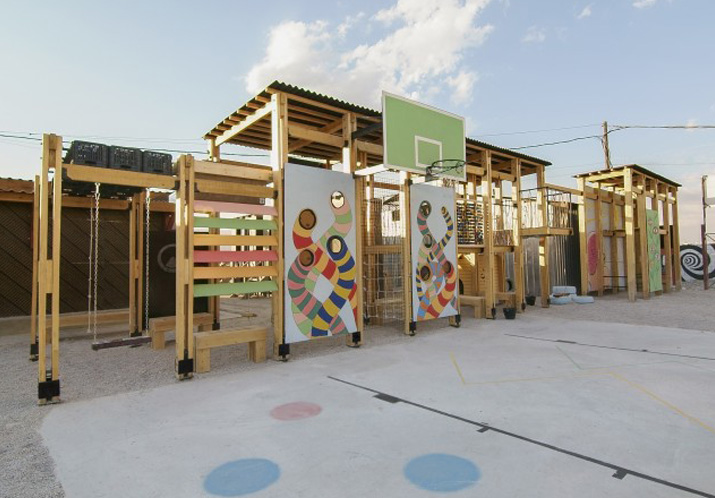 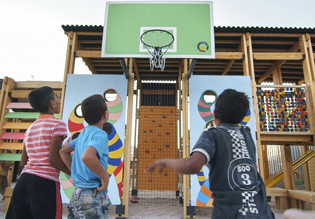 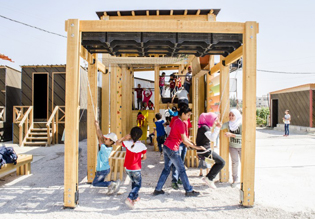 In response to this situation, the architects of CatalyticAction have designed and built a playground in one of the schools developed by The Kayany Foundation and American University of Beirut's Center for Civic Engagement and Community Service, involving children throughout the entire process and allowing the structure to be easily disassembled, transported and either reassembled or repurposed.

Description from the Architects: The Syrian crisis is the world’s largest refugee crisis for almost a quarter of a century under UNCHR’s mandate (UNHCR, July 2015). It has devastated lives; uprooting families from their homes and forcing them to leave the country to find safety elsewhere. The conflict has seen the movement of over 1.2 million refugees to Lebanon, half of which are children. The UN, different nation states and international NGO’s have delivered some support but refugee Informal Tented Settlements (ITS) do not provide a vibrant and safe atmosphere for children to grow up in.

“Within humanitarian responses, programmatically, children often become invisible” (Marc Sommers). This project seeks to challenge this notion and expand the remit of what is deemed necessary in emergency situations. We believe that children have a right to an education, to feel safe, to play and to develop confidence in themselves.

CatalyticAction are advocating for a design that questions the definition of a playground in an emergency response. The innovative process lies within not simply providing playing facilities (swing, slide, etc.) but rather in exploring opportunities that enable these children to design the playground themselves. This makes each playground specific for its context, time and people.

The Kayany Foundation and the American University of Beirut’s Center for Civic Engagement and Community Service have intervened by constructing five schools in the region and providing education for the children. Building on their excellent work, CatalyticAction began the process of designing the playground in one of their schools.

The playground has been designed with the input of the children themselves; having completed exercises that allow them to express their own ideas. The playground is a space where these children can play, rest and feel safe; a space of security in this vulnerable environment. We believe that this is a worthwhile, timely and necessary project that will help a generation of children that may otherwise suffer from psychological trauma and developmental issues.

The playground has been constructed in August 2015 with a participatory and democratic approach; prioritising children within the process. CatalyticAction hosted a Design-Build Workshop facilitated by AUB-CCECS, allowing local and international volunteers get involved in this project. The workshop was divided into two complimentary workshops. The first workshop focuses on building the structure of the playground. The second workshop focuses on the playground components and finishing, where the children themselves were part of the construction and design process together with the workshop participants.

This allowed for a multicultural and interdisciplinary process where the participants from various professional backgrounds worked alongside local NGO’s, and the residents of the settlements. This design approach makes the project specific to this time and this space, therefore not identically replicable in a different context. The involvement of the children since the inception of the project until the actual building gives them a sense of ownership and attachment to the playground.

The playground is designed so that is easy to assemble, disassemble, transport and then either re-assemble or re-purpose. It was important for the local partner that the playground be a temporary structure. The design consists of a wooden structure that is modular and assembled on site. Inspired by the locals’ reuse of material; the design sees the use of vegetable crates, tyres, ropes, etc.

CatalyticAction partnered with the basketball freestyle group ‘Da Move’, who provided two days training to the children. This presented a great opportunity for the children to use the playground in a fun and disciplined way. The inauguration day was a celebration of the day all the children were able to play freely in the playground, as well as enjoy a basketball performance by Da Move and the talents and skills of some of the children. Right To Play Lebanon supported the project by donating basketballs, as well as providing training for three of the schoolteachers on how to use play for education, therefore efficiently using the playground space.

The pilot project acts as a catalyst. It triggered the awareness of the much-needed space for refugee children. We are currently working on scaling up the project and designing playgrounds in the other Kayany’s schools in Bekaa, Lebanon. We are also working with Jusoor NGO in Lebanon to design playgrounds in two of their educational centres in Lebanon. 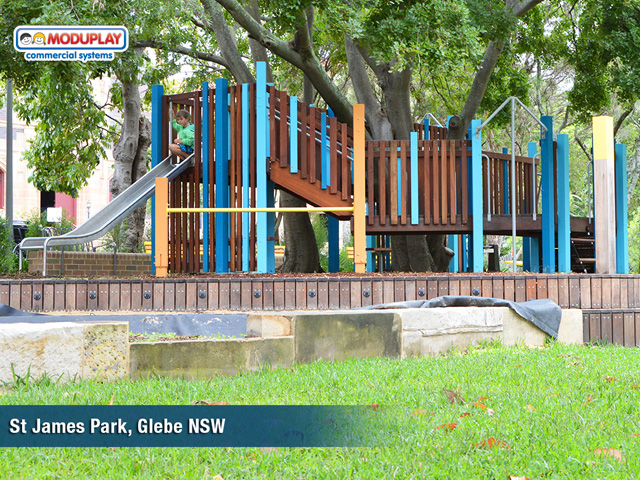