An estimated 136 tonnes of carbon dioxide have been stopped from entering the atmosphere by incorporating recycled plastic bubbles within the concrete slabs of a construction project in Germany. 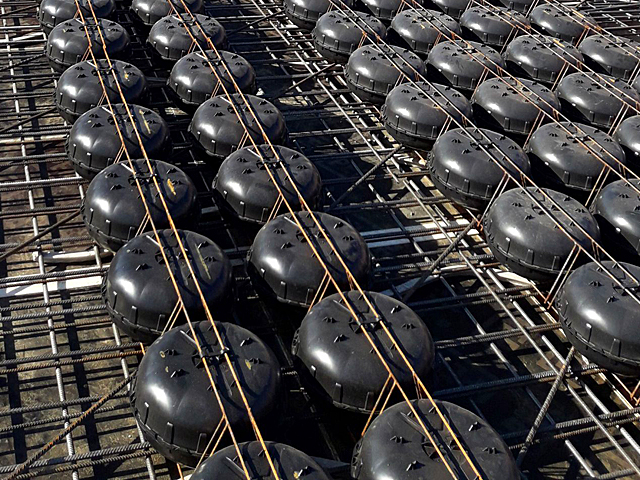 The two SparkassenVersicherung (SV) buildings in Mannheim's Glückstein district are being built with concrete slabs developed by Cobiax, which include voids so that less concrete is used.

The slabs have up to 35 percent less material than solid reinforced concrete, thanks to the presence of the hollow spheres of plastic. These spherical void formers fill parts of the slab not required for load-bearing. Not only does this bring a reduction in concrete – one of the world's main sources of carbon emissions – but also the lighter slabs reduce the energy expenditure required for transport.

For the 13-storey SV buildings, designed by architecture studio Sacker, this has meant using 1,613 tonnes less concrete across the two buildings, with significant CO2 savings to match. 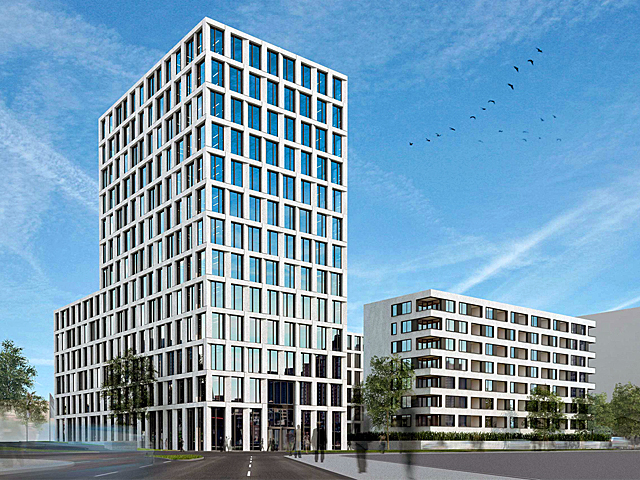 "The lower volume of concrete reduces pollutant emissions so that we were able to achieve CO2 savings of 136 tonnes by using our system in the Quartier4 project," said Cobiax. "A mere 100 concrete mixer journeys were needed for a total of 645 cubic metres of concrete."

The shell construction phase of the project was completed in 2019, with completion due in summer 2020. Built by developers Diringer & Scheidel, the mixed residential and commercial towers will total 24,300 square metres of office space and apartments.

The buildings use Cobiax SL modules, which have previously been used on Zaha Hadid Architects' Vienna University campus library and Diller Scofidio + Renfro's Columbia University medical centre. The ‘SL’ stands for ‘slimline’, because with the reduced load placed on each slab, they can also be thinner than regular products.

Cobiax sees its product as an extension of a construction technique that has existed since ancient times, pointing to cassettes in the Roman Pantheon that reduce the weight of the ceiling and enable its generous size. Company founder Karsten Pfeffer developed his own take on this approach through doctoral research in the late 1990s and grew Cobiax from there. 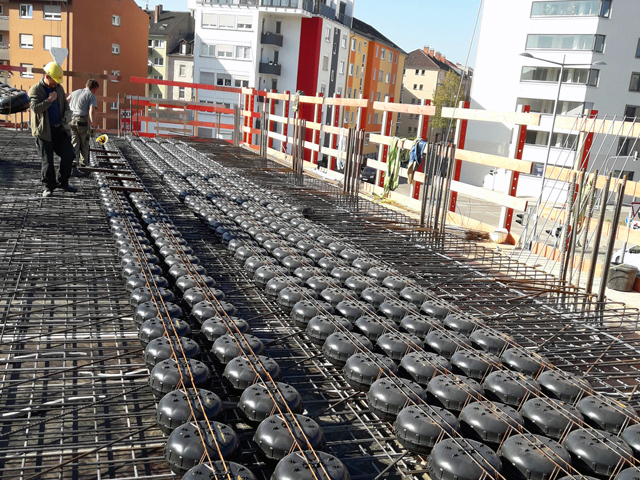 Concrete is in the spotlight in the architecture and construction industries as awareness grows about its environmental impact. On its own, the material accounts for about eight per cent of the world's total carbon dioxide emissions.

At the Architecture of Emergency climate summit in September, architects and experts argued the material should be abandoned.

Others have proposed using incremental measures to produce more sustainable concrete. MIT researchers have proposed a new cement manufacturing process that is emissions-free, while Lancaster University engineers have recommended using nanoplatelets from carrots to improve the material. 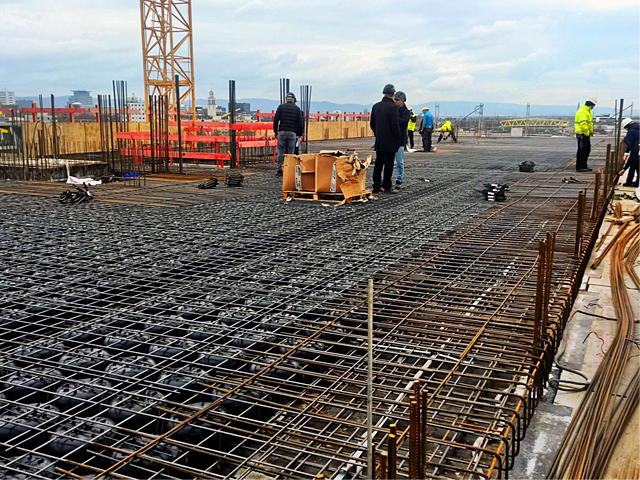 Via Dezeen | Images courtesy of Cobiax 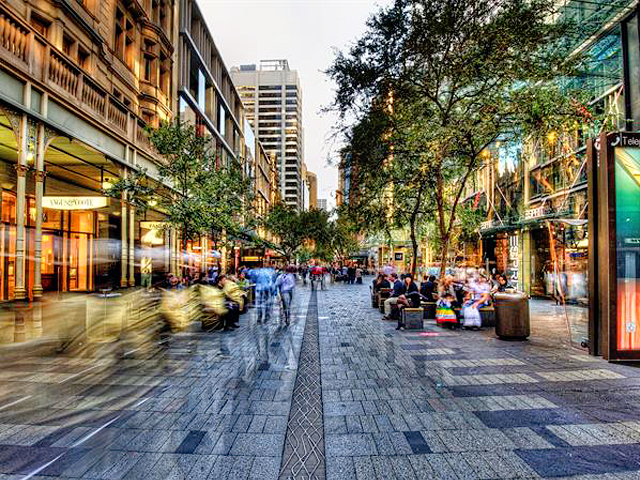 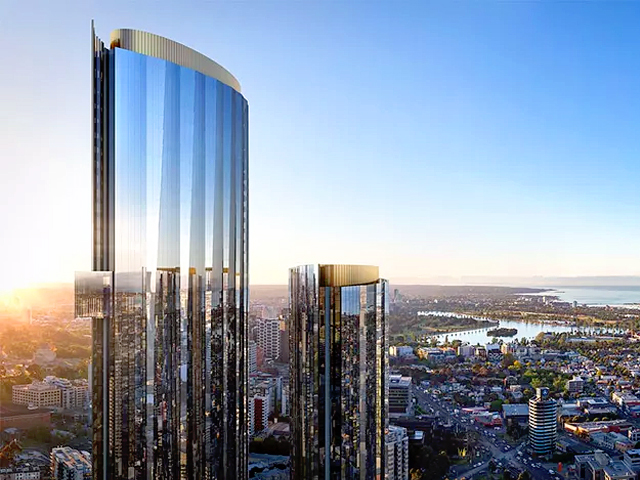 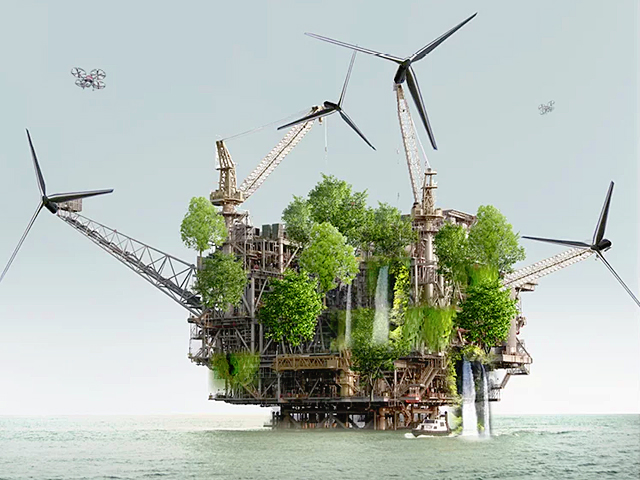 FROM OIL RIGS TO RADICAL HOUSING 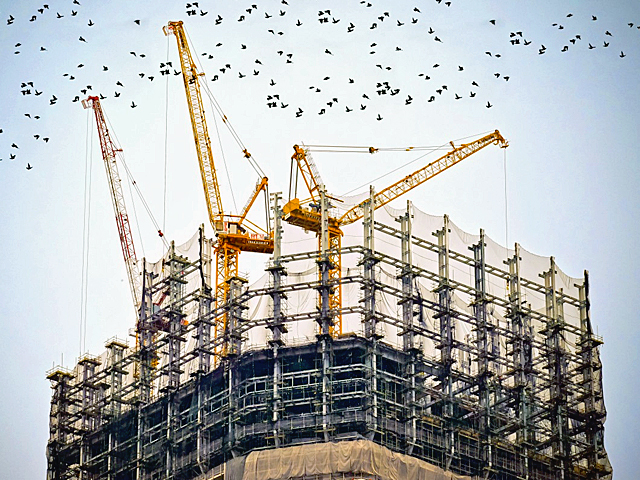 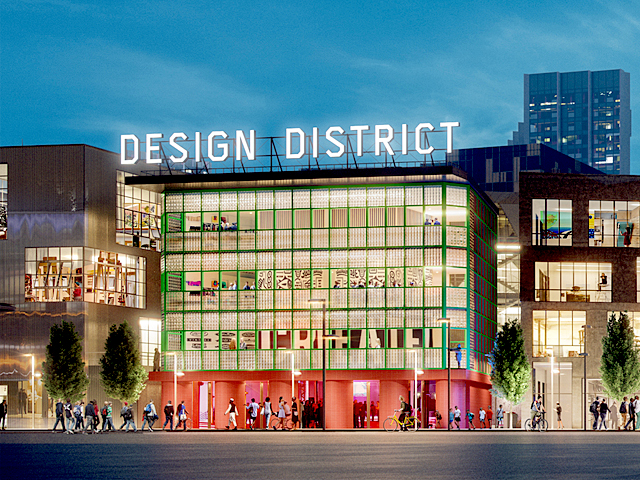 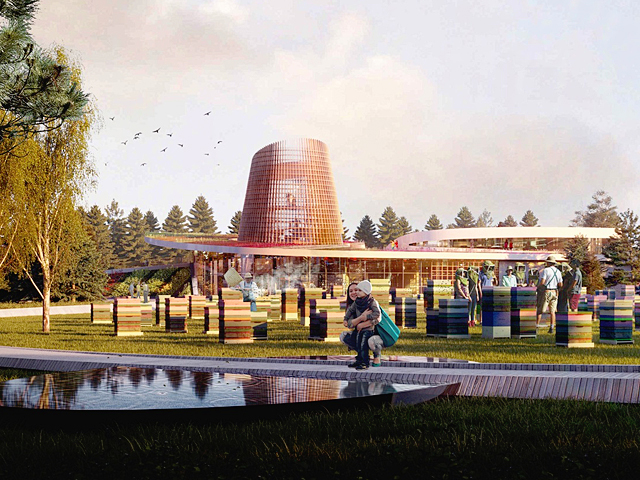