Researchers have found cells in plant seeds that act like a "brain" to decide when a plant should sprout. Scientists may now be one step closer to engineering the security of yields in adverse conditions. 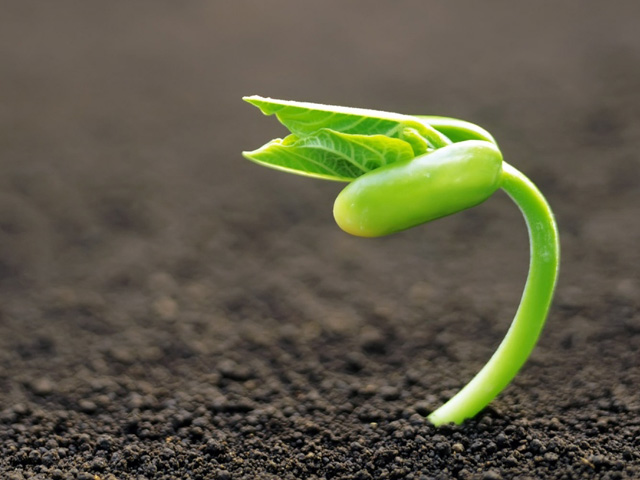 Recent research has revealed the clever techniques that plants use to sense and prepare for drought conditions, hunt out water and even learn from experience like animals. Now, a team from the University of Birmingham has discovered a cluster of cells in seeds that act like a brain to decide when the plant should sprout, in a finding that could help improve crop yields.

To get the best start in life, seeds need to very carefully choose when they germinate. It could be an advantage to spring up ahead of competing seedlings, but in some cases, the early bird may catch the frost, and die off while more patient plants sleep in.

Working with a species called thale cress, or Arabidopsis thaliana, the Birmingham scientists located the group of cells in the seed that control this decision-making process. That group contains two competing types of cells, one promoting germination and the other promoting dormancy. These two sets are locked in a tug of war match, swapping hormones back and forth in a process that's remarkably similar to the mechanism going on in the human brain while we decide whether to move or not. In both cases, the separate competing cells seem to be key to the decision-making process.

"Our work reveals a crucial separation between the components within a plant decision-making centre," says George Bassel, lead author of the study. "In the human brain, this separation is thought to introduce a time delay, smoothing out noisy signals from the environment and increasing the accuracy with which we make decisions. The separation of these parts in the seed 'brain' also appears to be central to how it functions."

To study the phenomena, the team made a mathematical model of how the separate cells would work to control how sensitive the plant was to its environment. The model predicted that the more variation there was in environmental conditions, the more seeds would sprout. That might sound counter-intuitive, but sure enough, when the researchers tested it in the lab, they found that was exactly what happened.

"Our work has important implications for understanding how crops and weeds grow," says Bassel. "There is now potential to apply this knowledge to commercial plants in order to enhance and synchronise germination, increasing crop yields and decreasing herbicide use."

The research was published in the journal Proceedings of the National Academy of Sciences (PNAS).