Plans have been unveiled by the NSW Government for the 11,200-hectare aerotropolis that will be constructed around the Badgerys Creek airport in Western Sydney. 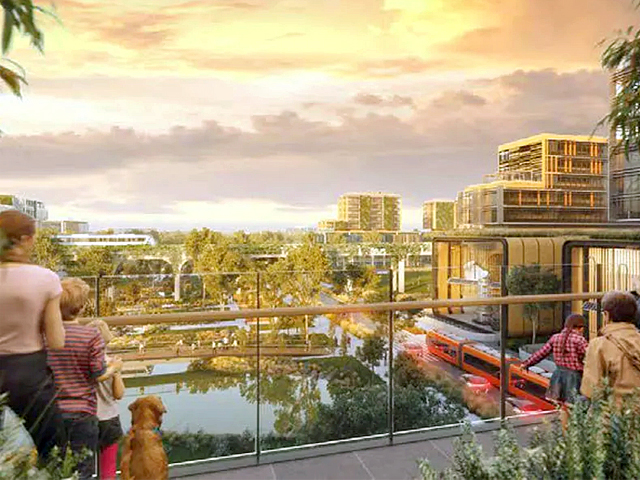 Following the announcement of Zaha Hadid Architects and Cox Architecture as the architects of the Western Sydney airport, the plans details a new “30-minute city” where everyone will live in close proximity to work, retail, education and entertainment.

A long-term strategy has been detailed as part of the draft of the Western Sydney Aerotropolis Plan in preparation for developing around the airport, with the area divided into ten precincts. The plan was developed by the Western Sydney Planning Partnership, a local government-led initiative that includes Blacktown, Blue Mountains, Camden, Campbelltown, Fairfield, Hawkesbury, Liverpool, Penrith and Wollondilly councils, as well as state agencies.

“The Aerotropolis will be framed around a landscape-led approach, where Wianamatta–South Creek, large regional parks and an expansive network of green and blue corridors shape the city’s structure and building,” states the plan.

“People will live and work in vibrant urban centres with a mix of uses, walking and cycling paths, and social and cultural infrastructure. Planning on this scale will build resilience and adaptability to the effects of a changing climate and draw on circular economy principles to better use resources and reduce waste on an Aerotropolis-wide scale.”

NSW planning minister Rob Stokes said, “The Aerotropolis will be Sydney’s newest economic hub and will be a 30-minute city, where people live close to jobs, schools, health services and high-quality open space. With construction of the airport underway, we have a once-in-a-lifetime opportunity to create a brand-new city, and we want the community to be part of the process.”