A proposed development that will revive the Malt District in the suburb of Cremorne, and restore the well known Nylex Clock, has been submitted to the City of Yarra for approval. 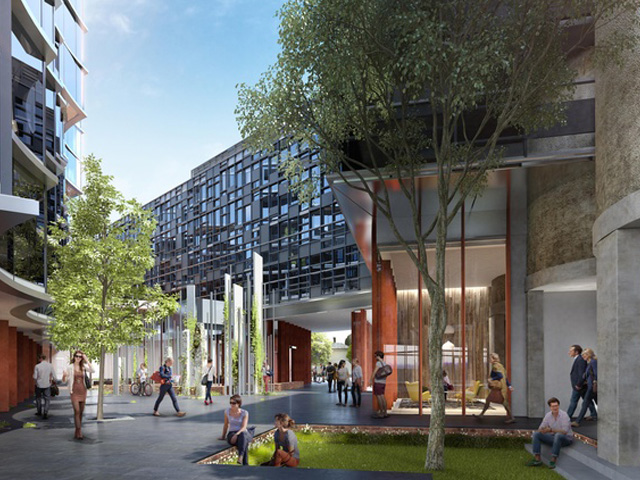 A proposal by Fender Katsalidis Architects and Oculus, international landscape architecture firm, for a $1 billion dollar mixed-use development will revive the Malt District of Cremorne in Melbourne. 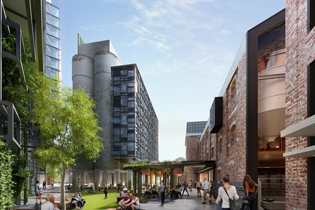 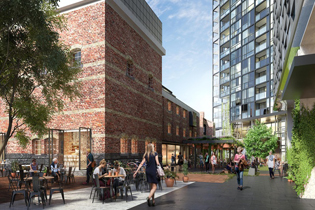 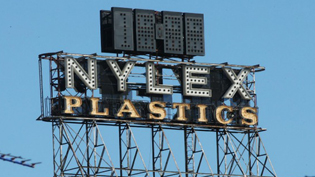 Submitted to the City of Yarra for approval, the development will includes a series of buildings that stand between 3 and 21 storeys, 6000m of commercial space and 1000 new residential dwellings. The development will also include a public plaza and a Yarra River crossing point composed of a series of paths that can be utilised by cyclists and pedestrians.

The proposal also includes plans that will restore Melbourne’s iconic Nylex Clock back to working order. Dating back to 1961, the Nylex Clock is a marker for the industrial area. Deactivated in 2007 when Nylex Plastics was closed down, there have been a few campaigns in the past that have attempted to revive this iconic fixture of Melbourne.

In addition to the restoration of the Nylex Clock, which will be returned to operation utilising renewable energy, a publicly accessible rooftop function area will be set close to the base of the sign and provide visitors with a previously unseen view across the city.

Set on a 3.5 acre site in what is known as the Malt District, the new development will reflect the area’s history as a brewery and malt storage site by incorporating features of the heritage-listed silos and buildings that remain in the area.

The developer behind the project is Melbourne-based Caydon, together with consultation teams consisting of Lovell Chen Architects and Heritage Consultants, Parks Victoria and planners from the City of Yarra.

Oculus Landscape Designer Bob Earl adds, “Our plans represent a coming together of new and old. What we have imagined is a concentration of the site that was, and a distillation of Cremorne as it is now, to create a greener, grander place that celebrates its history and proximity to the river.”