An intuitive public space has been designed around an existing art museum. With an open-plan courtyard which opens to the sky and a coiling spiral staircase hugging the museum this is a wonderful use of space. 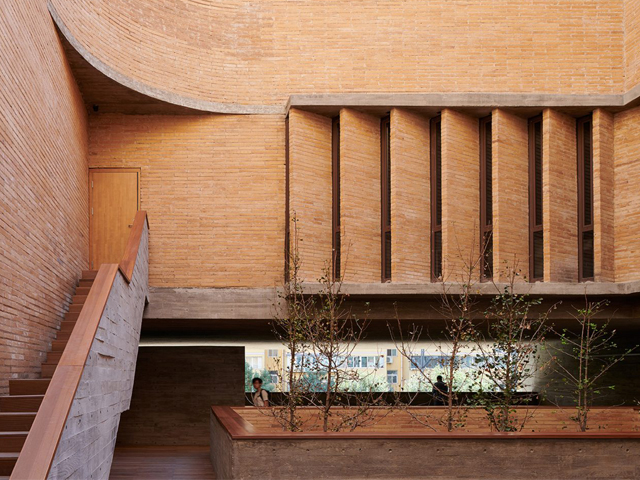 The pale brick volume of the Changjiang Art Museum by Vector Architects includes a raised public square and footbridge for the city of Taiyuan. The museum is located in Changjian village at the northeast corner of the city in Shanxi Province. This area was largely demolished in 2016 to make way for rapid urban development.

This prompted Beijing-based Vector Architects to create a building that would not just be an isolated museum space but would also go some way to repair the urban fabric. "The spatial contexts that once inscribed the memory of people's everyday lives were deprived and fractured," said the studio. 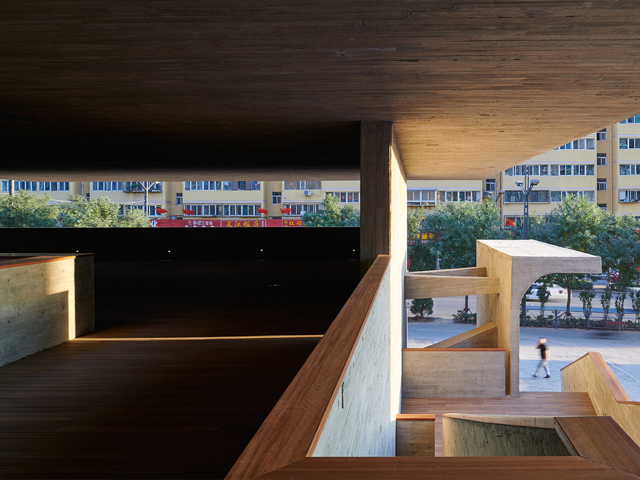 Accessed via a concrete stair at the southwestern corner of the building, a raised plaza is centred around a tree-filled courtyard that is open to the sky. Narrow, horizontal cuts in the otherwise windowless elevations of Changjiang Art Museum look out of this shared public space to the city beyond whilst filtering sunlight into the shaded space.

"The terrace at second-floor level becomes a raised-up plaza with a tree courtyard in the centre, allowing for public activities and further connecting to the northern community across the street via a footbridge," explained the practice.

"This exterior circulation is public and independent from the route in the museum – both of them accommodate use by visitors and the general public."

Changjiang Art Museum's gallery spaces are anchored around a circular lightwell, 16.4-metres-high and wrapped by a circular staircase that provides an unfolding series of views for visitors. "People will start by passing through the bottom of the lightwell, walking along the spiral stair coiling up to the galleries while inadvertently looking back into the lightwell through apertures at different levels," said the practice. 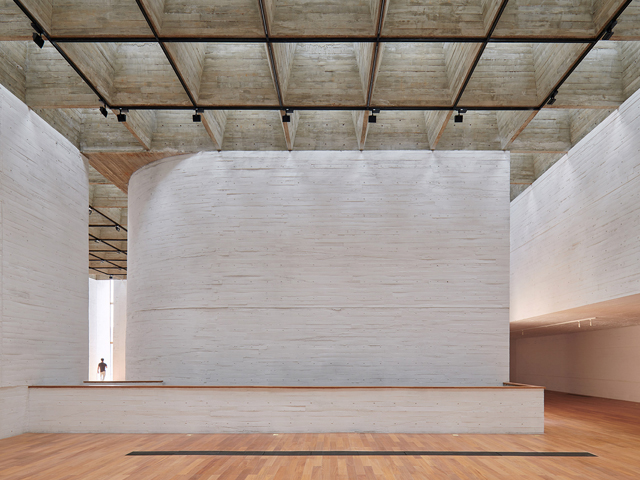 This lightwell, along with the courtyard, provides all of the light and views for the inward-looking structure, with the gallery spaces lit by skylights in the concrete waffle-beam ceilings and a high, narrow window in the southeastern corner. Floors and balustrades have been finished with wood, with the brick and concrete walls painted white to create bright, textured spaces.