A pedestrian garden bridge spanning the River Thames has been designed by Heatherwick Studio, the designers of the London Olympics cauldron. 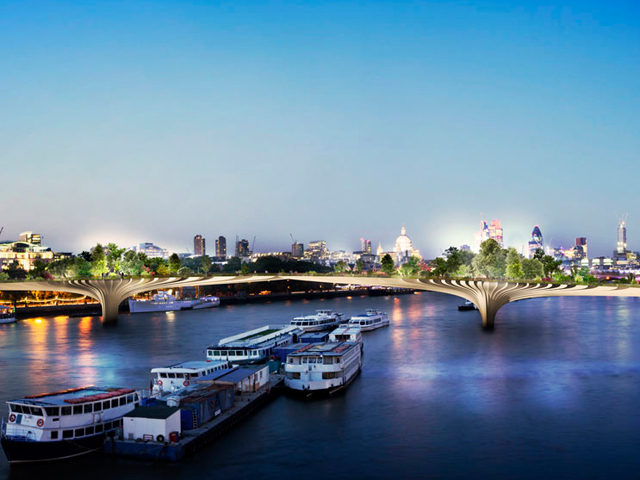 A pedestrian garden bridge spanning the River Thames from Temple to the Southbank has been designed by Heatherwick Studio, the designers of the London Olympics cauldron. 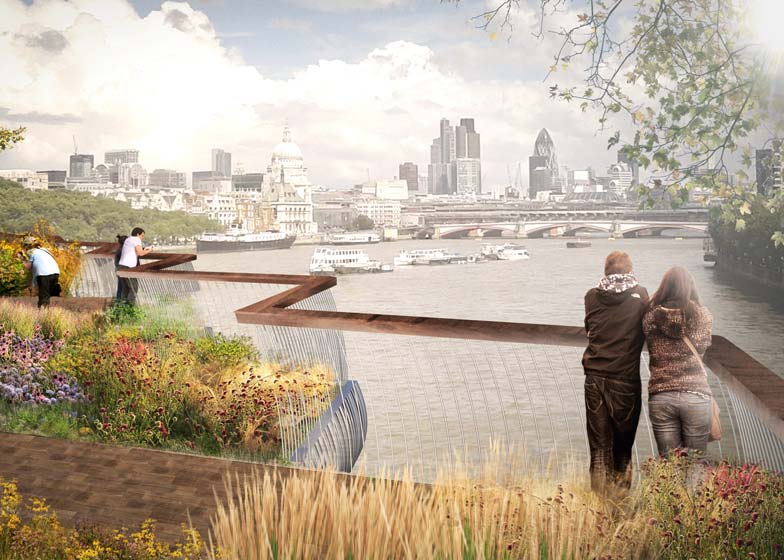 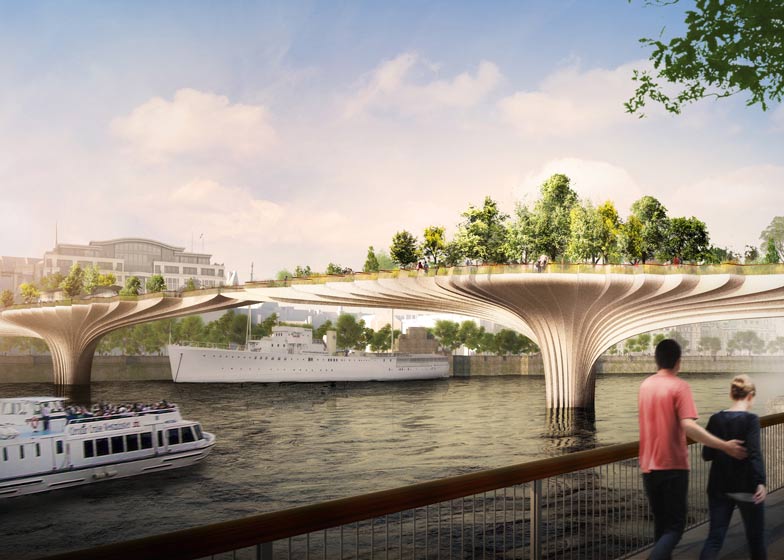 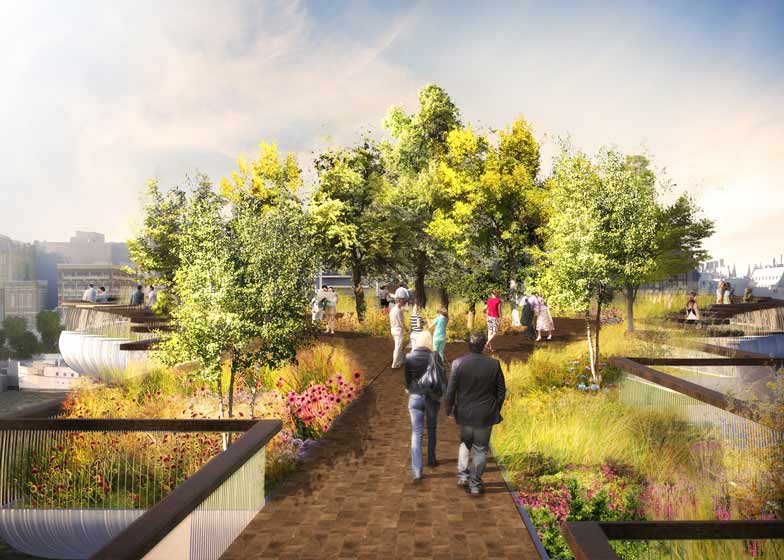 Commissioned by Transport for London to explore the opportunity of a pedestrian river crossing, Heatherwick has proposed a lush garden complete with indigenous species of woodland and wildflowers which connects the north and south of London.

The structure will cost $100 million, which Heatherwick will be required to raise from private investors.

The design won a Transport for London tender for ideas to improve pedestrian access across the river. It would be the first new crossing since the Millennium Bridge opened to the public in 2002.

Heatherwick Studio says it has been working on the idea with actor and campaigner Joanna Lumley, who comments, "this garden will be sensational in every way: a place with no noise or traffic where the only sounds will be birdsong and bees buzzing and the wind in the trees, and below the steady rush of water. It will be the slowest way to cross the river, as people will dawdle and lean on parapets and stare at the great cityscapes all around; but it will also be a safe and swift way for the weary commuter to make his way back over the Thames".

Isabel Dedring, London's deputy mayor for transport said that "The mayor has been keen to find an iconic piece of green infrastructure that can symbolise London as a high quality of life place to live," adding "but if private sector funding isn’t forthcoming then the project isn’t going to be able to go ahead."

Heatherwick Studios is now working with engineering giants Arup to develop the plans with an aim of submitting them for planning permission in spring next year. It would make 2016 the earliest possible opening date.