Apple's plan to build a spaceship-shaped headquarters has been cleared for launch. 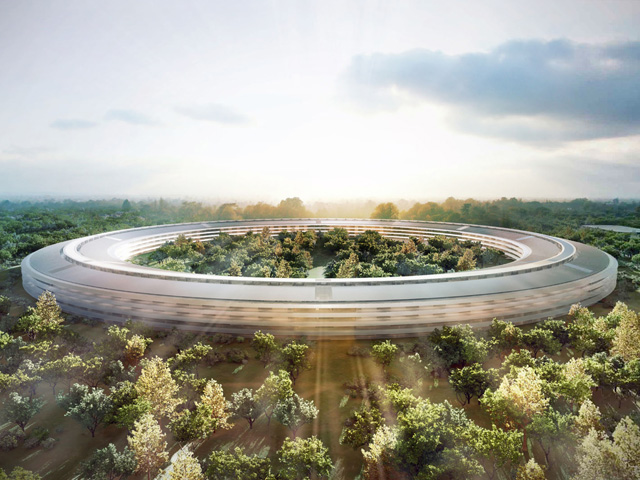 Apple's plan to build a spaceship-shaped headquarters has been cleared for launch by Apple officials in Cupertino. The project was originally endorsed by late Apple co-founder Steve Jobs. 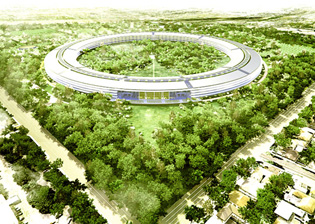 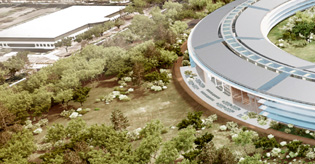 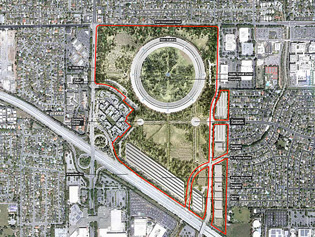 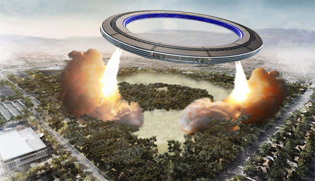 The majority of space will be greenery except for a glimmering ring of polished metal and glass in the middle of it, housing up to 14,000 employees.

Peter Oppenheimer the Chief Financial Officer of Apple said "The concept of the building is collaboration and fluidity. It'll provide a very open-spaced system, so that at one point in the day you may be in offices on one side of the circle and find yourself on the other side later that day. We found that rectangles or squares or long buildings or buildings with more than four stories would inhibit collaboration. We wanted this to be a walkable building, and that's why we eventually settled on a circle."

The list of campus amenities included a striking restaurant and a fitness centre with 100,000 square feet of space.

The building is also set to be one of the most environmentally sustainable developments on this scale anywhere in the world. Environmentally sustainable features include naturally ventilated space with radiant cooling that avoids the need for air-conditioning, LED lighting and smart-control systems adapted to the site's microclimate conditions and on-site recycling of all excavated dirt into berms, which eliminates dust-heaving trucks in construction time. 700,000 square feet of solar panels will make the campus net-zero energy.

Dan Whisenhunt, Apple's director of real estate and facilities said "A building like this will use 30 per cent less energy than a typical corporate building in the Valley. And that's 100 per cent renewable energy, which is unheard of on this scale, with most of it produced on-site."

Campus plans has also promised a landscape design of meadows and woodlands which will create an ecologically rich oak savannah reminiscent of the early Santa Clara Valley.

Apple said that it would continue to use the One Infinite Loop campus a short distance away, which is its current headquarters.

The new Apple HQ is set to cost around $5 billion and is scheduled for a 2016 move-in date, with demolition work on existing buildings to be commenced at the end of the year.