Reinventing the laneways of urban spaces to become vibrant cultures of commercialism and socialisation open up opportunities to reclaim valuable real estate and create safer communities. Check out some cities that are already doing it well... 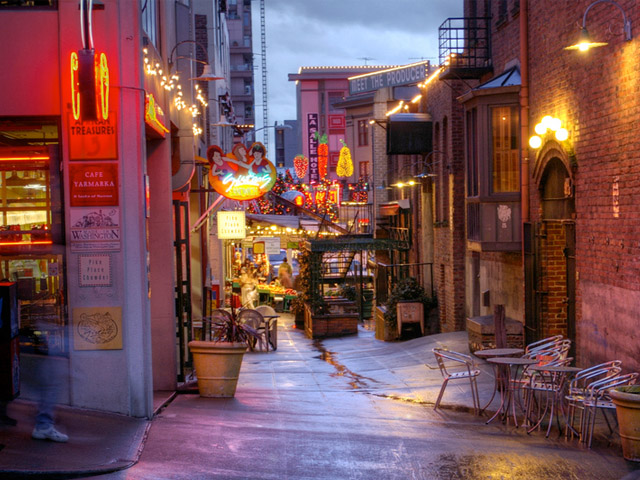 To most eyes, alleys are—at best—liminal zones. Inhabiting the space between “here” and “there,” they exist but for the grace of their adjacencies. At worst, they are dark, dank, and even dangerous—seen by city dwellers as dead space. However, to a visionary few, the negative space alleys occupy isn’t dead at all; it’s merely dormant, waiting for a rebirth into something functional and new. 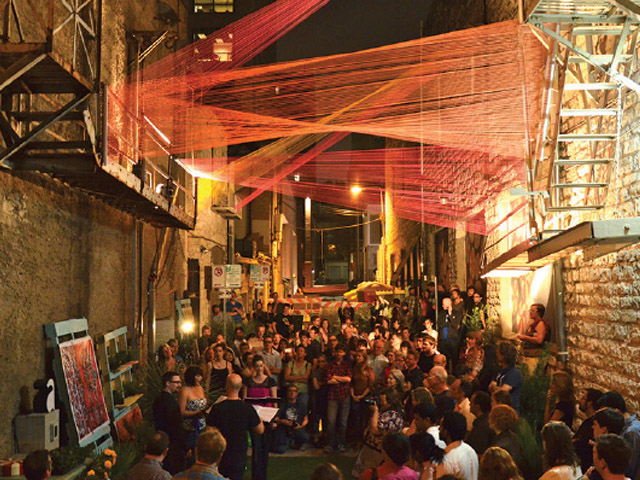 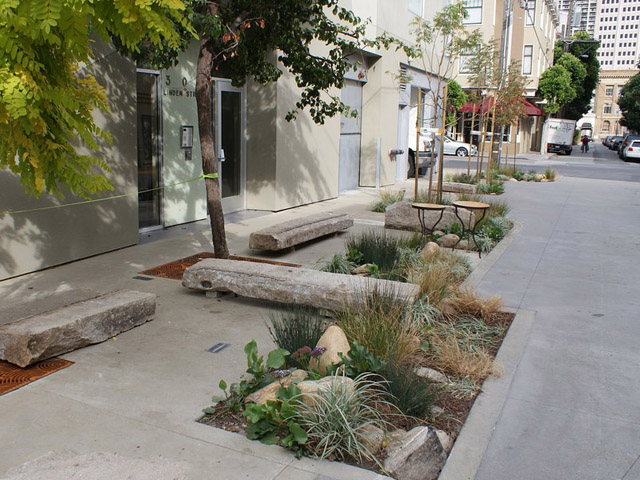 In cities where real estate is scarce, expensive, or impractical, alleys are being reclaimed, revitalised, and repurposed for parks, businesses, art, bike transit, and even urban agriculture. All of these green alleys have the potential to create new enclaves that make communities safer, cleaner, and more prosperous.

Among those who appreciate alleys not only for what they are, but also for what they could become, is architect and urban designer Daniel Toole. While living in Seattle in 2008, he developed a mild obsession with these urban veins and arteries in between buildings.

“Every day I walked through alleys from where I lived in First Hill down to my office near Pike Place Market,” says Toole, who, after photographing the alleys on his daily commute, began looking for new ways to engage with them. That led him to a metalworking class where he fashioned trinkets like ashtrays and flower boxes that he used to accessorise his favorite alleys.

“It became quite a hobby,” says Toole, author of Tight Urbanism, a tome dedicated to globe-tripping alleyway architecture, funded by AIA Seattle’s 2010 Emerging Professional Travel Scholarship. “In Melbourne, especially, their laneways used to be very dangerous. Now they’re the best part of that city because the city has created incentives that encourage people to open businesses in them. They’re full of boutiques, restaurants, bars, and art galleries—all kinds of stuff. On one side of a building you’ll have a large department store, and around back in the alley there will be some guy doing pour-overs in a quaint little plywood-clad café. That dichotomy really inspired me.”

So much so that Toole continued traveling alleys around the world, then returned to Seattle and began organising alley tours and events on behalf of the city. Recently, Toole was commissioned by a developer for his first alley architecture projects: two alleys that are being transformed into pedestrian ways in the Miami Design District, a former warehouse district redeveloped into a creative neighborhood celebrating art, architecture, fashion, and food.

“Once construction in the neighborhood settles down, people are going to find these hidden gems tucked behind the buildings,” says Toole, who plans to start his own design practice specialising in back-alley architecture. “I think it’s going to be very eye-opening for the rest of the country.”

Like Toole, others see the potential benefits of rescuing alleyways from dumpsters and disrepair—or outright destruction. Take architect and urban designer Dan Cheetham, principal of Austin, Texas, architecture firm fyoog. In 2013, he noticed that several of Austin’s historic alleys were being consumed and privatised by “mega-block” developments, which rely on internal infrastructure for utilities and servicing instead of the external alleys dating back to Austin’s original 1839 city plan.

In response, he led the design effort for 20ft Wide, a nonprofit initiative celebrating Austin’s alleys by temporarily turning one of them—Alley No. 111, located on Ninth Street between Congress Avenue and Brazos Street—into a public space for art and activities. During the five-day exhibition, the alley hosted everything from live music and candlelit dinners to yoga and yard games beneath his colorful sculpture highlighting the historic remnants of the alley.

“Turning an alley into a pop-up public space creates awareness and allows people to really appreciate these spaces and learn about the history of the city and its formation,” Cheetham says.

The city’s Downtown Commission took notice, issuing a report, “Activating Austin’s Downtown Alleys as Public Spaces,” and has since undertaken new projects (such as the Rainey Alley Case Study) to explore transforming alleys into viable community spaces and preserving Austin’s rich architectural past.

“Alleys offer a unique glimpse into the history of cities and buildings,” Cheetham says. “They reveal details of how buildings and urban spaces were built and used; their social, cultural, and economic history; and lessons about urbanity that are still relevant today.

“There are all these really old, interesting parts and pieces of buildings that you wouldn’t otherwise see, which gives you a window into the history of the city.”

In San Francisco, public spaces in alleys aren’t just pop-up; they’re permanent. Architect David Winslow, a project manager in the San Francisco Planning Department, is in charge of a $2 million program to create “Living Alleys” in the city’s Market and Octavia neighborhood. Its inspiration is the nearby Linden Alley, which was transformed in 2010 into a shared street for cars, bicyclists, and pedestrians. Just 30m long, it features a curb-free design that seamlessly blends street with sidewalk—adding leafy trees, patches of plantings, stone slabs that serve as benches, and a coffee shop inside what used to be an old garage.

“It’s a cherished space,” says Winslow, who worked on the alley when he was a private architect with an office above it. When he returns today, he says it feels like a shared front yard for the urban community around it. “What we’ve realized is that in most parts of the city, the value of the urban experience lies in the pedestrian realm. Because of their scale, alleys are a really special place where we can create uniquely pedestrianised environments.”