A museum in Dubai dedicated to the future, which has been dubbed "the most beautiful building in the world" by the emirate's ruler, has officially opened its doors to the public. 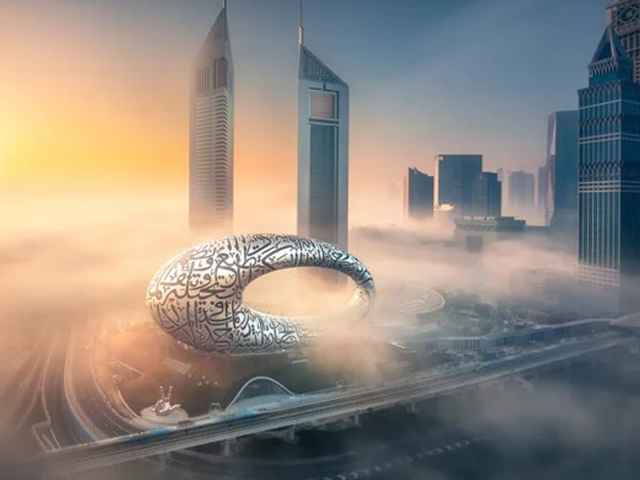 Designed by local studio Killa Design, the museum stands in a prominent location alongside Dubai's elevated train line, a short distance from the Burj Khalifa skyscraper – the world's tallest building.

Designed to be "an architectural and cultural icon", the museum consists of an elongated ring shape with a void at its centre, sat on a grass-covered mound.

The distinctive form led Dubai ruler and UAE vice president Mohammed bin Rashid Al Maktoum to state that the museum is "the most beautiful building in the world".

Built for the Dubai Future Foundation, the seven-storey building contains a combination of exhibits dedicated to the future and workshops for testing and developing emerging technology. 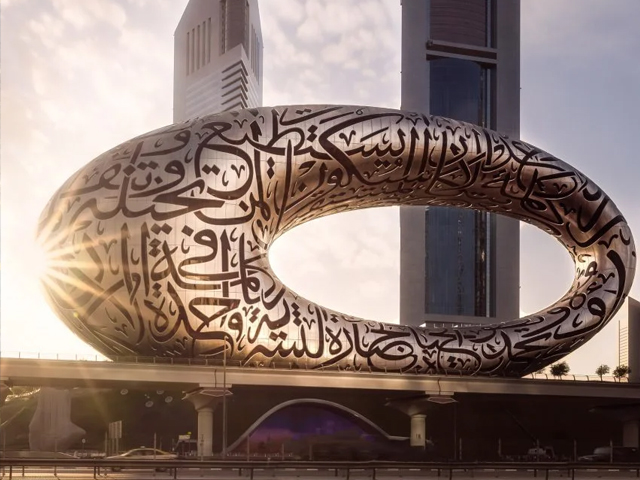 "The Museum of the Future is a 'living museum', constantly adapting and metamorphosing as its very environment drives continual and iterative change to its exhibits and attractions," said Mohammed Al Gergawi, chairman of the Dubai Future Foundation.

Five floors of gallery space contain exhibits dedicated to space exploration, a digital recreation of the Amazon rainforest and prototypes of future products. 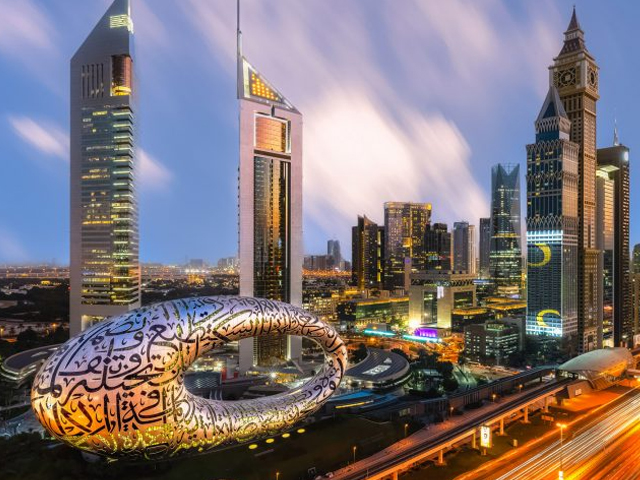 The 77-metre-high building is supported by a steel structure, developed with engineering studio Buro Happold, which was "digitally grown" using parametric tools.

This structure means that the building has no internal columns. It is clad in stainless steel with windows in the form of quotes from the emirate's ruler written in Arabic calligraphy.

The three sentences written on the building say: "We may not live for hundreds of years, but the products of our creativity can leave a legacy long after we are gone"; "The future belongs to those who can imagine it, design it, and execute it. It isn't something you await, but rather create"; and "Innovation is not an intellectual luxury. It is the secret behind the evolution and rejuvenation of nations and peoples". 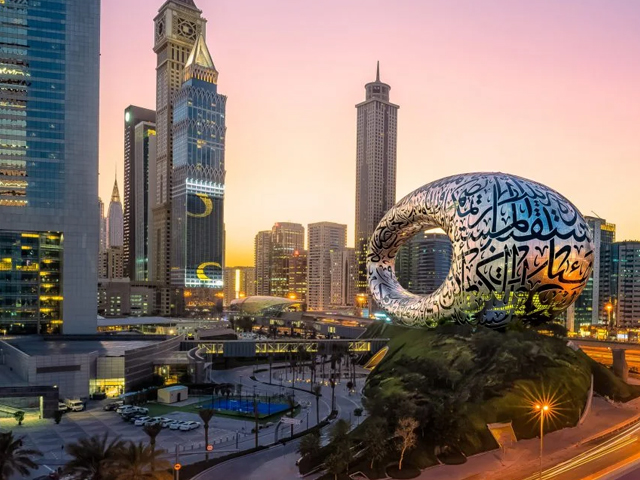 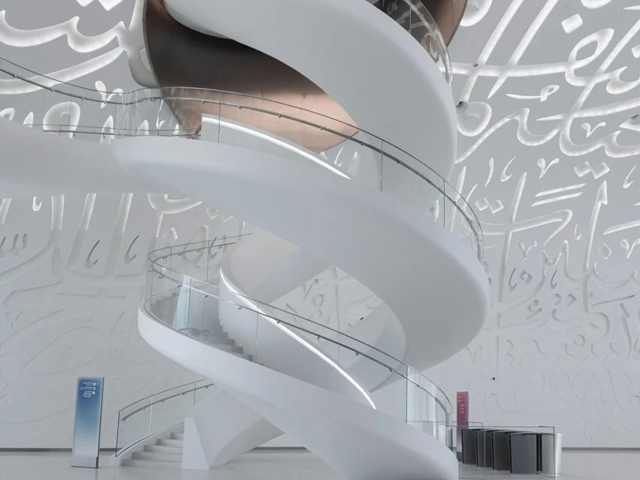