Melbourne’s newest employment and investment hub gets the green light. 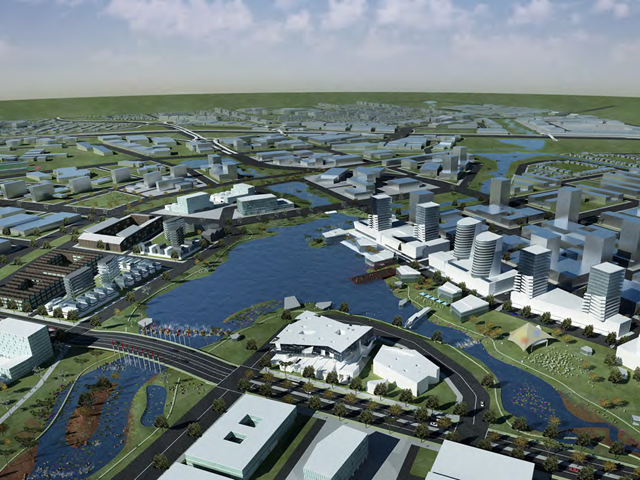 Melbourne’s newest employment and investment hub has been given the green light by Premier Denis Napthine, Minister for Planning Matthew Guy and Minister for Roads Terry Mulder. 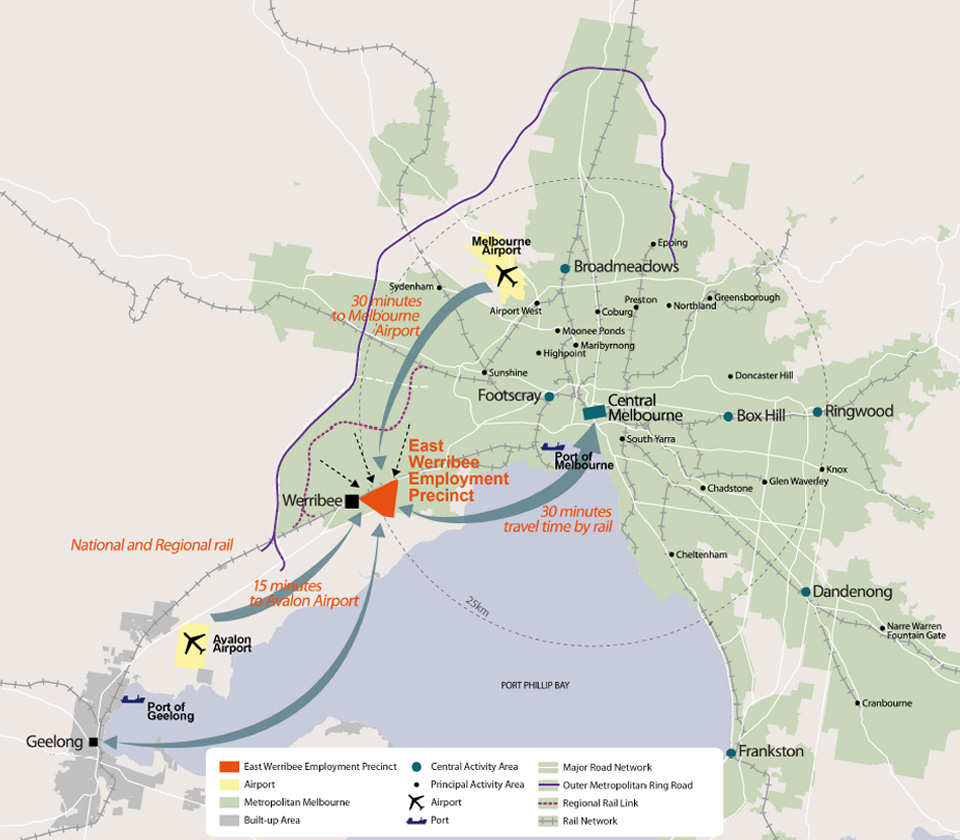 “The East Werribee Employment Precinct is one of six suburban National Employment Clusters outlined in Plan Melbourne. This long-term Plan Melbourne strategy will provide a vision for the development of greater Melbourne, with a key focus on these major job centres spread around the city,” Dr Napthine said.

“A fundamental element of Plan Melbourne is delivering jobs and investment to maintain Melbourne’s competitiveness. We will ensure we have a strong, well-located land supply for residential, commercial and industrial investment.

“This precinct is the largest commercial precinct on government owned land in Victoria's history, with the extra benefits of access to a major freeway and proximity to ports and two airports. It will create jobs across a range of industries and builds on the 2,000 existing jobs located at the site.

Mr Guy said the precinct would be a leading edge demonstration of a water sensitive city and provide attractive places to work and live.

“The precinct will also integrate mixed use employment clusters with medium and high density housing.”

East Werribee will be developed as a 775 hectare precinct on the site of the former State Research Farm. Early works have started to deliver key transport infrastructure to the precinct, with the Coalition Government set to advertise for tenders on Wednesday 9 October for interested firms to construct a full diamond freeway interchange at Sneydes Road.

Minister for Roads Terry Mulder said construction companies interested in building the interchange on the Princes Freeway at East Werribee will have until mid January 2014 to submit bids under the tender process being conducted by VicRoads.

“The interchange will provide unprecedented access to the Princes Freeway, as well as an additional entry point to Werribee and Point Cook to spread the load of traffic at the city’s main entry and exit points.

“This Government is committed to getting on with the job of providing key infrastructure to new precincts, and this project is meeting that obligation to the community.”

The Coalition Government has also committed an additional $32.7 million for arterial road upgrades and local infrastructure projects within the East Werribee precinct.

Mr Guy has also initiated a process to apply East Werribee as a formal suburb name for the site following considerable public feedback.

“East Werribee will be formally registered as a suburb name for the precinct as a result of feedback from Wyndham City Council and local residents, who expressed a strong preference for the site to remain part of Werribee,” Mr Guy said.

“We have listened to the public while also applying a suburb name that reflects the new precinct’s business focus to combine with Werribee City Centre to become the capital of Melbourne’s new West.”