A public plaza in Kyoto, Japan, which serves as a railway station and a park, is a reflection of mixed inspiration, drawing from a type of cultural ancient burial ground and the surrounding geography. 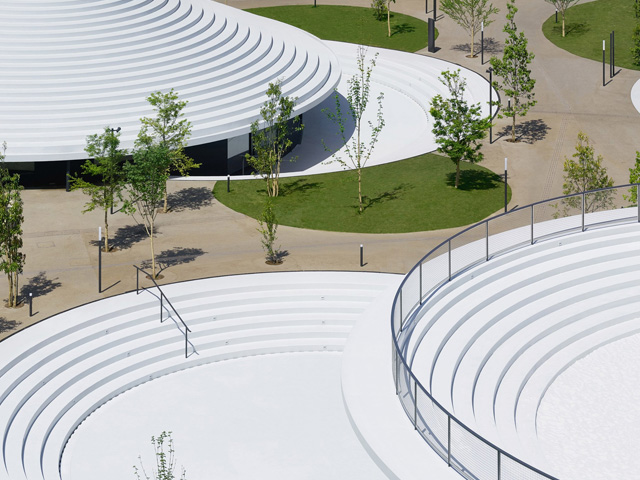 The plaza – located outside of Tenri Station in Japan's Nara prefecture – is the studio's largest architecture project after its renovation of the Siam Discovery shopping centre in Bangkok last year. It is also Nendo's first public space.

The studio created the masterplan for the 6000-square-metre site at Tenri Station, which was previously unused. 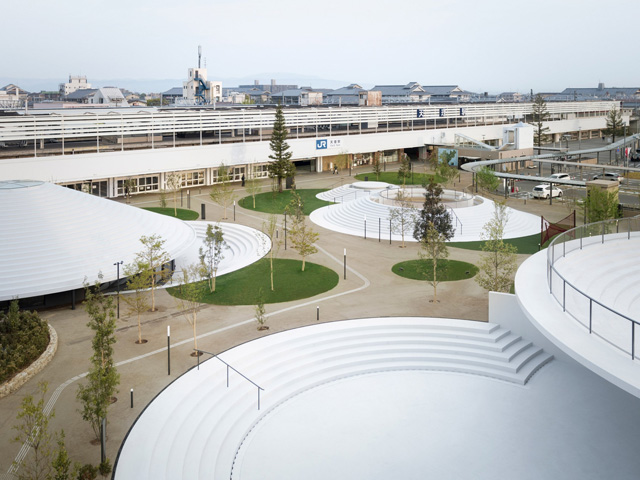 "This space was used for nothing basically," Nendo founder Oki Sato told Dezeen. "They wanted us to design a park in front of the railway station with information centres, cafes, a stage for music."

"It took three years to finish and it's one of our first and one of our biggest pieces of architecture."

For the white, disc-shaped concrete structures making up the plaza, Nendo looked to a type of monolithic ancient burial ground called cofun, which abounds in the surrounding area. From overhead, these tombs look like giant keyholes, circles or squares – sometimes spanning 400m. 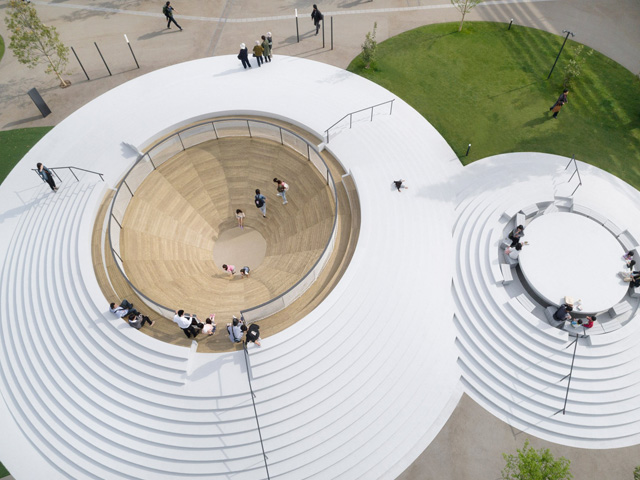 Nendo was also inspired by the geography of the area, where there is a basin and mountains. As such, some of the structures of the site are domed, while others depress into amphitheatres. All are covered in steps.

"We tried not to do it as architecture – more as a piece of furniture," Sato said. "It's like a huge bench in a way. It's made of stairs and people can sit around wherever they want drinking coffee."

The site is also designed to encourage play – the innermost circle in one of the amphitheatres is even bouncy. The outdoor spaces also contain play equipment, and outdoor stage and gathering areas. 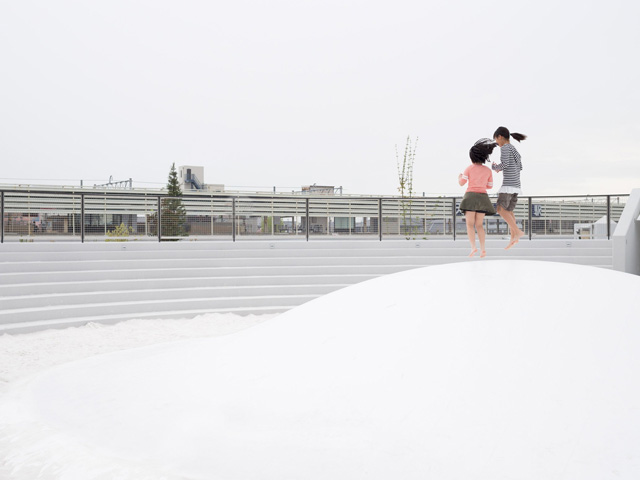 Inside the buildings are a cafe, information kiosk, bike rental service and shops.

The structures were made in precast concrete moulds, described as resembling "a huge pizza". Large pieces were cast at a factory and then transported to the site, where they were assembled like building blocks.

The studio said this approach allowed for the moulds to be reused, helping to keep construction costs down. Meanwhile, the roundness of the structures makes them stable against forces coming from any direction. 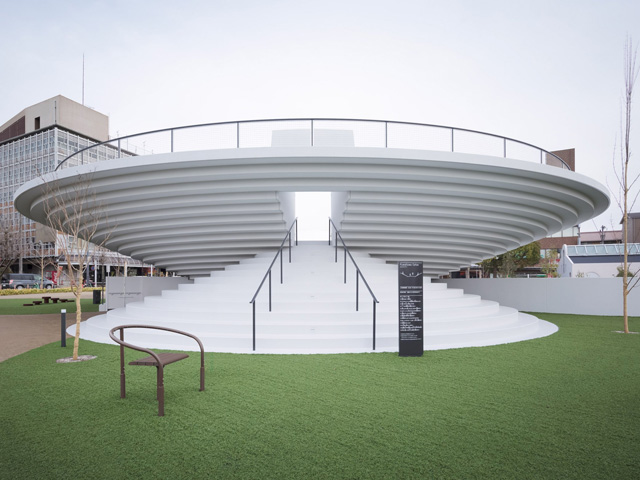 The plaza's name, CoFuFun, combines "cofun" with "fufun" – described as a Japanese expression meaning "happy, unconscious humming" – while the unusual capitalisation is meant to make it easy for non-Japanese-speaking visitors to engage with as well.