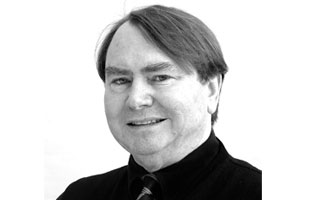 Can you tell us a bit about your background – education, experience etc?

I graduated in architecture in 1965 from the University of Sydney. At that time little consideration was given to the public domain, and as fresh young graduates we set out to make our mark in the built world.

My early years were spent as a Commonwealth Cadet, bonded to the Commonwealth Department of Works. Whereas most of my cohort set out on the ‘Grand Tour’ soon after graduation, I worked on for four years, two years with the Department in Sydney and Melbourne and a further two years in Canberra with the National Capital Development Commission. Whilst Canberra was an odd mix of planning and engineering at that time, it gave me the opportunity to work at a bigger scale and think beyond individual buildings. Strangely, these formative years can influence the way you practise architecture for the rest of your life.

When I finally travelled, I headed towards London where I worked for two years with Sir William Holford and Partners, a conservative British practice which had been providing planning advice in Canberra. At that time the redevelopment of London docklands was on the agenda as port facilities relocated downstream. I became involved with some major central sites on the River Thames, with, in my view, scope for reuse of robust old industrial warehouse stock, and the reinvention of the Pool of London as a recreational resource rather than an industrial port. As much as anything, this awoke in me an interest in adaptive reuse and at the same time the leisure and placemaking potential of waterfronts. It is extraordinary that, some 40 years later, our office should be preparing urban design concepts for the development of The London Promenade in this exact location between Festival Hall and Tower Bridge.

My next working experience was with quite a different firm, an energetic young group known as the Farrell Grimshaw Partnership who had made an early reputation with a pre-fabricated, add-on bathroom structure to an Edwardian student residential building, which was to be much admired by Buckminster Fuller. At the same time they achieved a lot of press with a project known as the Colonnades at Westbourne Grove. With this project, they demonstrated residential densities could be achieved in medium rise form, respecting the London streetscapes without resorting to high rise development. At the same time many high-rise communities in the UK had become known as slums and were being considered for demolition.

Working at the Farrell Grimshaw Partnership saw me on some occasions collaborating with Terry Farrell, and on others with his partner Nicholas Grimshaw. With Terry I was able to develop my interests in masterplanning and urban design, with Nicholas I came against his precise approach to industrialised building techniques. They both went on to run separate, highly successful, international practices, each with their own particular bent. Terry Farrell with a focus on urban design, and Nicholas Grimshaw with his passion for industrial technology. As well as developing highly sophisticated buildings, Grimshaw also went onto develop some very refined street furniture products including seating, signage and bus shelters. Another parallel.

A common link was Herman Miller. The Farrell Grimshaw Partnership office became architects for new Herman Miller showrooms and offices in London which brought us all closer to the products of Charles Eames. I recall at an architectural convention in Sydney in the early 60s how we, as a student group, were overawed by the Eames Lounge Chair and Ottoman which was launched in Australia during the convention. I would not be alone in considering this to be an ‘awakening’, one which could only be matched a little earlier by the streamlined appearance of the Citroen Goddess. Huge influences inspiring young designers of that time.

Of course little did I know that Darrel Conybeare, whom I was later to join in practice, was working with Charles and Ray Eames in California with hands-on experience working with perhaps two of the greatest designers the 20th Century was to produce.

On return to Australia in 1974, I joined Planning Workshop to work with Darrel and together developed the architectural arm of this multi-disciplinary practice. In 1980 we established Conybeare Morrison and Partners (now practising as Conybeare Morrison International or CM+), in 1986 Street Furniture Australia and in 1990 together with Oi Choong, Context Landscape Design.

How did you get into the street furniture business?

We were engaged in 1978 to undertake a project in Canberra’s Civic involving the closure and paving of streets to become a pedestrian mall. It was to be called City Walk. At that time there were no furniture products available which we considered suitable for inclusion so we set about designing a seat which we branded the ‘CM Plaza’. It was to become the flagship of our venture, Street Furniture Australia, when we were again recommending appropriate ‘Sydney’ style furniture to Public Works Department and Premier Wran for incorporation in Macquarie Street and Circular Quay Bicentennial Improvement Programmes. So we stuck our necks out, made a sample in one of the staff’s backyards for the Premier to sit on, and Street Furniture Australia was born.

What has been your career highlight to date?

Most definitely being at the forefront of urban design and public area improvements. During the early years of our professional practice people would say ‘What is urban design?’. Now it is a commonly accepted term and is practised in addition to architects, by landscape architects, planners and engineers, with varying degrees of success. And together with this is the fact that, in some way we influenced a whole industry through our beliefs about comfort and elegance in the public domain. But we still enjoy leadership in the field a fact which is recognised by the significant number of prestigious national and international project awards and our sales record across many countries and cultures.

What, in your opinion, has contributed to the success of Street Furniture?

We have always attempted to be ahead of the field by being innovative and creative with new products, whilst at the same time always maintaining the highest quality and providing excellent customer service.

But most importantly, we have built, over time, a highly skilled and dedicated team who are taking the business to new levels with an incredible enthusiasm for the product and our urban design philosophy.

What does Street Furniture have planned/coming up?

We are constantly seeking to introduce new technologies and better ways of doing things. We have a large R&D unit and have no problem with developing designs. In fact, one of our problems, being designers ourselves, is that we are constantly bringing forward new ideas despite the fact we could possibly have up to 100 new designs in the pipeline at any one time.

We feel pleased to have made a contribution to the design and quality of the public domain and we feel Street Furniture is well established to go on to bigger and better things.