We sat down for a chat with larrikin builder Barry “Baz” du Bois, who stars on Channel 10’s ‘The Living Room’. 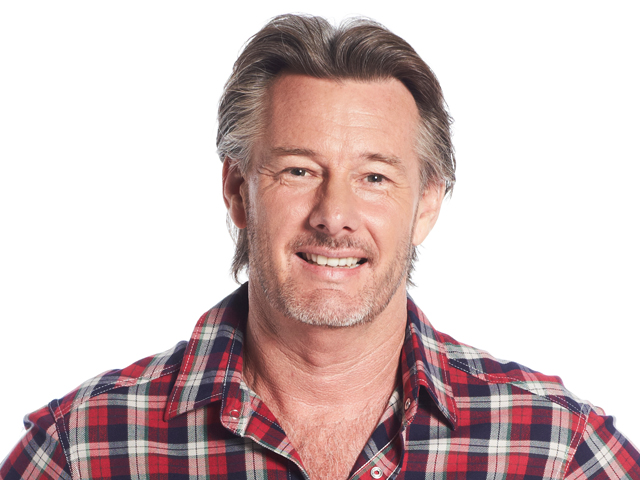 Handy with a hammer, larrikin builder Barry “Baz” du Bois will again head up the renovations segment on Channel 10’s ‘The Living Room’. Baz will be knocking things down, moving walls and re-building DIY disasters all in aid of those home-owners who need help.

Before coming to TV, Baz’s building career spanned more than 30 years, including a three-year posting as President of the Master Builders Association in the Eastern Suburbs. Baz completed an apprenticeship as a carpenter and joiner in 1979, then in 1984 completed a Building Certificate and started a building company.

What advice would you give to someone starting out in the industry?

I don't see myself as a builder or designer, but more of an artisan. So my advice to anyone starting out in the industry, would be to view and absorb as much beautiful architecture as you can. Not just the big picture, but the details that draw your eye. You need to have a passion for buildings and find the styles and examples that inspire you.

What was an unforgettable project you’ve worked on?

There's a special part in my heart for every building that I've built. In 2006 I built one of Australia's most expensive and luxurious homes, but I'm equally as proud of the very first home I built, which sold for $64,000 in the 1970's. I built the home from the bottom up, on my own, camping on the site in my panel van. It took nearly a year of weekends to build and was one of the best years of my life.

Do you think DIY is for everyone?

I believe that the DIY'er is the modern day hunter and gatherer. These days we don't get to test ourselves creatively that much, but by getting into DIY and going to the local hardware store or picking up a material or object on the side of the road, you get the opportunity to explore your creativity and test your ideas. It doesn't matter how old or young you are or whether you're a woman or man … it's something I believe everyone can get something out of. There's a sense of satisfaction and pride in every project – big or small.

What inspired to you start a building career?

I wasn't inspired … I had two choices. One of my uncles was a mechanic and the other was a carpenter … I chose the latter. And as a young bloke, I was keen on working outdoors and using my hands. Then what happened, was that the creativity that came with that got my juices flowing and I was hooked. If you're hooked and you love doing something then you become good at it.

I love TV because I get to teach people on a broad level. I love the building industry because of the mate ship, camaraderie and the relationships you form with other skilled people and clients. Building a home for someone can really change their life. But by teaching others now on TV, I get to do that on a broader scale and that's really satisfying. But the simple fact is that getting your makeup and hair done is easier than digging holes and pouring concrete!

What is your favourite creation?

By far it's my twin babies, Arabella and Bennet. I had an amazing life for 52 years, creating incredible buildings and structures But the birth of the children far surpasses that. They're the thing I'm most proud of. We've just moved into what will be their home for life and I'm looking forward to putting our stamp on it and watching the home grow with them.

What plans do you have for your retirement?

I retired 8 years ago, and my TV career came completely out of the blue. Before TV, I set out to sail around the world, and I haven'y quite made it. So I'm looking forward to setting sail with the whole family on our yacht Bella Sogni (Beautiful Dreamer).