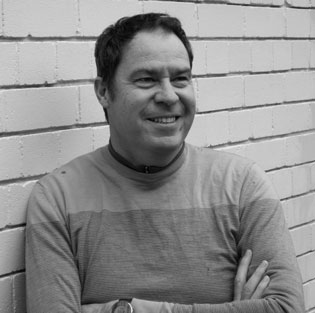 Paddington Reservoir Gardens, Sydney, has been awarded another merit with the Australian Institute of Landscape Architects (AILA) 2010 Australian Medal for Landscape Architecture. Here Anton James of James Mather Delaney (JMD) Design Pty Ltd and Tim Greer of Tonkin Zulaikha Greer (TZG) give the lowdown on this exquisite mix of modern and old. 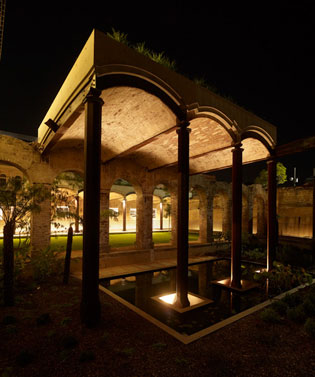 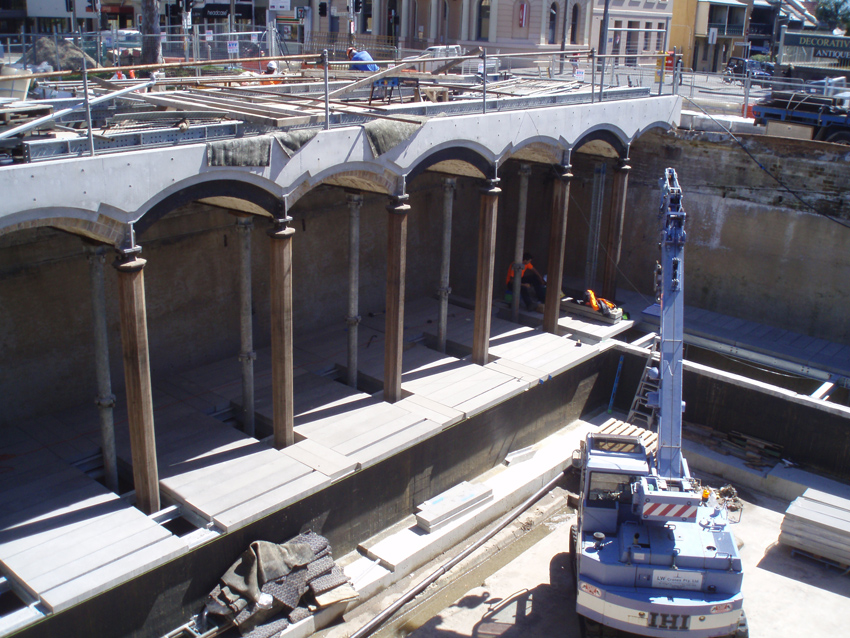 How do you feel about the recent AILA award win for the Paddington Reservoir Gardens?
Tim Greer,TZG Architects: Excellent. This project is a great example of collaboration between Landscape Architects and Architects.
Anton James, JMD Design: It’s great for a project to be so widely appreciated by both the profession and the public.

The Paddington Reservoir Gardens are a great blend of ancient and modern. How important was it to retain the ruin?
Tim Greer,TZG: When JMD Design & TZG Architects were commissioned to convert the Reservoir into an urban park; the general expectation was that a brand new arrangement would be built on top. Instead, we found ourselves captivated by the possibilities of revealing the 19th century structures as a ruin where the public could take in the dramatic spaces and play of light across the remnants of historic walls and vaults. Council were persuaded to build the park in the ruin itself, to open and expose the old underground building and weave garden courtyards through the site below street level. This is unprecedented in Sydney.

Anton James, JMD Design: The ruin was and is the most compelling aspect of the site, there are few examples in Sydney where we have retained a ruin for its own sake. It’s a fabulous window into Sydney's 19th Century infrastructure. As such the design strove hard to allow the reservoir's ruinous nature to dominate. We felt it to be very important that as much of the romantic quality we encountered when first visiting the site be retained. We chose to work with the geometry and materiality that was already present, so that new insertions would point to and amplify the wonderful character of the existing structure. Our strategy was to ‘build in’ as much interpretation as possible, tapping into Sydney’s history. A cast iron lid has been placed over the former valve chamber that depicts part of the original drawing of the pipework connections. The petrol bowsers have been extruded and become seats in their original location. Mounted along the edge of the park, on the Oxford Street balustrade, is the timeline of the site to inform the public of its story - many people had previously not known of its existence.

What were the most challenging aspects of the project?

Tim Greer,TZG:The edges of the ruin are contained by concrete up-stands in such a way as to amplify the distinctive curved characteristics of the original brick vaults. As part of the technological solution for the re-stabilisation of the roof, a concealed complex slab was bonded to the existing vaults. A concealed tensile structure in the conserved Eastern Chamber supports the elevated landscaped park above, a system invented to avoid the requirement for cross-bracing.
Anton James, JMD Design: Numerous technical problems were encountered as construction progressed and more was learnt about the existing condition of the reservoir, the challenge was to maintain the vision that we began with, to celebrate and retain the romantic qualities of the 19th Century structure.

How important was sustainability in developing the gardens?
Tim Greer,TZG: Sustainability was an integral concern from the beginning of the project. Water is scarce in Australia, having the second lowest rate of rainfall of all continents and the highest consumption rates in the world. Recognising the importance of water management strategies, we negotiated with the local authorities for rainwater to be collected off the neighbouring Paddington Town Hall, then stored underground to irrigate the gardens. Water is stored in tanks below the John Thompson Reserve allowing a unique microclimate to flourish.

Anton James,JMD Design: Sustainability in its broadest sense was at the core of the project. We sought to preserve significant heritage and recycle it for new and future constituencies. Otherwise the project followed the commonly utilised avenues of sustainability. Roof water was collected from the adjacent town hall for irrigation and pond use, material was salvaged from site and reused.

Was longevity of the project a key factor in the design and creation of the gardens?
Tim Greer, TZG: For every one tonne of steel, 5 tonnes of CO2 are released into the atmosphere. The existing structure contained thousands of tonnes of material waiting to be innovatively and thoughtfully reused, benefitting environmental sustainability while engendering the palimpsest necessary to create a vibrant urban space. Paddington Reservoir Gardens celebrates the importance of ‘ruins’ as a means of finding maturity and sustainability in a new city.

Anton James, JMD Design: The long term preservation of the reservoir was central to the project. The reservoir firstly required stabilisation to avoid any further roof collapses and physical degradation. The decision to make a garden in a highly populated part of Sydney gives it a function that will outlive the commercial vagaries and be of service to the community for a long time.

What do you feel is the significance of the Paddington Reservoir Gardens for both the industry and the public?

Tim Greer, TZG:Paddington Reservoir Gardens provides a viable model for adaptive reuse of a utilitarian structure of heritage significance. It advocates conservation over demolition, the clear distinction between new and historic fabric and interpretation of significance. Heritage values are celebrated and inform the design of new interventions. The project presents a unique opportunity to interpret part of Sydney’s early heritage infrastructure, whilst representing Sydney’s contemporary culture in creating an intriguing and engaging public open space.