Australia’s oldest and most culturally significant park will be upgraded later this year to ensure it continues to delight the millions of residents, workers and visitors who visit it each year. 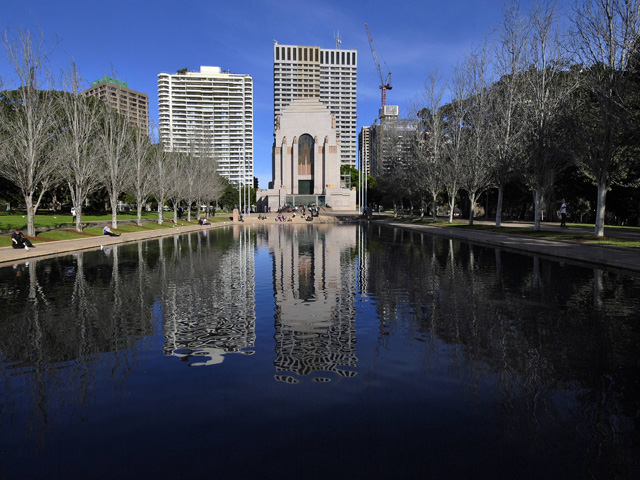 The City of Sydney has unveiled plans to upgrade Hyde Park - Australia’s oldest and most culturally significant park. Scheduled to begin later this year, the Hyde Park works will see more than 30 new trees planted, and upgrade of the pool of reflection, restoration of the network of pathways and improvements to sewerage and electrical services.

To minimise disruption to park users and major events, the $7.5 million upgrade will be carried out in separate stages with staggered starting times.

Lord Mayor Clover Moore said Hyde Park was treasured by millions of residents, workers and visitors and it was essential to carry out maintenance to address the impacts of constant use.

“Right from Sydney’s earliest days, Hyde Park has been an important place for all of us who use and love our city,” the Lord Mayor said.

“It has great significance as a place to remember those who served their country, it’s a wonderful place for tourists, festivals and other events and it’s unmatched as somewhere to simply escape the busy streets and enjoy the sun, the grass and the sky,” the Lord Mayor said.

“To keep Hyde Park in good shape requires constant work and I’m pleased we’re making these improvements to ensure our most important park is as good as we can make it.”

In the first stage of works to begin in May, seven large new fig trees will be planted between the Archibald Fountain and St Mary’s Cathedral to replace trees removed because of disease.

These works in the northern part of the park will also include planting new shrubs and installing a sub-soil drainage system to help ensure the future health of the new trees.

Extensive repairs will be carried out on the Pool of Reflection to fix leaks, replace broken tiles and renew undersized pumps. Poplar trees surrounding the pool are in poor condition and will also be replaced.

These works will be completed in time for the centenary of the Battle of Fromelles in July 2016.

Later this year, works will begin to improve accessibility to the park and restore the network of minor pathways which have been added as the park has gone through a number of different evolutions since it was built in the 1930s.

Some smaller pathways may be removed or relocated to return the path layout closer to the original design prepared by architect and town planner Norman Weekes who won a 1927 design competition on which the Hyde Park we know today is based. Any changes to the path layout will involve public consultation.

The final set of Park works in 2016-2017 is planned for the entry to Museum Station at the corner of Liverpool and Elizabeth streets where Transport for NSW is reconfiguring the station and installing lifts to platforms and the station concourse.

These proposed works will see removal of the existing café to install the lift lobby and then construction of a new cafe. As part of these works, surrounding outdoor seating will need to be reconstructed. The planned changes will better integrate the café with the street and park setting and improve access to the park.

Heritage-listed Hyde Park is owned by the NSW Government and managed by the City of Sydney. The City will carry out extensive consultation on the proposed works including meetings with ANZAC Memorial Trust, property owners, tenants and service providers. Designs for path layouts will be available online at www.sydneyyoursay.com and at the One Stop Shop at Town Hall House.