UNStudio has released the masterplan for Karle Town Centre in Bangalore, India, a campus that will act as a community hub for the city's rapid technological growth. 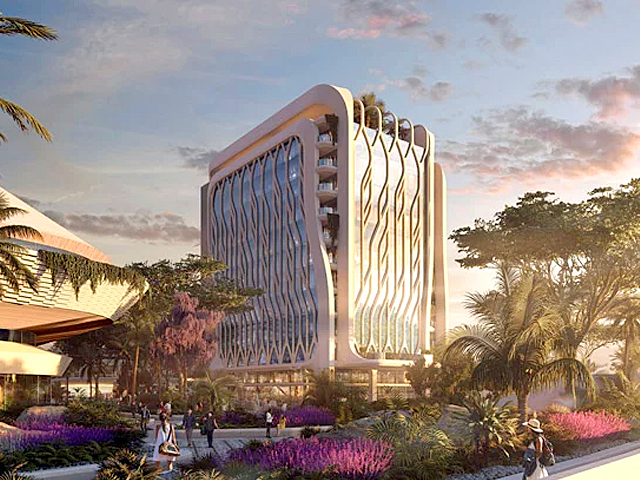 Situated in what has become known as India’s Silicon Valley, UNStudio has planned for Karle Town Centre (KTC) as a hub for the rapid technological growth that is taking place within the city of Bangalore. Currently under construction, the new campus has been designed in collaboration with UNSense and Karle Infra to create a place for the numerous information technology companies that are based in the burgeoning metropolis.

The scheme intends to define KTC as the epicentre of this technological innovation through a series of contemporary buildings that aim to form a bold landmark on the skyline and an inspiring beacon for the city. 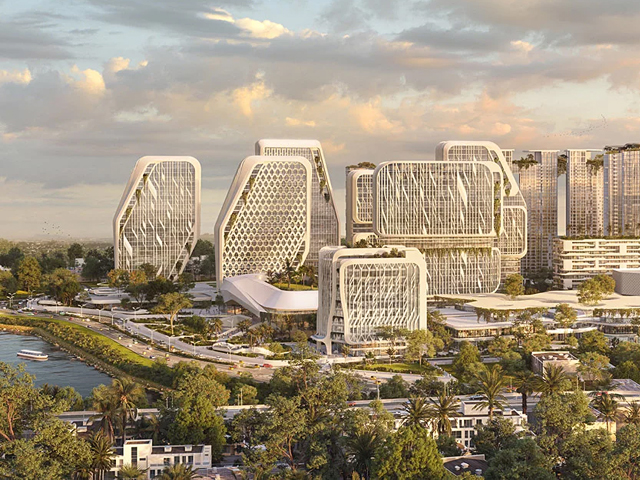 The masterplan has been developed to create an effective connection to the city’s infrastructure, joining with the main ring road and metro lines. The new buildings will enjoy a prime location next to the established Manyata Tech Park, boasting scenic views over Nagavara Lake. With this position, the design intends to connect technology with a more natural environment, creating a balance between the two and facilitating activities within the urban context.

In an effort to avoid ‘urban stagnation’, UNStudio has worked together with Karle Town Centre to form an ‘urban branding manual’, which has been conceived as a tool to help facilitate the design intentions of the entire masterplan and serve as a safeguard for the longevity of the buildings. Split into three elements – garden, health and culture – the manual functions to help coordinate each aspect of the design, to create a successful whole. 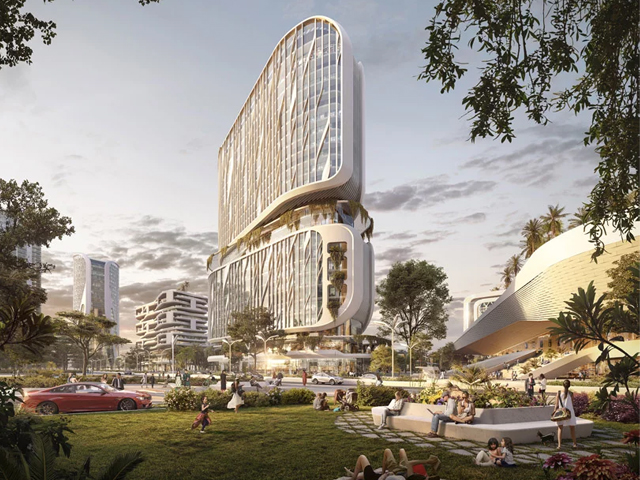 Ben van Berkel of UNStudio comments, “Traditional masterplans focus on general layout and urban planning. Our urban branding manual on the other hand, concentrates on experience and how to translate this experience into reality. With a network of specialists – sometimes more than a few hundred people – you need a clear vision and strategy to stay on course over the long duration of the project. The urban branding manual helps the client to realise this ambitious undertaking.”

The design of the masterplan puts the community at its heart, with a focus on health, security, connectivity and scale. While aiming to create a thriving and inviting place for working, living and entertainment, the architecture also pays respect to deeply rooted Indian traditions and beliefs. The campus comprises a large number of paths through the site, increasing permeability for both pedestrians and vehicles. By including these veins, interaction between people is encouraged, furthering the concept of creating a community feeling. 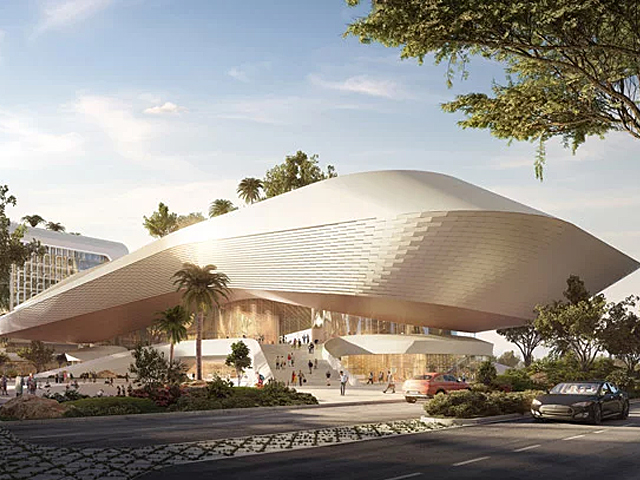 The plan includes places for socialising, such as a grand central theatre, event square plazas, elevated retail stages and amphitheatre style staircases. By building these meeting points, KTC will become not only a place for business and innovation, but also a place to enjoy a good work-life balance. Consideration has also been paid to transportation and access. Streets transition into a number of designated drop-off points, while underground roads reduce congestion, ensuring minimal transport time and reducing traffic noise. By taking cars off the ground where possible, the masterplan aims to encourage pedestrian movement under a shaded, green environment.

The architecture of the buildings themselves is designed to rise up from a dense green canopy at the base. A series of almost oblong volumes will punctuate the city skyline, positioned together to form a family of shapes, standing out as a beacon of Bangalore and India’s future. 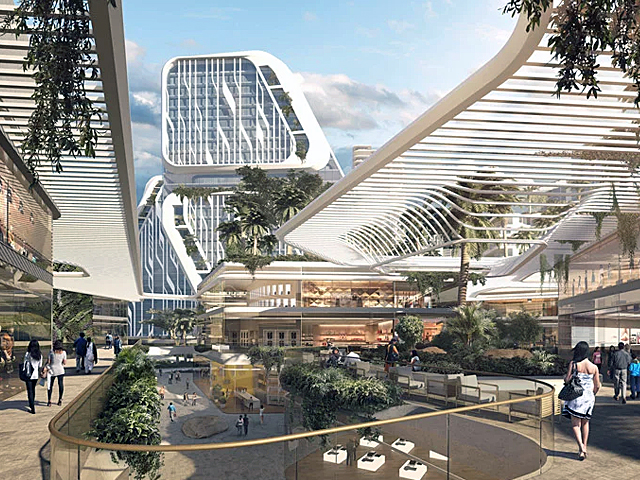 The facades will be painted in UNStudio and Monopol Colour’s unique and patented ‘coolest white’ ultra-durable paint, providing a contemporary identity to the Karle Town Centre masterplan. The architectural expression has been developed with the landscape at the forefront of the design.

By integrating nature, from green pockets to the rounded, organic edges of the volumes, the scheme intends to announce itself as Bangalore’s ‘Garden city of the 21st century’. 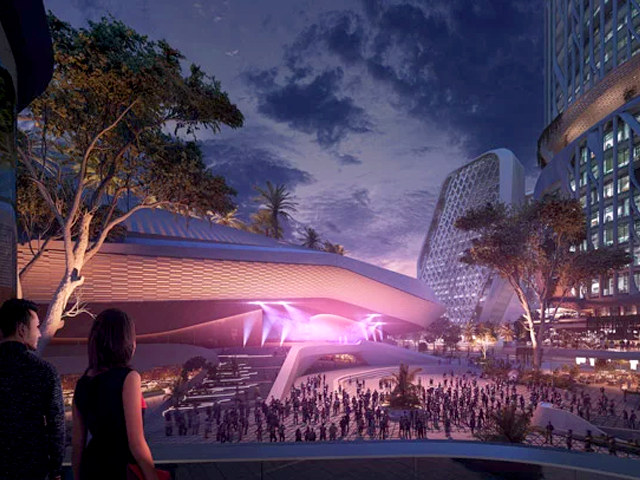 Via designboom | All images courtesy of UNStudio