A unanimous jury vote has selected the winner of a Danish design competition that seeks to transform an industrial waste site into a vibrant, open green urban space to serve as a new public hub. 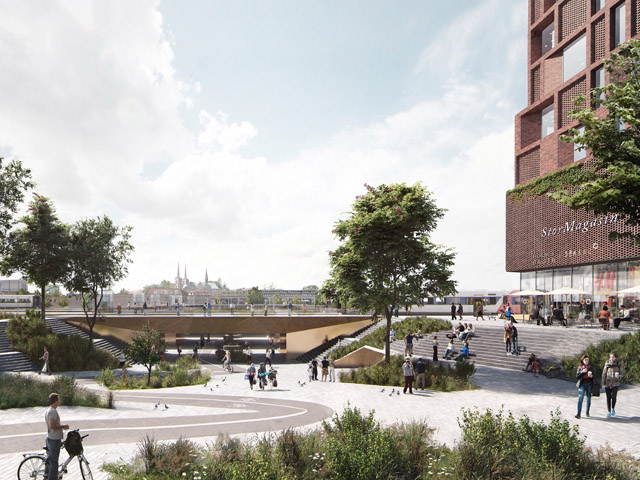 EFFEKT and collaborator karres+brands have won a competition to transform an industrial waste site into a new vibrant urban district and infrastructural hub in the historic center of the city of Roskilde, Denmark. The winning design will encompass 100,000sqm of mixed-use development across existing railroad tracks, reuniting the city and “reinventing the station as an integral part of the city center.” 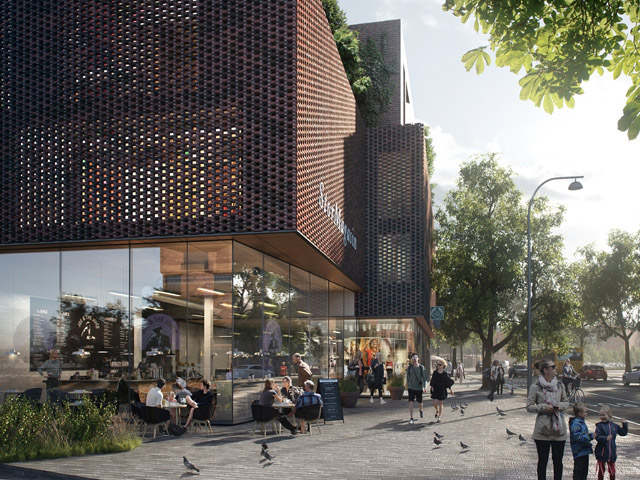 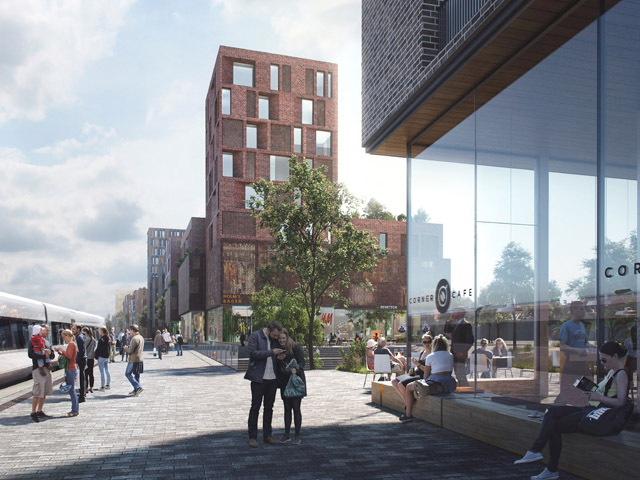 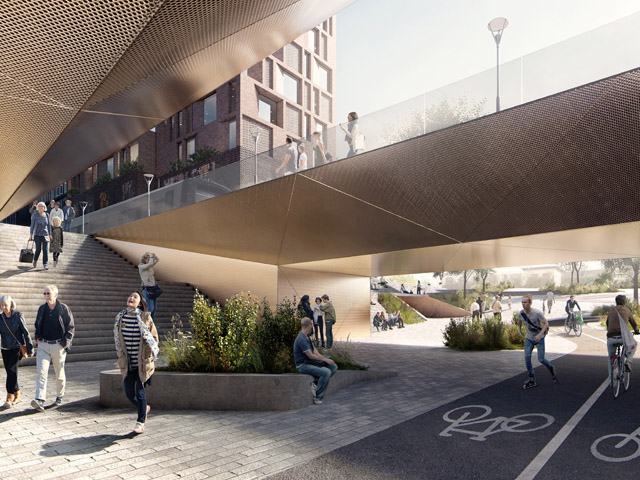 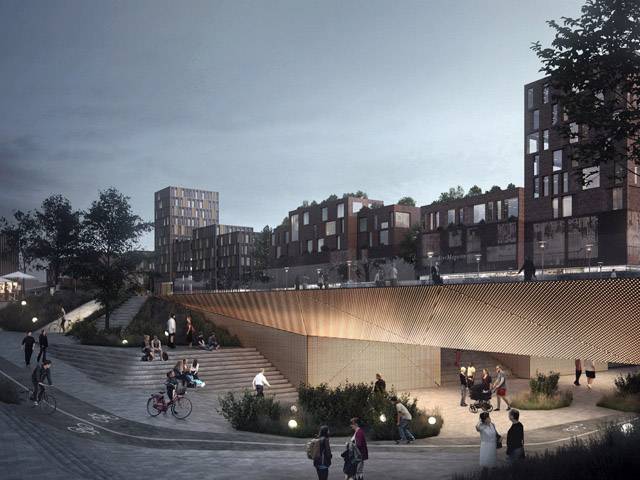 While Roskilde station is already the most trafficked railway hub in Denmark outside of Copenhagen, since its completion, the railroad tracks have acted as a barrier, cutting off the contemporary city development from its historic downtown. EFFEKT’s solution will transform the station into a “unifying hub” by injecting new urban life and improved pathways throughout the district.

“The new Station Area will transform the previously divided city into a new urban destination. It will create a coherent urban experience in Roskilde, inspired by and in respect to both the rich cultural heritage and the cutting edge contemporary culture that Roskilde is known for,” says Sinus Lynge, founding partner at EFFEKT.

To revitalise the station, the team rejected the traditional typology of a station as a ticket office and waiting room, choosing instead to integrate the infrastructural program into the surrounding urban fabric.

“A comfortable seamless transition is crucial to the design of the new station area. For this reason, we have designed the Roskilde passage as a new type of urban landscape that smoothly flows under the railway tracks and optimally connects all modes of transport. In this way the public space creates a new relationship between the two parts of the city,” says Bart Brands, principal of karres+brands.

“Where infrastructure often connects on a global and regional level, it also often divides a city on a local level. The new Station Area will be reintegrated as an integral part of the network of streets and public spaces in Roskilde. So many stations have already been transformed into shopping malls and related commercial programme. In Roskilde our aim is to transform the station into a new the city center blurring the lines between the city and the station,” says Sinus Lynge.

The winning design calls for shops, cafés and restaurants to be located directly alongside the station platform, meaning travelers will be greeted with a lively urban area immediately upon disembarking.

Rather than using a traditional bridge or tunnel, the two sides of the city will be connected by an “open green urban space” below the tracks, which will also be lined with shops, cafés, service areas and informal meeting places. Program pieces will be organised to foster increased efficiency and intuitive navigation through the station for the nearly 30,000 daily passengers.

A former parking area and leftover industrial land will also be transformed, serving as the site for new housing, offices, retail, and hotel structures, interspersed with a series of new urban spaces, each with its own individual character. The new district will be planned for a wide variety of scales, densities and programs that will allow the area to integrate seamlessly into the surrounding city fabric.