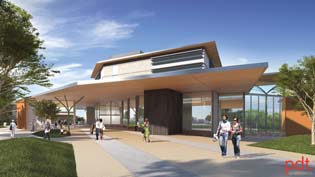 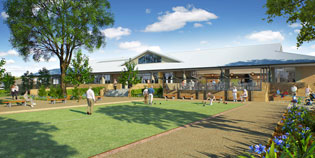 “The Affinity Village and The Corso projects now have independent proof that they are among Australia’s greenest community centres. Both buildings will deliver energy and water savings, reduce operational costs and improve the health and wellbeing of occupants,” says the GBCA’s Chief Executive, Romilly Madew.

Affinity Village, which is located in Baldivis just 35 minutes south of Perth’s CBD, will eventually feature 220 independent living homes. Scheduled to open early next year, the community centre was awarded its Green Star rating for a range of environmentally sustainable initiatives, including solar passive design, high levels of indoor environment quality, the innovative supply of natural light to the building, and individual metering and motion sensors which will reduce energy consumption.

Barry Mann, Stockland’s General Manager of Development in Retirement Living says: “In achieving the first Green Star rating for any retirement living building, we have demonstrated our industry leadership and set a new benchmark in sustainability.

“The energy and water initiatives within the community centre will deliver savings of up to $30,000 per year on electricity bills alone, which brings tangible benefits to our residents. We are now working to transfer the knowledge gained from this project to our other projects,” Mr Mann adds.

Moreton Bay Regional Council Mayor, Allan Sutherland, says that The Corso at North Lakes had been designed to set a new benchmark for public buildings in local communities, with construction of the $45 million civic and office complex to begin in a matter of weeks.

“Not only will The Corso at North Lakes utilise 160 solar panels to minimise mains electricity use, make maximum use of natural light and harvest its own storm water, the site will have easy access to public transport including the Moreton Bay Rail Link, due for completion in late 2016.

“It all adds up to lower running costs and a sustainable, prosperous future for one of Australia’s fastest growing communities,” Mayor Sutherland says.

Stockland is also the developer of North Lakes, and will make a contribution to The Corso under an infrastructure funding agreement with Moreton Bay Regional Council.

“We are extremely proud to support Moreton Bay Regional Council in the delivery of a 5 Star Green Star rating at The Corso. This industry-leading building fits in well with the award-winning North Lakes master-planned community. The focus on sustainability excellence will deliver tangible benefits for residents of North Lakes and aligns well with other initiatives such as the Green Business Fund at our North Lakes business park,” says Stockland’s North Lakes Project Director, Richard Rhydderch.