Do green roofs make a building more vulnerable to fires? You’ll be surprised to know that some characteristics of green roofs actually work to protect buildings from fire threat. 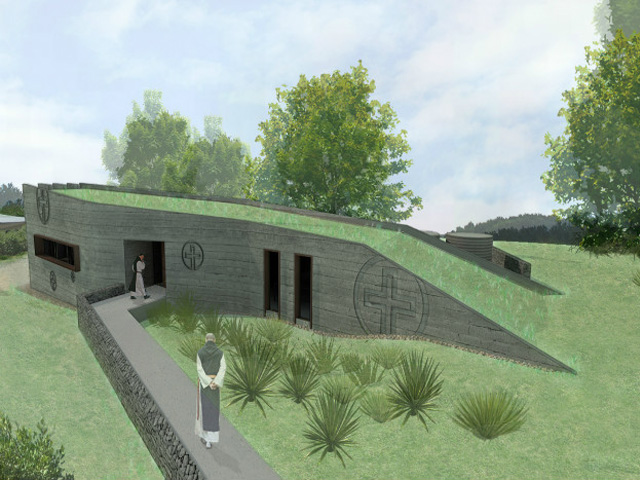 Green roofs – or roofs that incorporate planted zones comprised of drainage layers, and irrigated soil media – have many benefits that are increasingly being recognised overseas and in Australia. These include: 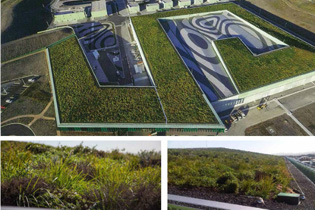 These benefits have long been measured and quantified internationally, and increasingly so for Australian conditions.

Shallow profile/lightweight green roofs are affordable solutions from an architectural and design engineering point of view. They are also visually attractive and connect the building to the wider landscape. Home owners who build in vegetated areas may want a green roof to blend their building into its surroundings.

But do green roofs make a building more vulnerable to bush fires?

The intuitive response to this question may be that putting grasses and shrubs on top of a building in areas where there is already a large amount of vegetation producing fire fuel loads is probably not the smartest idea. However, research suggests that this is not the case. Some characteristics of a green roof actually work to protect the building from fire threat.

Germany boasts more than 200,000,000 square metres of green roofs installed for the thermal and storm water management benefits they provide. Germany has mandatory green roof regulations in some areas, as well as strict building controls and design requirements for green roofs. The Germans have undertaken fire testing of the individual green roof layers, and the whole assembly in combination.

Their findings state that “when green roofs are designed, installed and maintained with expertise and experience the safety standard of the building is improved. A building with a green roof is, in the German experience, safer than a building without green roof.”

Further to this, in Germany there is typically a 10 to 20 per cent discount on fire insurance when a properly designed extensive green roof is installed.

Green Roofs for Healthy Cities in the United States state that “green roofs have a much lower burning heat load (the heat generated when a substance burns) than do conventional roofs...GRHC has co-developed Fire Design Standard for Vegetative Roofs with SPRI (approved by ANSI) that ensure that green roofs offer fire protection and follow local fire codes.”

In Australia, the City of Sydney’s Green Roof Design Resource Manual states that “green roofs in some circumstances can slow the rate that a fire will spread through a building so long as the substrate has a level of moisture in it.”

So would a green roof afford a building protection from bush fires resulting from the extreme summer time weather conditions we have here in Australia?

The Victorian Desalination Project in Wonthaggi includes a 26,000 square metre extensive green roof. Some limited fire testing was undertaken during the design phase which did indicate that the substrate layers did not transfer heat from fire to the underside of the roof.

The extensive/shallow profile green roofs typical in Australia include a subsoil drip irrigation system that will wet the soil profile periodically. A green roof, if planted with vegetation having low flammability properties (typical of native ground covers and flaxes that often have succulent foliage) will retard fire.

Using this principle, architects have designed a fire shelter and multi-use building for a community of Cistercian monks in the Yarra Valley, Victoria. This project includes a green roof which runs up the rear of the building from ground level to encapsulate it with a living blanket.

The project also includes on-site collection and storage of rain water which feeds a sub soil drip irrigation system. This is connected to a pump that runs off a generator.

On extreme weather days such as those that faced the residents of the Yarra Valley and elsewhere on February 7, 2009 (known as Black Saturday), the building’s occupants can not only charge their phones and watch cricket, but also benefit from the peace of mind that their building is wet, and covered with a fire suppressant roof.

Obviously further testing and development is required before green roofs form part of the conventional building code in Australia. However, there well may be a role for green roofs as part of our resilience and climate change adaptation strategies as temperatures and the number of extreme weather days increase into the future.