A proposal for two bicycle and pedestrian bridges could connect Chicago's industrial Goose Island to surrounding neighbourhoods and transit points. 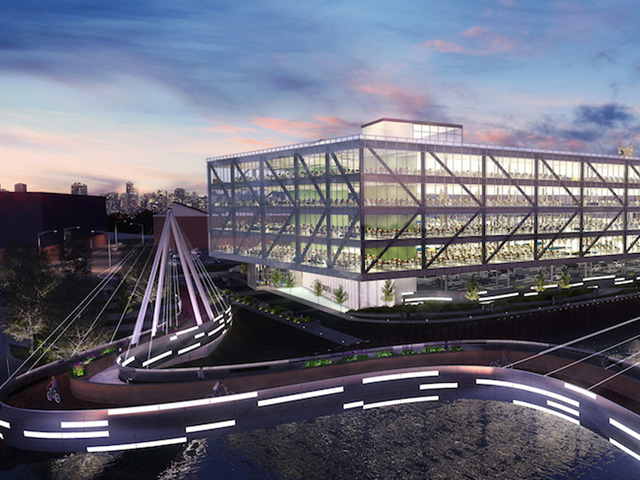 Chicago-based developer R2 and urban design studio Port Urbanism are campaigning to regenerate Goose Island, which occupies a central site in the city of Chicago. Their proposal includes a curving span at Ogden Street, designed by local firm Hartshorne Plunkhard Architecture, which would cross over the portion of the river that is navigable by barges. 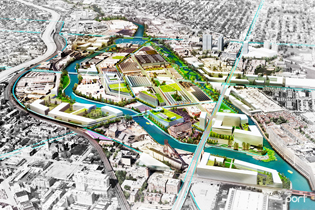 The curving bridge design is not a concrete proposal, but is meant to suggest possibilities for the island, which is currently only accessible by two vehicle entry points. A second bridge at Evergreen Street would cross the narrower eastern channel of the river, which is not navigable by shipping craft.

Though centrally located, the island is relatively unknown to most Chicagoans. The designers believe it could become a hub for tech businesses if regenerated with better connections to the city.

A new centre for university and commercial collaborations in design, technology, and manufacturing, called UI Labs recently opened there.

Port Urbanism approached R2 to study the little-known industrial zone, and the developers, who own several properties there, agreed and commissioned a study called Goose Island 2025.

"The thing that we realised is that we have to get out ahead of this, because no one was looking at the potential of the island," Moddrell said.

Goose Island is currently designated as a Planned Manufacturing District, so residential buildings cannot be constructed there.

Port Urbanism's plan advocates a small amount of residential development on the southern tip of the island. The firms also suggests turning the now non-navigable North Branch Canal into a water garden for recreational uses like kayaking.

The 160-acre piece of land is located in the middle of the Chicago River and is immediately adjacent to several prosperous neighbourhoods including River North, Wicker Park, and Lincoln Park and is near downtown.

The island was created in 1853 when the North Branch Canal was dredged to increase barge traffic in the river.

Famous for its expansive lakefront, Chicago's riverfront is an increasingly important site of development in the city. Chicago's history of constructing engineered landscapes, including Goose Island, is key to the city's future, Jonathan Solomon wrote in Dezeen.

Images top to bottom: The proposed design could connect Chicago's industrial Goose Island to surrounding neighbourhoods and transit points; the island currently occupies a central site in the city of Chicago. 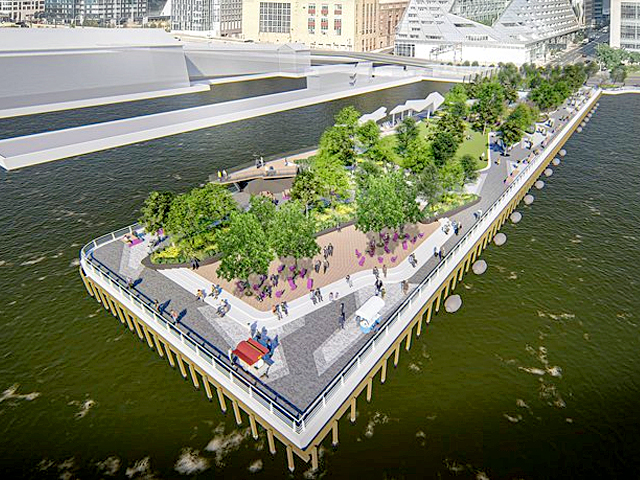